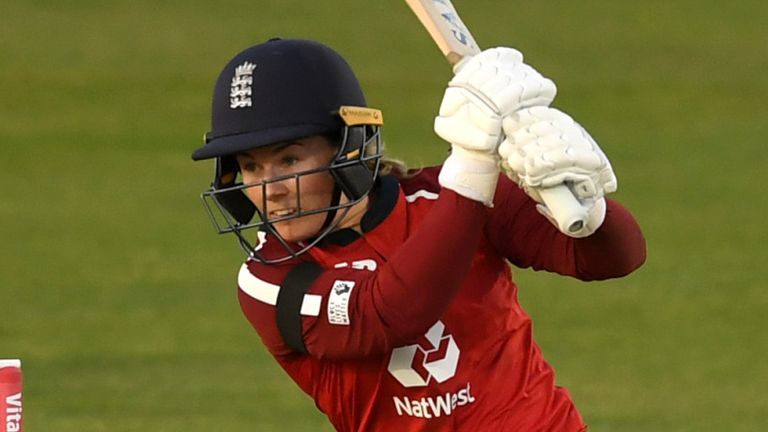 Tammy Beaumont scored a superb 42-ball half-century as England Women beat West Indies by 47 runs in the opening game of the T20I series.

Having been dropped to the middle-order ahead of the T20 World Cup earlier in the year, Beaumont was back opening by the end of it and in England's first game since that tournament, she showed just why she should stay there with a blistering 62 from 49 balls.

That seemed to have set England on their way to a mammoth total but a collapse of 5-19 late in the innings meant Heather Knight's side were kept to a still competitive 163-8.

It proved more than enough as West Indies lost Hayley Matthews and captain Stafanie Taylor inside seven overs and rarely threatened to chase it down despite a 45-ball fifty from Deandra Dottin (69 from 59 balls), finishing on 116-6.

Six months on from England's last game, Knight's decision to bat first at the toss paid off as Beaumont and Danni Wyatt got the home side off to a flyer, putting on 43 before Wyatt (17) was bowled by Taylor in the final over of the powerplay.

Nat Sciver (7) quickly fell to Taylor (2-34) but Beaumont kept going and looked in fantastic touch, middling a number of drives through the offside and crunching a couple of pull shots to the fence as well.

She added 52 for the third wicket with Knight (25) before the skipper wafted at a wide one from Shakera Selman and edged behind. 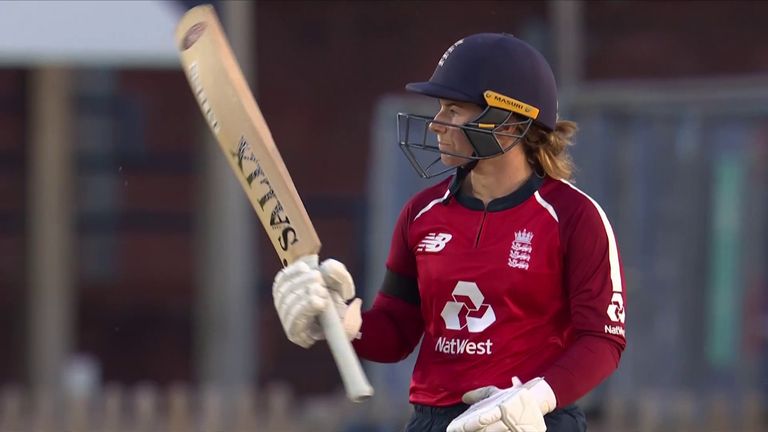 Beaumont brought up her seventh T20I fifty with a four, whipped through midwicket and followed it up with a straight six off Aaliyah Alleyne but eventually fell to Selman, not getting enough on an audacious reverse ramp to allow Afy Fletcher to take the catch running back from short third man.

That triggered an England collapse with Katherine Brunt (0) and Sarah Glenn (7) both stumped off Matthews (2-25) either side of Amy Jones (24) holing out to give Selman (3-26) her third wicket.

Fran Wilson (4) then fell to Shamilia Connell (1-27) in the last over and having looked like topping 180 at one stage, it took a Sophie Ecclestone boundary from the penultimate ball of the innings to get England past 160.

Despite an impressive comeback with the bat, West Indies' hopes rested on their big-hitting top three and when Sciver had Matthews (3) caught at mid-on in the third over, 164 was already looking a long way off.

Neither Dottin nor Taylor (8) were able to find any sort of rhythm during the powerplay and when the latter was bowled by Sarah Glenn (1-27), England were well on top.

Dottin and Lee-Ann Kirby took the visitors past the halfway stage of the innings before the opener finally sprung to life with a six back over Shrubsole's head. 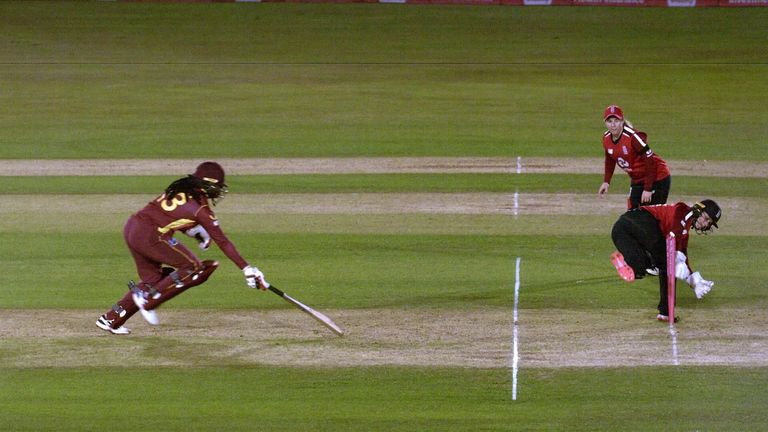 However, the momentum was soon quashed by a farcical run out. Dottin pushed the ball into the legside, was sent back by Kirby as she tried to come back for two and would have been out for a distance if Shrubsole had not disturbed the bails before the ball reached her.

In the confusion, Kirby had found herself halfway down the wicket, Knight picked up the loose ball and despite a poor throw, Jones was able to collect it and whip off the bails with Kirby (7) stranded.

Dottin continued to play her shots, launching Glenn over deep midwicket for a massive six, but had little in the way of support, Shemaine Campbelle (9) stayed around for a time before quick work from Jones saw her stumped off Sciver (2-16). 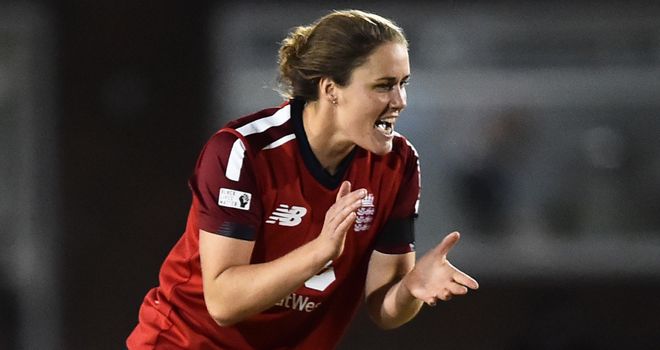 Dottin reached her half-century and advanced to 69 before being bowled by Ecclestone in the 19th over, with the England left-arm spinner trapping Chinelle Henry (0) lbw two balls later before the game drifted to a conclusion that had been inevitable for some time.

England take a 1-0 lead in the five-match series but West Indies only have two days to wait for the second game and a chance to level it up.