Mark Wood and Stuart Broad blast England to 400 before South Africa collapse to 88-6 - watch day three from 7.30am on Sunday on Sky Sports Cricket 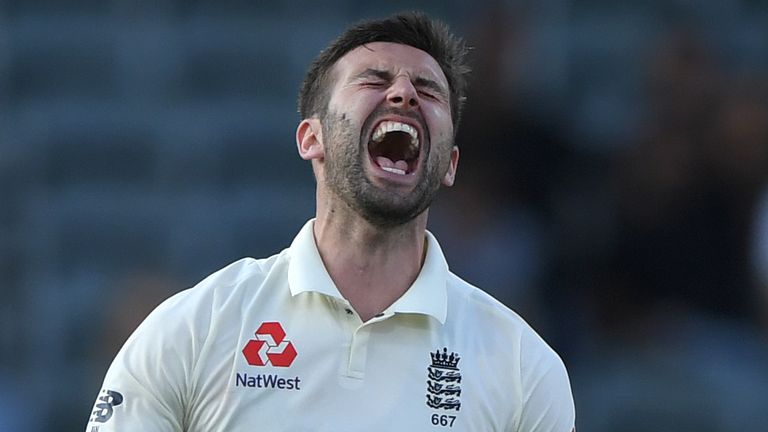 England are in total control of the fourth Test after Mark Wood starred with bat and ball on day two against South Africa in Johannesburg.

Wood then took three wickets as South Africa tumbled to 88-6 in the final session and closed a mammoth 312 runs in arrears, with Ben Stokes - on the day he was fined 15 per cent of his match fee after clashing with a supporter on day one - Sam Curran and Chris Woakes striking once each.

England had bossed the first hour, which began 45 minutes late due to a wet outfield, with Ollie Pope (56) sealing his third Test fifty and captain Joe Root (59) his 47th as the pair extended their fifth-wicket stand to 101.

Anrich Nortje (5-110) bowled Pope the ball after drinks and then had Root and Curran (0) caught behind from successive deliveries as England lost three wickets for 11 runs, which became 5-60, when Jos Buttler (20) and Woakes (32) fell after lunch following a brief flurry of runs.

However, Broad and Wood's blistering salvo propelled England up to 400 in their first innings for the second Test in a row and the clatter of wickets in the evening boosted their push for the win that will seal a second straight Test series victory in South Africa, after their 2-1 triumph in 2015-16. Root hit a hundred in England's seven-wicket success at Wanderers four years ago and would have been eyeing three figures again after becoming the third England batsman, after Pope and Zak Crawley (66), to reach fifty.

But after Pope chopped Nortje on looking to leave, Root then snicked the same bowler behind, having been given a lifeline two overs earlier when Faf du Plessis grassed at slip after Nortje induced the edge.

Curran slashed behind next delivery to leave Nortje on a hat-trick and although the paceman couldn't manage that - Woakes leaving an innocuous delivery well alone - he did complete his maiden Test five-for when Du Plessis caught Woakes in the cordon after lunch. Buttler tried to give England impetus but skied Vernon Philander to cover early in the second session to hand the retiring seamer his 224th wicket in his 64th and final Test for the Proteas.

Broad and Wood then provided the fireworks with four and three maximums respectively as they punished some wayward bowling from South Africa before Broad top-edged Dane Paterson to Pieter Malan.

Malan was the first man out in South Africa's reply, snicking Wood behind from what according to CricViz, at 94mph, was the second-fastest wicket-taking delivery by an Englishman in Tests, behind only the 97mph thunderbolt Steve Harmison removed Glenn McGrath with in Perth in 2006. 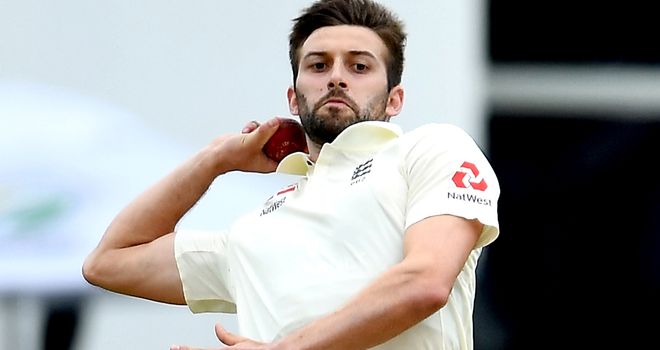 Wood then rubber-stamped a superb day for England by having the recalled Temba Bavuma (6) caught low at slip by Stokes and nightwatchman Nortje (6) snaffled by Joe Denly at gully from the final ball of the day, with Quinton de Kock unbeaten on 32 from 44 deliveries.

Watch day three of the fourth Test between South Africa and England, in Johannesburg, live on Sky Sports Cricket from 7.30am on Sunday.