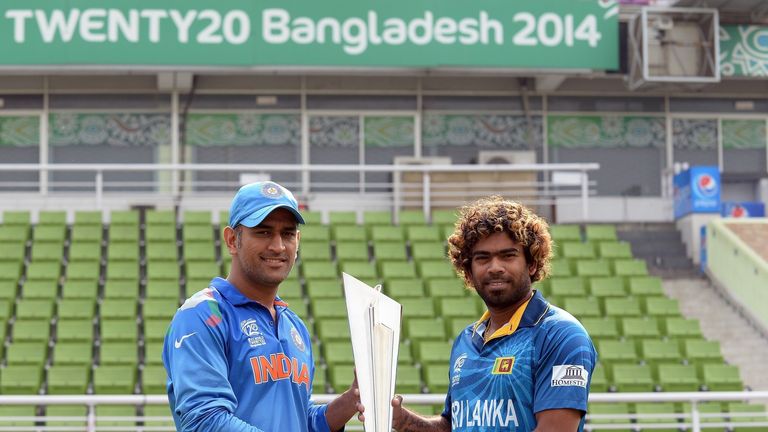 Mahendra Singh Dhoni wants more of the same from India in the World Twenty20 final against Sri Lanka on Sunday.

Victory for Dhoni's men in Dhaka would make them the first team to hold all of the International Cricket Council's major limited-overs trophies - World Cup, Champions Trophy and World T20 - at the same time.

But India's captain wants his players to focus purely on beating Sri Lanka in what is a repeat of the 2011 50-over World Cup final.

"The only important thing now is to do well in the final. We should not think about anything else," said Dhoni. "It's more important to win the World Cup for your country than think about stats.

"That (treble) will be very good for the side, but that's something we can always think about after we've done well in the final."

India come into the showpiece occasion on a seven-match winning run in T20 internationals and have enjoyed serene progress through the tournament.

Virat Kohli is the leading run scorer and it was his 72 not out in the semi-final win over South Africa that turned a potentially tricky chase of 173 into a stroll.

Conditions in Bangladesh have suited India's bowlers and Dhoni has been pleased by the way different players have stepped up when required.

"The spinners have got a bit of purchase of the wicket and they made sure they capitalised on that," he said.

"Overall it's a perfect team environment where when somebody needs to do a job, there have been individuals who rose to the occasion and said: 'Ok I'll be the person who will take the responsibility'."

For veteran duo Kumar Sangakkara and Mahela Jayawardene - Sri Lanka's middle-order engine room for more than a decade - it represents a last chance to put that right before they retire from T20 internationals.

Paceman Lasith Malinga will continue as captain, even if regular T20 skipper Dinesh Chandimal returns to the starting XI.

Chandimal opted against playing in the semi-final against West Indies after missing the final group game against New Zealand - which was effectively a quarter-final - due to a suspension for his side's repeated slow over-rate.

He could replace Lahiru Thirimanne, who top scored with 44 against West Indies, or - more likely - Sri Lanka will name an unchanged line-up.

"T20 is about whoever turns up on that particular day. Form goes out of the window," said Sri Lanka's English coach Paul Farbrace.

"It's about making sure we're ready and focused. What happened two years ago won't even be talked about."