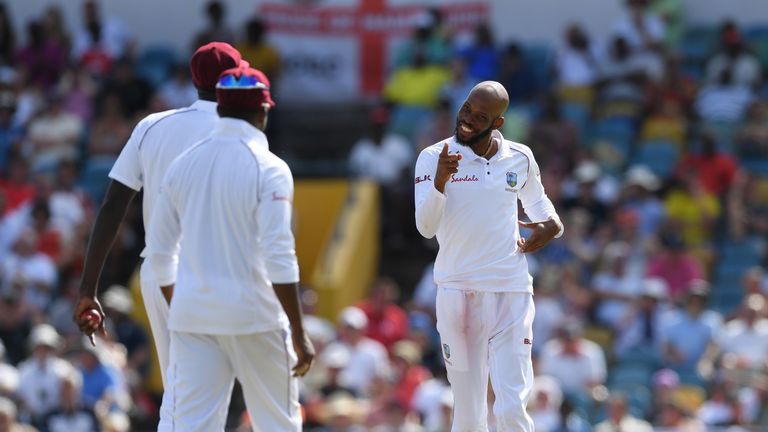 Chase finished with Test-best figures of 8-60 as England were bowled out for 246 less than an hour into the evening session in Barbados.

Rory Burns top-scored for England with 84 but no other batsmen passed 50 and the tourists head to Antigua 1-0 down in the three-match series.

With a target of 628, the prospect of an England win was always remote - and has been since they were skittled for 77 on day two - but as Burns and Keaton Jennings took England from 56-0 at the start of play to 85 without loss midway through the session on a placid surface, hopes of an unlikely draw were raised.

However, both were gone by lunch, Jennings (14) caught at second slip after driving loosely at Alzarri Joseph and Burns, after a fluent knock, bowled through the gate by Chase in the final over of the session.

Shannon Gabriel looked to have bounced out Joe Root soon after the restart but the England skipper was reprieved when replays showed the fast bowler had overstepped.

It did not take long for Gabriel to strike again though as Jonny Bairstow (30) tickled the ball down leg and was caught by Shai Hope, standing in behind the stumps for Shane Dowrich.

Root (22) failed to make the most of his second chance as he guided the ball to slip off Chase midway through the afternoon session but after Ben Stokes and Jos Buttler put on 48 for the fifth wicket, England capitulated either side of tea. 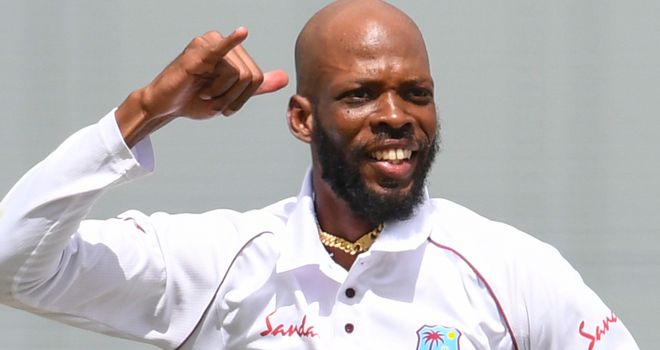 Stokes (34) was trapped lbw by Chase and Moeen Ali (0) ended the match with a pair after tamely prodding the last ball of the session to gully, handing Chase his fourth scalp.

Buttler (26) made it five in the off-spinner's first over after the break, chipping the ball to midwicket where John Campbell took a superb catch, diving to his left.

A remarkable reaction catch from Shimron Hetmyer did for Ben Foakes (5), Adil Rashid (1) holed out to deep midwicket and Chase sealed the win with the wicket of Sam Curran (17), stumped down the legside.