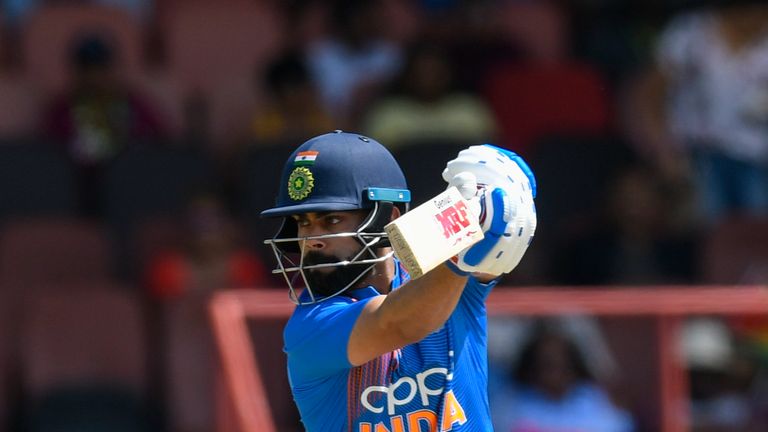 Rishabh Pant blasted an unbeaten 65 as India completed a 3-0 Twenty20 series victory over the West Indies in Providence.

Pant and skipper Virat Kohli put on 106 for the third wicket as the tourists, who had won the toss and elected to field, surpassed their target of 147 to reach 150-3 and seal a seven-wicket victory with five balls to spare.

Kohli contributed 59 runs from 45 balls, while Pant's knock came from three fewer deliveries and included four sixes - the last of which ended the game - and four fours.

India seamer Deepak Chahar had earlier ripped through the West Indies top order, dismissing openers Sunil Narine and Evin Lewis, as well as No 3 Shimron Hetmyer, as he took three wickets for just four runs to reduce them to 14-3. Deepak Chahar took 3-4 from his three overs for India

Kieron Pollard's 58 from 45 balls and an unbeaten 32 from Rovman Powell helped the Windies recover to finish on 146-6 from their 20 overs, but that never looked like being enough.

Watch the first ODI between West Indies and India from 2.25pm, Thursday on Sky Sports The Ashes.