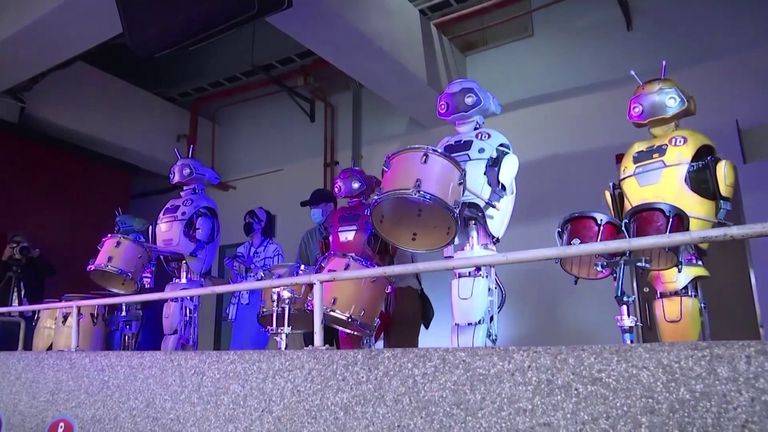 Professional baseball has returned to Taiwan for the first time since the coronavirus outbreak, but with fans still prohibited from entering stadiums, the league is using robots and mannequins to create an atmosphere.

The unusual scenes occurred as the Chinese Professional Baseball League became the first league to play regular-season baseball in 2020.

The Taiwan-based league was scheduled to begin on March 14, but it moved the opener to April 11 because of the coronavirus pandemic.

Public outdoor gatherings are limited to 500 people in Taiwan.

Filling the empty stands at Taoyuan International Stadium in Taoyuan City, about 25 miles west of Taipei, were mannequins and robots which have been programmed to bang drums.

The Lions beat the Chinatrust Brothers 4-1 in an 11-inning game that lasted more than four and a half hours.