World Athletics president Sebastian Coe believes there is time to overcome issues posed by the coronavirus pandemic; Coe also expects improvements in footwear technology to see a host of world records in Tokyo 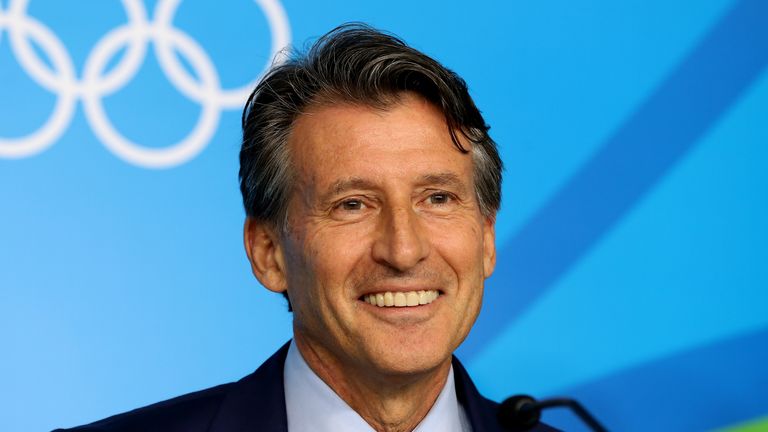 World Athletics president Sebastian Coe is still hopeful overseas fans may be able to attend the Tokyo Olympics and says there is still time to overcome challenges posed by coronavirus.

The former London 2012 Olympics chief was speaking less than a week after Japanese news agency Kyodo reported that the country's government has decided to stage the Tokyo Olympics and Paralympics without overseas spectators because of fears among the population over the potential spread of Covid-19.

A formal decision on overseas spectators is expected to be made by the end of the month.

"I would love to see people from overseas in the stadium safely and securely and following all the Covid protocols," Coe told a virtual media conference.

"It's not a deal-breaker for the athletes, but I think everybody would prefer to have stadiums with people in and ideally diverse and reflecting the planet and the Olympic movement we live in.

"We also understand, as I did in London [2012], that we deliver a Games for global communities. It's very different from any other sporting event.

"I'm sure that when the delivery partners that will be making that judgement look and recognise the scope and scale of the Games, they will recognise also that there are some challenges, but that those challenges really, if possible, can be overcome."

A recent poll found that 77 per cent of Japanese people did not want international visitors to attend the Games, with 18 per cent in favour of overseas fans attending the spectacle between July 23 to August 8.

Coe, who was speaking at the launch of the virtual Museum of World Athletics, also believes that the recent improvements in footwear technology are likely to see more world record broken in Tokyo.

"I think they will reflect a whole series of interlocking factors that go to high-class performance. But I readily concede that the creativity of the shoe companies is unlikely to inhibit those performances."