The first day of the ROCKWOOL Denmark Sail Grand Prix is live on Sky Sports Arena from 2pm on Friday, with the second day of action following at 12pm on Saturday; this will be the fourth SailGP event of Season 2, with Great Britain and Australia leading the standings 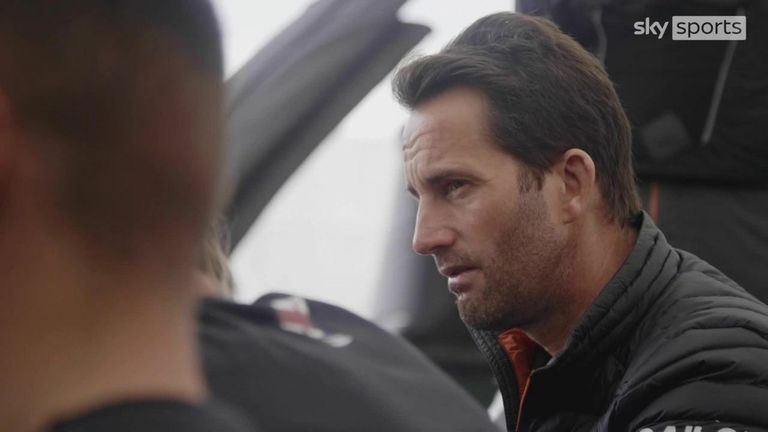 Sir Ben Ainslie returns to the wheel of Great Britain's F50 as SailGP Season 2 prepares for the ROCKWOOL Denmark Sail Grand Prix in Aarhus this weekend.

After a successful start to the season and an event win in Bermuda, Ainslie stepped aside for the most recent SailGP events due to welcoming his baby son Fox into the world.

Paul Goodison took his place at the helm of the British boat, however with limited preparation and practice time, he wasn't able to be as effective as Ainslie had been.

A sixth-place finish in Taranto and fourth in Plymouth kept the team's tally ticking though, and across successive race days on Friday and Saturday, live on Sky Sports, Ainslie will endeavour to press on again.

"The team has done brilliantly over the past two events. It was great to see Paul come into the team and with very little time to practice beforehand get straight into the thick of it," Ainslie said to SailGP.

"They battled hard, and it was great to see their fighting spirit come through and finish on a really positive note with a race win in our home event in Plymouth.

"Now, coming into Aarhus we've got to regroup quickly. It was a full-on day out there [during practice], a real team effort to keep the boat on its feet and we hit our fastest speed yet which is always good fun.

"One of those days where you're glad you can get the boat back to the dock in reasonable shape!

"We've got three key events pretty much back-to-back coming in Aarhus, Saint-Tropez and Cadiz [Andalusia, Spain] so it will be very important to get going quickly, get some solid finishes and try to keep ourselves at the top-end of the league."

Following the conclusion of this SailGP event, Ainslie and his team have a key decision to make regarding their team formation, with one female athlete being selected to join them full-time for the remainder of the season.

This season, SailGP are focused on boosting female inclusion within the championship and in the opening events of the year, the British team have had different athletes trialling with them. All of the other teams have also been developing female sailors.

Athlete trialists | The journey so far

Big shout out to our Season 2 trialists who have been a huge addition to the team, after Aarhus we announce our new full-time athlete 🙌#RaceForTheFuture #SailGP pic.twitter.com/dPEBzZsrji

Hannah Mills travelled with the British team to Bermuda and Anna Burnet to Italy. Four other athletes then attended the team's home event in Plymouth and now, Hannah Diamond is the final trialist in Denmark.

"We can only really accommodate one more full-time sailor with the team so it's going to be a tough decision how we move forward after this event," Ainslie said.

"We've had some great athletes with the team over the past few events, real team players and very talented sailors all of whom have brought brilliant experience, attitude, and personality.

"We'll get our heads together after this event and finalise a decision based on what we think will be best for the team".

The British team are not the only outfit welcoming back individuals in Denmark, as Peter Burling, Blair Tuke, Josh Junior and Andy Maloney have all re-joined New Zealand's team.

All four continue to surge forwards with a relentless schedule of sailing which has included New Zealand's successful defence of the America's Cup, the start of this SailGP season and then the Olympic Games.

In Tokyo, Burling and Tuke won silver in the men's 49er and now they have their eyes fixed on moving back up SailGP's leaderboard. The team are currently eighth, however there are only five points between themselves and the leading teams.

"Our main goal for the weekend is to utilise all the learnings we've made over the last three events and try to string together some good races," Burling said.

"The shore crew has been getting the boat in a lot better shape which is an important part of this event so it's great to come back in and take on board those learnings from the last couple of events and keep progressing as the season goes on." 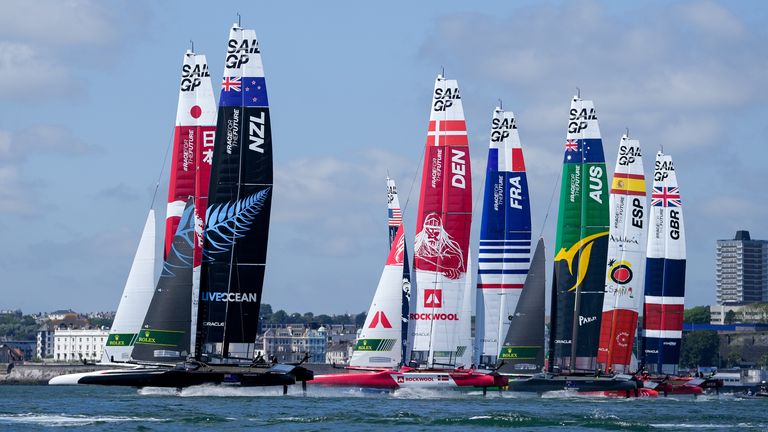 With the nature of SailGP, the nature of the racing, the quality of the fleet and with the talent that's in these teams, it is going to be really hard for one team to stand out and dominate. It's going to be really tight racing, down to the wire. That's what we love about SailGP, that intensity of racing, the close battles we're seeing on the water and I expect to see more of that.

As with every SailGP event, the wind conditions will play a big part in proceedings - whether they replicate the practice sessions and produce 27-knot gusts or are lighter and challenge crews in that regard.

With the opening three events of the season having produced three different winners - Great Britain, Japan and Australia - and three events taking place in the next seven weeks, every team will know how pivotal this period is for their respective campaigns.

The fact that there's currently a question mark next to the eighth of the nine events, also means that getting points on the board early will be of the utmost importance.

The eighth event of Season 2 is due to take place in New Zealand at the end of January 2022, however access for teams and staff to enter New Zealand has recently been declined.

As always, we want to keep you informed of any event updates.

Rest assured, all of our remaining events in the SailGP Season 2 Championship are still going ahead.

When we have more info we’ll let you know. Thank you as always for your support 👌 pic.twitter.com/buhhjk90wk

SailGP has said that joint discussions will continue and that all of the other events on the calendar are set to take place, including the season finale on March 26 and 27, 2022.

The final two days of racing will take place in San Francisco and they will conclude with a $1m winner-takes-all final in order to crown Season 2's champion.

Watch every race day of SailGP Season 2, on Sky Sports. The first day of the ROCKWOOL Denmark Sail Grand Prix is live on Sky Sports Arena from 2pm on Friday, with day two following at 12pm on Saturday.