Alistair Overeem has won a glittering array of championships in MMA and kickboxing but suffered plenty of adversity too. A UFC heavyweight title would make him uniquely decorated...

Prospect in the Far East

There wasn't much in the early years to suggest Overeem would reach such heights. His body had nowhere near filled out to today's hulking frame and he competed beneath the macho world of heavyweight.

Worryingly, he suffered three stoppage defeats in his first 10 pro fights - an early sign of the vulnerabilities to come. "I can go back to '99 when I first fought in MMA, and I started kickboxing aged 17 - I've not had many easy fights, these are all tough guys," he exclusively told Sky Sports.

Japan became a frequent stomping ground as the nation became trail-blazers in MMA's Wild West but he couldn't maintain an early winning streak when the competition intensified.

Overeem by the numbers

Overeem embarked on a run of form so horrible that it now seems incredible to think he was beaten from pillar to post by such a group of eventual cage legends.

"2005 was very good, I beat Vitor Belfort," Overeem said. But two wins against Belfort were scant consolation next to stoppage defeats to Chuck Liddell, Fabricio Werdum, Ricardo Arona, Mauricio 'Shogun' Rua and Antonio Rogerio Noguera. By his 27th birthday, Overeem was a pin-cushion of damage and needed a major change.

"I beat Mark Hunt, Peter Aerts and Badr Hari," Overeem reflected of this period where he turned a major corner.

A return to Overeem's kickboxing roots reignited his engine. A knockout win over future world champion Hari in 2008 was notable until victory over Aerts, an all-time great, became the best of the bunch. Submitting current UFC heavyweight Hunt during this period also remains a career highlight. Defeats to Hari and Remy Bonjasky in 2009 proved Overeem was still there for the taking, but he was growing… literally.

The athletic, slim-line frame had long been eschewed in favour of a muscle-bound physique that fast-tracked Overeem's ascent to heavyweight with mixed results. Through 2010 he earned significant kickboxing results while defending his Strikeforce title with aplomb. The Overeem of today had been born. 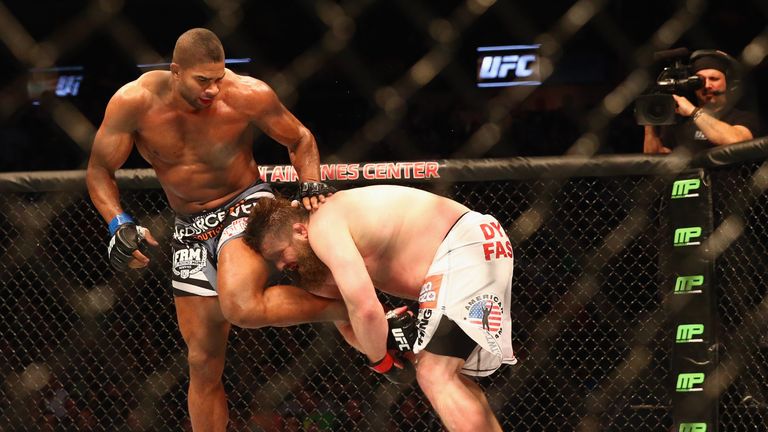 There's so many moments I can be proud of. I've defeated a lot of big names and I've got a string of belts hanging on my wall.

The Dutchman's best night to date may be when he dispatched Tyrone Spong, Gokhan Saki and Aerts within minutes of each other in a tournament to crown a kickboxing world champion.

"There's so many moments I can be proud of," he said. "I've defeated a lot of big names and I've got a string of belts hanging on my wall. 2010 was my championship year."

"I'm also proud of 2011 when I defeated Fabricio Werdum who [was] UFC heavyweight champ, then beat Brock Lesnar," Overeem said. Beating Werdum confirmed the Dutchman as a world-class contender, and his UFC debut yielded a vicious knockout win against Lesnar that sent the WWE crossover star tumbling into retirement.

But two back-to-back knockout losses came out of nowhere. Suddenly the memories of those early KO defeats came flooding back, and Overeem found himself in a land of heavy-hitters without the sturdiness to survive.

"I recently lost three fights but that's happened before, I recall it in 2006-07, but if you compete at the top you will sometimes lose," he said. A clear change of style would begin to pay dividends.

A switch of home to the Albuquerque super-gym run by Greg Jackson taught Overeem to be elusive and patient, and hide his vulnerable chin. Sure enough, he blasted away ex-UFC champions Junior dos Santos and Andrei Arlovski. 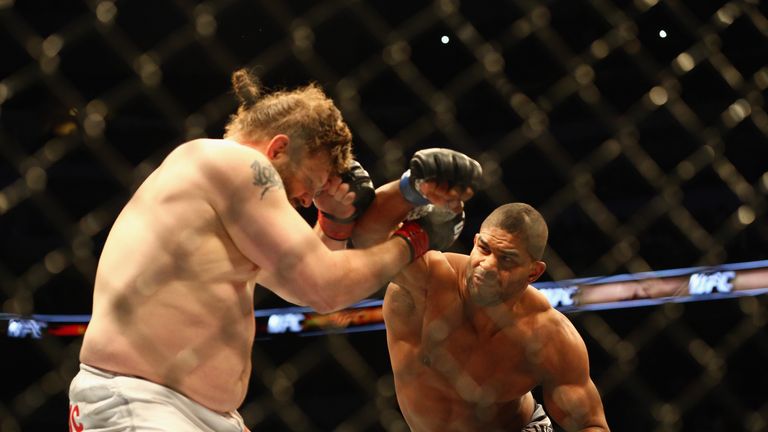 "Saying I'm the best heavyweight in the world is extreme but I'm the best version of myself that I can be," Overeem told Sky Sports last year. "Is that good enough to be the best in the world? I'm trying, so we'll see."

Almost 20 years of professional fighting has finally earned Overeem a crack at the UFC heavyweight championship which would be the cherry on top of a unique career.