“I think I’m the hardest, and that now I’ve got near the top, I can see the games that people play.”

The last time Jimi Manuwa felt the adulation of fighting in his home city, he was dealt the biggest obstacle of his career. Exorcise that ghost, and the Londoner could bring a rare UFC championship fight to the capital…

It felt like Jimi Manuwa had bitten off more than he could chew when he crashed to the canvas in his previous appearance as the main-event attraction of UFC London. A previously unbeaten slugger, he had challenged the higher-ranked Alexander Gustafsson but was put back in his place. It was the positive reaction to this humbling, three years ago, that has allowed Manuwa to clamber back up the ladder towards the pinnacle of his sport.

"From the Gustafsson fight, I think it was way too early for me - but I think I'm the hardest, and that," Manuwa exclusively told Sky Sports in a south London twang that could have come out of a Guy Ritchie movie. 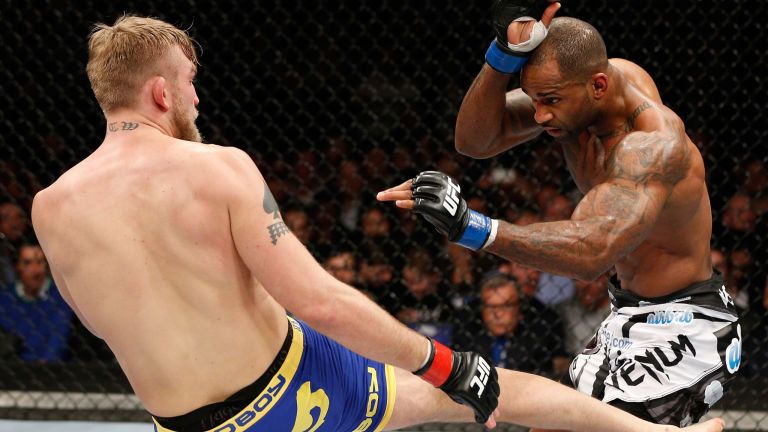 I hadn't even watched any of his fights. Those little fine details, when you get to the top, you've got to pay attention to.

"I was unbeaten so I went into the fight blind, I hadn't even watched any of his fights. Those little fine details, when you get to the top, you've got to pay attention to."

Manuwa found martial arts to stabilise a life that had threatened to go down the wrong path, and competed professionally for just eight years before being thrust into the spotlight at The O2 Arena against the far more schooled Gustafsson. So who better to train alongside? Immediately after a knockout loss, Manuwa packed his bags for Sweden to learn from his conqueror.

It wasn't a quick-fix solution - the Londoner was beaten on his Stateside debut by the fearsome puncher Anthony 'Rumble' Johnson so Manuwa's deserved appearance as the headliner of this month's UFC London was not written in the stars.

"I took a lot of good stuff from the 'Rumble' fight like my weight, my strength," he said. "I made a silly mistake by throwing a head kick without putting anything behind it, which cost me the fight. One little mistake at the highest level costs you a fight, which I've learned."

He owns losses to the light-heavyweight's divisions top two contenders yet a few swings of his vicious fists, last October, dramatically put Manuwa back on track. His knockout of No 6 ranked Ovince Saint Preux was a career highlight and, with the speed of his own thunderous punching, he has amassed more momentum than any rival as the jostling for the next opportunity at the world title begins.

"Listen, I'm ranked No 4," he said. "One more good performance and I'm going for the title. The top three have had their chance, so I want to go straight for the title. Everyone will realise I'm not messing around."

He will welcome America's Corey Anderson to the cage inside London's O2, but it hasn't been easy finding a willing tourist. 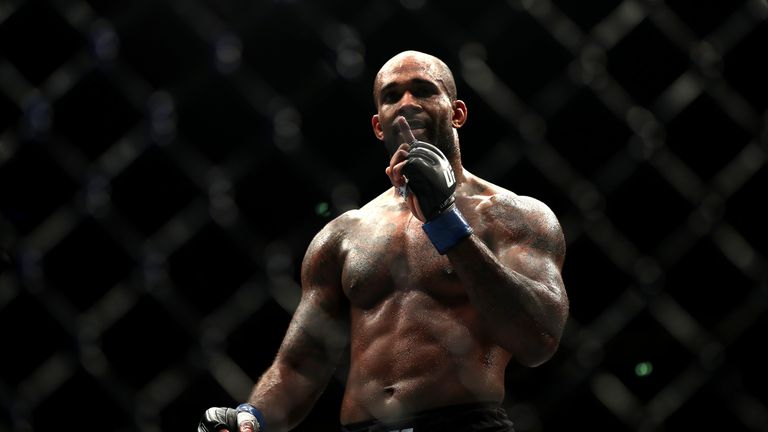 I thought my fighting would do the talking. Now I've got near the top, I can see the games that people play.

"Glover Teixeira, Ryan Bader did, 'Shogun' - they all turned down this next fight with me," Manuwa said.

"Look at Teixeira, he fought someone who's not even in the top 15 which makes zero sense. Why wouldn't he want to fight someone in the top five to challenge himself?

"These people are playing games to cement their position and hold onto their ranking, and it's not good. The UFC shouldn't allow this.

"I am learning now. Back then, I was ranked No 10 or No 8 so I thought my fighting would do the talking. Now I've got near the top, I can see the games that people play. I thought everyone wanted to fight the best, and earn title shots, but it's not like that.

The world championship in Manuwa's division will next be defended by Daniel Cormier against 'Rumble', who has already lost once to the title-holder. The pathway for Manuwa to become just the third Brit to fight for a UFC belt is clear, but after struggling to find an opponent for this month's fight, is he worried that the future champion might also avoid him?

"Come on, man. Why would they? You're at the top of the world, you should have the confidence to beat anyone. When I'm champion, I'll fight the best because I am the best."

Michael Bisping, Britain's first UFC champion, won his belt overseas but defended it in his home city of Manchester last year - does Manuwa dream of raising the golden prize aloft in London? 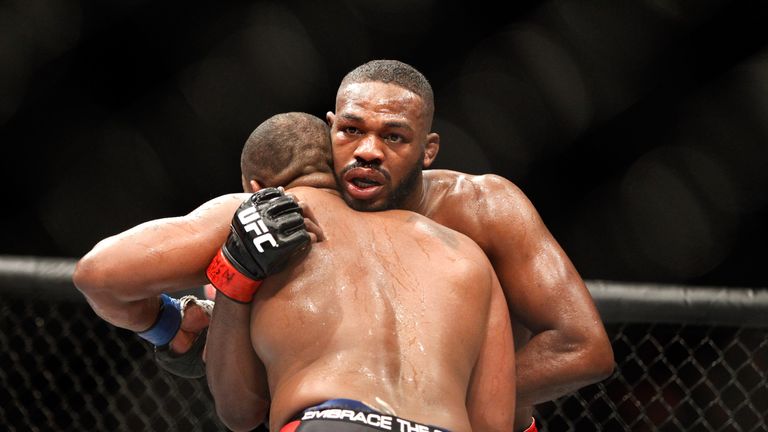 Jones has never fought a knockout specialist. I'd like to see him fight either me or 'Rumble', and see how he puts up with getting hit on the chin.

"How great would that be? I swear. I can see it coming this year, whether it's London or Vegas. I know it's coming."

The elephant in the room remains Jon Jones, the light-heavyweight commonly regarded as an all-time great, whose dominant world title reign only ended due to a suspension that ends this summer. Jones has already beaten the current champion plus five of the top seven contenders - Manuwa is a notable exception.

"Of course, I'd love to fight him," Manuwa said. "He's the greatest fighter of all time. Why not? I think I could knock him out. He's fought Teixeira, who is one-dimensional and doesn't have the variety of striking that I've got.

"Jones has never fought a knockout specialist. I'd like to see him fight either me or 'Rumble', and see how he puts up with getting hit on the chin."

Fighting legends, challenging for world titles, bringing the gold back home. There is plenty for Manuwa to accomplish even before conquering his eventual dreams. First, he must overcome the ghosts of fighting in London.