Seth Rollins is confident Monday Night Raw can thrive under Paul Heyman's stewardship ahead of Raw Reunion next week.

While his tenure is young, there have already been plenty of hints of the 53-year-old's handiwork on screen in recent episodes.

There is plenty of excitement brewing ahead of this coming Monday's edition of Raw - a Reunion show from Tampa, Florida.

Legends such as 'Stone Cold' Steve Austin, Shawn Michaels, Ric Flair and Hulk Hogan will all be on hand for an epic event.

Rollins spoke exclusively to Sky Sports this week and admits he's looking forward to the night and is also content that, under Heyman, Raw will be in good hands.

"I'm always excited because everyone in that creative department puts their money on the line every week," he said.

"You never know when it is going to be your last opportunity to go out there and hit a run. Everybody [in creative] works really hard to put out the best, three-hour show each and every week.

"Having Paul Heyman on board in that role will only help streamline ideas. Paul obviously has a history of being an ideas guy, and a creative person in our industry for years and years. 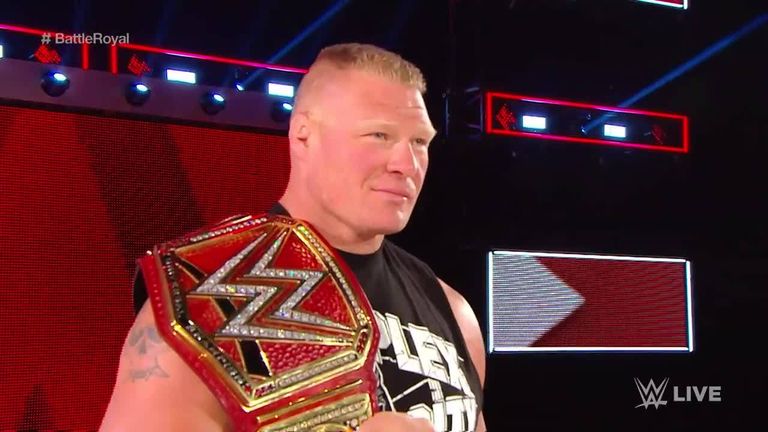 "Hopefully, he will only help facilitate a brilliant show from week-to-week."

There will be more legends than you can shake a stick at for Raw Reunion, with Diesel, Razor Ramon, Jimmy Hart and Christian all slated to appear.

Rollins, 33, added: "It's always nice, because we don't get to do this very often. Whenever we get to pay homage to the stars of yesteryear, it's a really cool experience.

"I'm looking forward to seeing Stone Cold, Shawn Michaels, Hulk Hogan and guys like that; guys I grew up looking up to.

"It's always humbling to be involved on the same kind of show as they are."