The Raw roster begin their post-Survivor Series rebuilding process tonight after a disastrous display in Chicago.

The red brand picked up just a single victory on Sunday night when the Viking Raiders defeated The New Day and Kyle O'Reilly & Bobby Fish in a tag-team champions triple threat.

They were on the wrong end of defeats in all of the inter-brand matches in which they were involved and, while that is not an urgent cause for concern, it is a source of embarrassment for the Monday night show.

Raw champion Becky Lynch was a technical loser in her triple threat match with SmackDown strap-holder Bayley and NXT champion Shayna Baszler when the latter tapped out the former.

Lynch, however, regained some of her momentum after the bell by attacking Baszler and throwing her through a commentary desk at the conclusion of the event.

Check out the repeats of WWE Survivor Series on Sky Sports Box Office!

That angle could lead to Baszler coming back for another crack at Lynch, which could, in turn, lead to a return to the WWE fold for Baszler's friend Ronda Rousey.

Rousey has been away from the business since her WrestleMania loss to Lynch in April as she plans to start a family with her husband Travis Browne but there has been some speculation she may be about to come back.

In the men's title picture, Rey Mysterio must decide whether or not to continue to pursue WWE champion Brock Lesnar or to call it quits after losing to the Beast on Sunday. 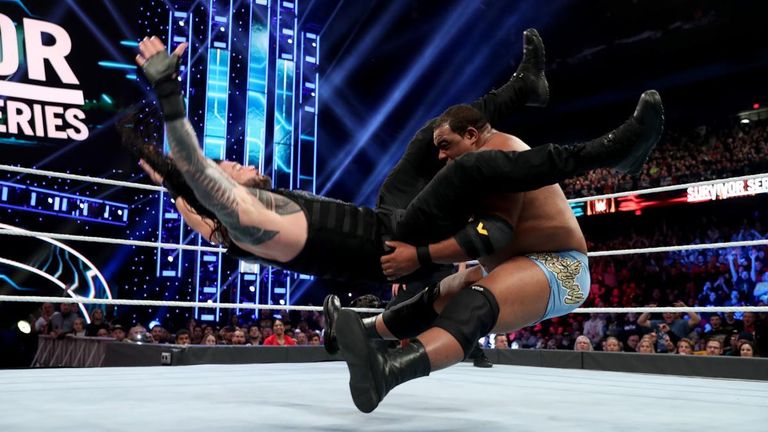 Mysterio cannot be accused of failing to give it his best shot in Chicago, using a lead pipe and plenty of assistance from his son Dominic but ultimately falling short in his quest for the gold.

Could Cain Velasquez provide the latest challenger to Lesnar, with the Mysterios in his corner? Or will Seth Rollins, who was surprisingly pinned by Keith Lee in the men's inter-brand elimination match at Survivor Series, return to one against challenge the former UFC star?