In accepting a move to the bench, Al Horford has given the Philadelphia 76ers the best chance of turning around his fortunes and those of the team.

In the midst of an extremely expensive offseason, one in which they also signed Ben Simmons to a maximum value extension and brought back Tobias Harris to a max deal of his own, to go along with the already-extended max deal given out to Joel Embiid, the Philadelphia 76ers found the time to sneak in the signing of Al Horford from the Boston Celtics.

Horford joined the Celtics' long-time division and conference rival after making the All-Star roster on five separate occasions already in his career, all of them as a premium-calibre center. But the 76ers signed him to be their starting power forward.

When Horford came into the NBA, the consensus was that he was perhaps better suited to play at the power forward position, having played the position in college alongside Joakim Noah at center. Even throughout his tenure with his first team, the Atlanta Hawks, with whom he started almost every game at center for nine years, the annual discussion would come back to whether Horford could be moved back to his "natural" position at some point, once the "experiment" ended. Even his father agreed it was the right one for him.

Back in the day, the power forward position was the orthodox one for players of Horford's skill set and athleticism. Long-standing convention held that centers, basically, had to be 7ft tall and play with their back to the basket primarily; Horford is not and does not.

However, the very well-documented evolution of the NBA over the last few years has seen players of his type instead now be deemed centers by design. Height does not matter as much now as mobility and the ability to play all areas of the court do, and while others are more athletic, there are few as sage as Horford.

Leaving aside for a moment the very valid question as to whether they will be able to afford all of these big salaries going forward, and what repercussions that might have for the depth of their roster during what could be a championship window, the 76ers had the opportunity to add a big-name free agent this past summer due to the favourable timings of the extensions to their core duo of Embiid and Simmons. 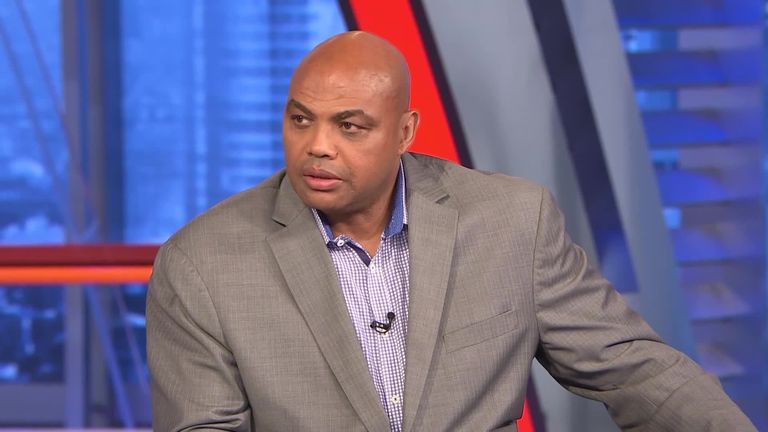 Charles Barkley likened the Philadelphia 76ers to the Cleveland Browns, stating he's fed up with teams that say they're better than their record

Having a quality back-up to Embiid - a player who lost most of his early career through injury and for whom hardiness will always be a question - is an important thing for the 76ers to have. Yet to give over so much of their limited resources to a position that was already filled with so much remaining outstanding on the depth chart surprised everyone.

The only way it could work is if Horford was able to play the power forward spot, and if the 76ers could regularly operate two-big line-ups in direct contravention of the evolution of the league around them.

Unfortunately, as the first half of this season showed, they couldn't. 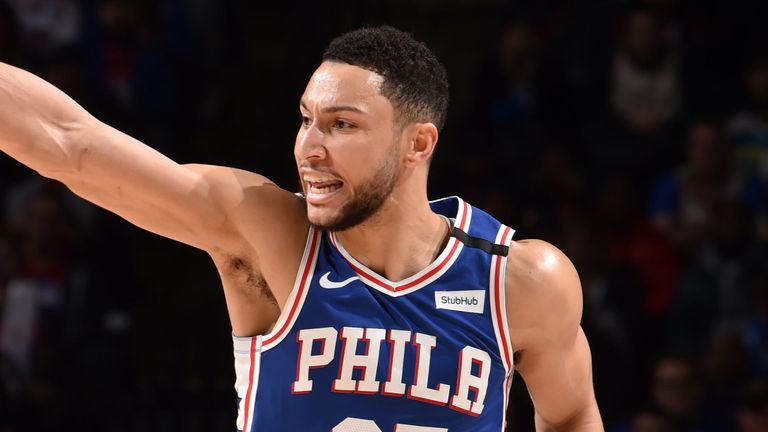 The manner of the Philadelphia 76ers' victory over the Oklahoma City Thunder was a step in the right direction, says NBA TV analyst Grant Hill

As the NBA emerges from the All-Star break, Philadelphia are still in the Eastern Conference picture with a 34-21 record, good for the provisional fifth seed. But they have not been a balanced team. The defense has been very good, fifth in the NBA in defensive rating on the season - how could it not be when it features the paint monster of Embiid, the eternally savvy Horford, the flexibility and guile of Josh Richardson and the defensive whirlwind that is Simmons, further aided by the contributions of Matisse Thybulle off the bench?

Offensively, though, the Sixers rank only 20th in the league in offensive rating on the season, a number steadily still going down. And the ineffectiveness of Horford as the power forward has been a large part of why.

The longer the experiment went on, the worse results got for Horford as an individual. Throughout the Brett Brown era, the Sixers have thrown a lot of passes compared to the rest of the league, and it was hoped that a passing threat as good as he at the big man positions would be able to open up the court for more cutting.

However, having a non-shooting point guard like Simmons and an inefficient shooting center in Embiid (who is much more effective in the post anyway), along with both Harris and Richardson - also at their best when taking their turns on the ball - getting more spacing into the main five-man unit has proved to be too important.

Someone had to be squeezed out, and that someone was Horford. Indeed, by the end of his run in the starting line-up, the Sixers seemed unable to get him any kind of significant offensive role at all. Without a clear offensive purpose or adequate spacing around him, Horford has been shooting only 44.0 per cent on the season, and he was also shooting less and less regularly; across the month of February, he is averaging less than nine shots per game, while getting to the free throw line only twice in total.

Put simply, with Horford in the starting line-up, the Sixers were just getting in the way of each other.

The reasons for continuing with the experiment was in part due to a lack of other options. The 76ers are extremely shallow at the small forward position, playing Harris there much of the time to cover the Butler-shaped gap, yet Harris is better served as a power forward by this stage in his career. 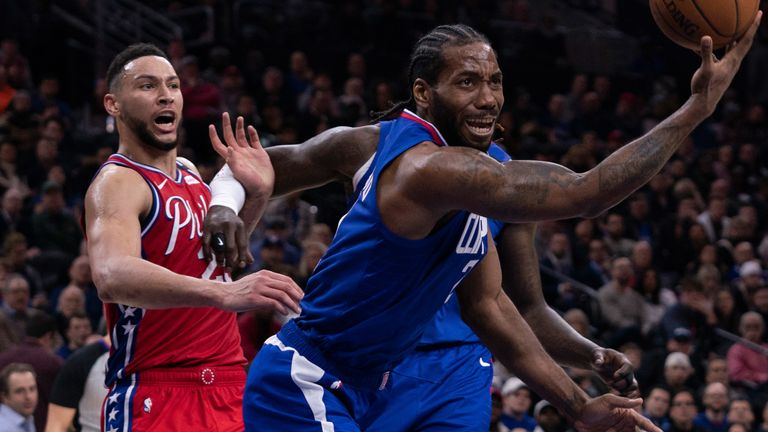 Moving Horford to the bench thus realigned both the starting and reserve units - both he and Harris are now able to play in the areas better suited to them in the modern NBA, both offensively and defensively, and the trio of he, Simmons and Embiid that never worked offensively now does not have to play many minutes together.

As Simmons is famously not a shooter, he needs space in which to drive in the half-court, which in turn requires at least three (ideally four) players on the outside in three-out line-ups - if there is to be one player in the paint, it should be Embiid. Conversely, now that Horford is at center alongside better spacing himself, he can now serve as one of the best players conceivable to work as a pick-and-pop threat with a ball-handler such as Simmons, and also to serve as a hand-off and cutter-hitting hub around which Simmons himself can be the roll man.

There will also be benefits to Embiid being used inside, because if he too is flanked by better shooting, he too will have more space to operate in. Embiid has at various times both embraced and bristled at having to spend so much time on the perimeter to account for Simmons's lack of shooting, but that might not be as necessary now if he spends most of his time alongside Harris, Furkan Korkmaz (who got the start in Horford's absence in the one game since this change was made, and who has become a useful if inconsistent floor spacer this season) and Mike Scott (who has not played especially well thus far this season, but who can be a sweet-shooting power forward should he get back to his best game).

Spacing for Embiid and Simmons can only be good for everyone involved.

As constructed, the Sixers were not working. They had just about kept pace with the top of the East, yet they were falling away, muddling through a four-game losing streak just before the All-Star break and not impressing even in their victories.

The offense had gone from mediocre to poor, and although they were able to add wing shooting help in the forms of Alec Burks and Glenn Robinson III at the trade deadline, the team was not able to make sizeable shifts to their roster to patch over the various holes that the first half of the year made impossible to ignore. Instead, their best means of addressing the offensive shortcomings was to realign what they already had, which in turn meant putting Horford on the bench.

And by accepting that move, Horford actually gives the team the best chance of turning around both his and their overall fortunes.

Long-term, something will still have to change. This is still a lot of money (by far the most committed future salary in the league, in fact) for pieces that do not cohere especially well. But in the immediate term, something already has changed.

And although we have only had one game so far to see the benefits of the switch, do not be surprised if, in their first game since the All-Star break, the Sixers shoot and move better than ever before, accompanied by big games by both Simmons and Embiid.

After all, there should be enough space for everyone now.