Shaq, Kenny and Chuck discuss the latest All-Star voting returns, with LeBron James taking over as the leading vote-getter

LeBron James surpassed Luka Doncic and Giannis Antetokounmpo to take the lead in fan voting for the 2020 All-Star Game. 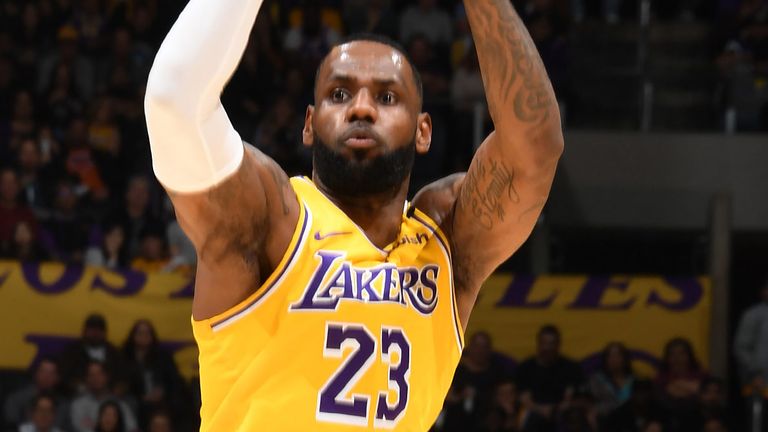 The captains for the February 16 showcase in Chicago will be the player from each conference who receives the most fan votes. James and Antetokounmpo were the captains last year.

Anthony Davis of the Lakers and Kawhi Leonard of the LA Clippers trail James in the West frontcourt voting, with the Houston Rockets' James Harden second to Doncic among guards.

In the East, Joel Embiid of the Philadelphia 76ers and Pascal Siakam of the Toronto Raptors follow Antetokounmpo in the frontcourt. The Atlanta Hawks' Trae Young and Kyrie Irving of the Brooklyn Nets are the top two vote-getters among guards.

Voting for fans, players and media will conclude on Janury 21 at 4:59am (UK time).

The starters and the two team captains will be announced on January 23.