CJ McCollum: Wine, a tea-maker and life inside the NBA bubble

"Something that will stick with me. I think perspective. You've got a better appreciation for life, especially after you spend 48 hours in your hotel"

Portland Trail Blazers guard CJ McCollum admits the unique circumstances in Orlando have evoked an ever-greater appreciation for those around him and the position he finds himself in.

Preparations for the NBA's restart later this month went up a notch this week as players returned to contact practice having spent time in quarantine upon their arrival.

The Disney World bubble created by the NBA confined players to their hotel rooms for two days, although for McCollum there was seemingly enough to keep him busy.

Witnessing players endure the uncomfortable coronavirus testing process has, meanwhile, been a light note to the situation. 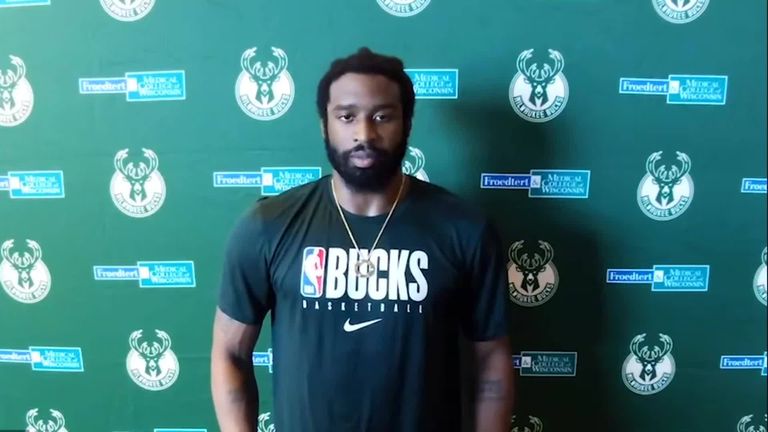 "Something that made me laugh, seeing people's reactions to the swab, the Covid test we've been doing for a while but it's always funny to see grown men shedding tears," said McCollum.

"I've enjoyed my time in the hotel room, it was therapeutic. We've all got cellular devices so we were able to reach out to our loved ones. I've got books, I've got video games, I've got wine, so I'm in a good space.

"Something that will stick with me. I think perspective. You've got a better appreciation for life, especially after you spend 48 hours in your hotel.

Players are set to spend at least a month at the resort as they prepare for the eight seeding games that will whittle the 22 sides down into a 16-team playoff field.

McCollum is one of those to have taken reminders of home with him to Florida.

"I brought my humidifier, a tea-maker so I can drink my tea," he said. "I've got a polaroid of me, my future wife and our dog and I've got all the stuff I need. I don't know what's considered unusual because there is no usual in this world." 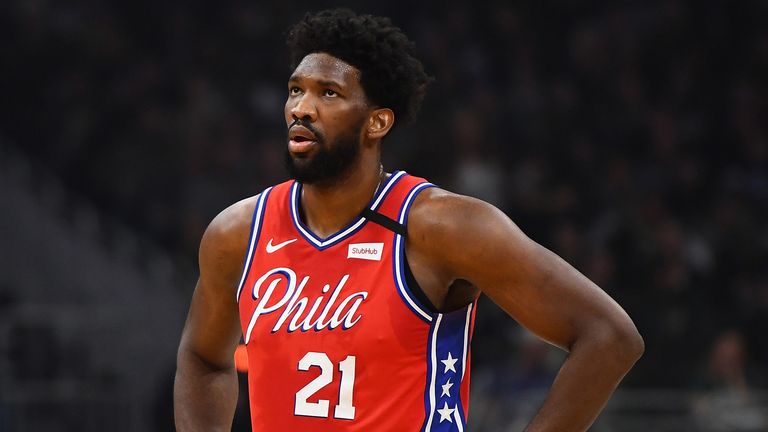 When it comes to life back on the court, McCollum's Portland team-mate Damian Lillard has been impressed with the fitness levels of his fellow Trail Blazers following a four-month hiatus.

The five-time All-Star believes the league's resumption will expose those who have not been working behind-the-scenes during lockdown.

"I've been seeing guys coming in and out, working out hard in the weight room and pretty much staying ready," he said. "Once they let us know when we were going to be playing and what the whole format was everybody took it up a level there and then.

"When we got out on the floor nobody was out of shape, nobody was moving slow, nobody was bent over the whole time. It felt like everybody did what they should be doing to be ready to come in and hit the ground and go. BJ Armstrong, Ovie Soko and Mo Mooncey discuss whether or not Lillard should stay in Portland

"Everybody is going to be rusty, it's going to be interesting to see who's coming in with that focused mentality of, 'we're here to make a run', and who's ready for summer. Who's in shape, who didn't prepare.

"We've got eight games and we don't want to show up here for a month and go home. We're coming here to make some noise."

The Utah Jazz and New Orleans Pelicans will face off in the restart's opening game on July 30, before Portland get started against the Boston Celtics on August 2.

Watch the NBA live on Sky Sports as the 2019-20 season resumes at Disney World in Orlando on July 30.