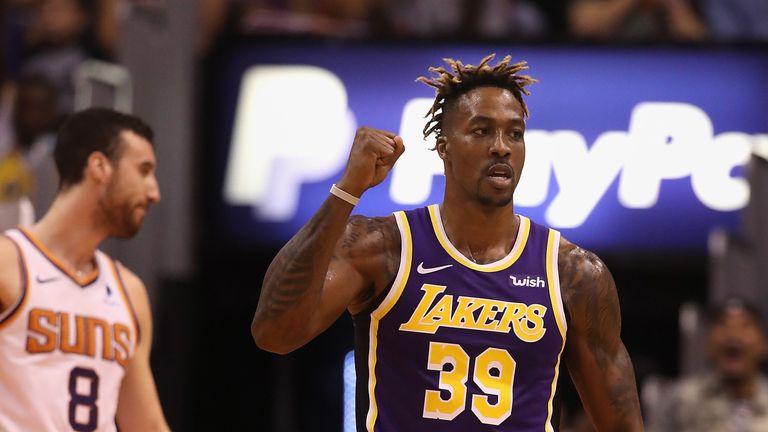 The resurgent Dwight Howard has stepped up to anchor the Los Angeles Lakers’ defense and is the most-improved player in the NBA so far this season, says Sky Sports analyst Mike Tuck.

Howard scooped 48 per cent of the vote on a Sky Sports NBA poll asking fans to select their bounceback player of the season so far. Boston Celtics forward Gordon Hayward was runner-up and Detroit Pistons guard Derrick Rose third.

Speaking on Sky Sports Heatcheck on Tuesday evening, BBL legend Tuck admitted he was "really impressed" by Howard's start to the season.

"This is his fifth team in five seasons," Tuck said. "He had a crazy back injury last season when he was with the Wizards. Coming back from that, no one really wanted him. He got signed super-late by the Lakers in what was a surprise pick-up.

"He has really stepped up. A new team, new hair, a new mentality! He is finally embracing a secondary role and [effectively saying] 'I'm going to be a team guy, I'm going to be a role player.'

"Granted, he isn't averaging crazy numbers but when he is on the court the overall numbers for the team go right up. He doesn't need the ball in his hands a lot to make an impact on the game. Dwight Howard is definitely the most improved player in my mind."

"For me, it is fantastic to see Dwight Howard playing winning basketball," he said. "He has bounced around the league a little bit and been on some bad teams but he is back with the Lakers now. He is with LeBron and AD and he doesn't have to be that guy anymore.

"I know he did a lot of work over the summer. He has changed his diet and changed his workouts. He has worked really hard to get back on the court.

"A lot of people disrespected the mindset he once had. Now, all he wants now is the championship and he is fully sacrificing to give everything for his role in the Lakers system.

"You're seeing the results already. When he is on the court, their defense is much better than when he is off.

"He has even stepped up with DeMarcus Cousins out - which was a huge question mark for the Lakers - and jumped ahead of Javale McGee on the depth chart. Even Shaquille O'Neal gave him his props which I never thought I would see from Shaq! 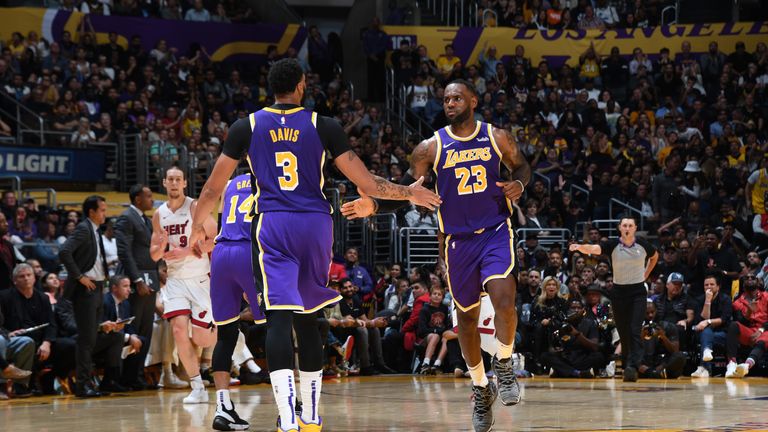 "He has been through a lot, so much has gone on for him," she said.

"To see him humble himself and go back to the Lakers and do what he made his name doing - rebounding - and settle into his position and contribute to the team is nice to see. He now has a focus of 'I want a championship.'