LeBron James and Kyle Kuzma excelled in the Los Angeles Lakers' scrimmage win over the Orlando Magic on Saturday. The Los Angeles Lakers rode stellar performances from Kyle Kuzma and LeBron James to notch a 119-112 win over the Orlando Magic on Saturday afternoon.

The Lakers established a commanding 35-19 advantage through the first 10 minutes and the Magic were only able to shave three points from their deficit heading into halftime. Orlando made it interesting with a 40-point third quarter, but strong production from the second unit led by Kuzma's game-high 25 points helped Los Angeles hold on for the victory.

Kuzma complemented his aforementioned scoring total with seven rebounds and one assist. James followed with 20 points and added seven assists and two rebounds across 25 minutes. Kentavious Caldwell-Pope went 7-for-8 from the field on his way to 17 points. He also posted three rebounds, two assists and two steals. Dion Waiters poured in 12 points.

The only negative for the Lakers was the early loss of Anthony Davis, who was inadvertently poked in the eye with 2:09 left in the first quarter and did not return to the game.

Davis was battling with the Magic's Khem Birch for a rebound when the Magic players swiped him in the face. The Lakers star was having an excellent game with nine points and 10 rebounds in nine minutes.

Although the injury did not appear to be serious as Davis re-appeared from the locker room, he was kept out of the remainder of the scrimmage as a precaution. 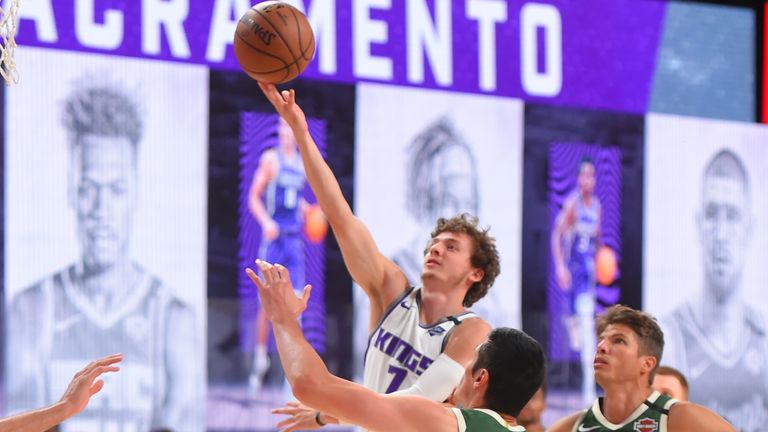 The Milwaukee Bucks' prolific first half, powered by the offense of Kyle Korver and Brook Lopez, helped them to a 131-123 victory over the Sacramento Kings.

The Bucks and Kings engaged in a spirited opening period that Milwaukee emerged from with a 38-33 advantage. The Eastern Conference pacesetters were then able to separate heading into half-time with a 42-point second period, but Sacramento made it interesting by outscoring their opponents, 63-51, in the second half. Milwaukee led by as much as 29 points at one stage of the contest and won the rebounding battle by a 54-42 margin. 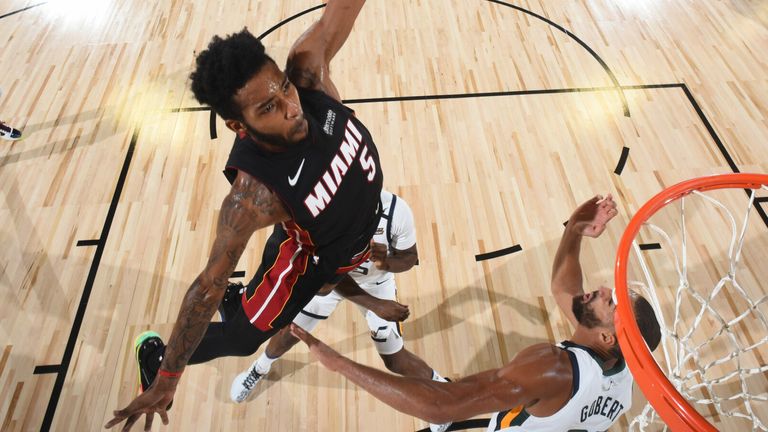 The Utah Jazz defeated the Miami Heat, 101-99, in a restart scrimmage. 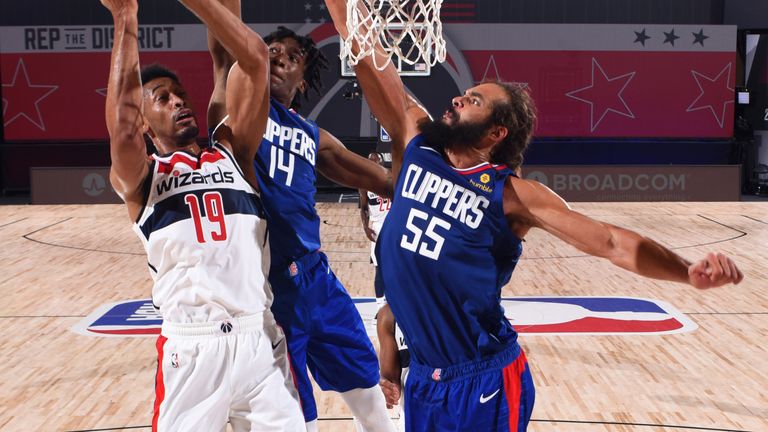 The LA Clippers defeated the Washington Wizards, 105-100, in a restart scrimmage that was more tightly contested than expected.

Despite the fact the Clippers took control of the game quickly with a 30-24 first quarter, they couldn't hold on to that lead for an extended period. In fact, the Wizards came all the way to grab a three-point lead at the half following a 37-28 second quarter.

Washington increased that lead by eight following the third, but the Clippers completed a fourth-quarter comeback thanks to a 29-16 fourth quarter.

Seven Clippers scored in double digits in this game, but, perhaps surprisingly, the leading scorer was Patrick Patterson with 16 points off the bench, while Paul George finished with 11 points, and Kawhi Leonard registered a woeful 3-for-16 night from the field that resulted in just six points.

As for the Wizards, both Isaac Bonga (15 points, 12 rebounds) and Rui Hachimura (15 points, 10 rebounds) posted double-doubles, while Thomas Bryant and Jerome Robinson each had 13 points. 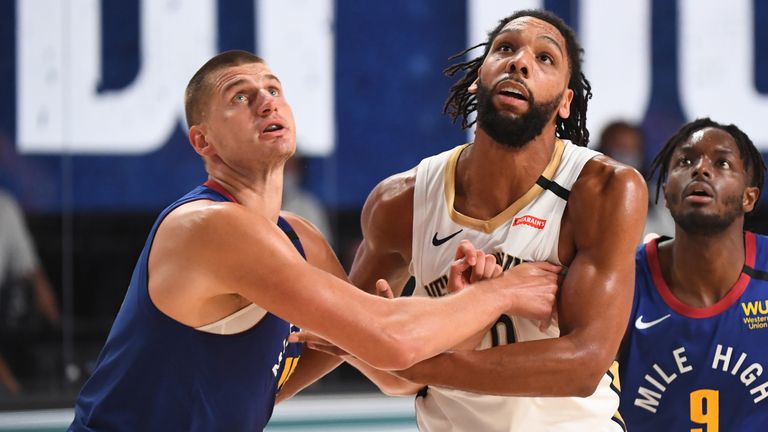 Highlights of the pre-restart scrimmage between the Denver Nuggets and New Orleans Pelicans.

The New Orleans Pelicans granned a decisive 119-104 win over the Denver Nuggets in a restart scrimmage.

The Pelicans had no problem controlling the pace of the game as soon as things started, and they quickly jumped to a comfortable 33-20 lead following the first quarter. The Nuggets, who were extremely depleted once again, were no match for New Orleans.

The Pelicans saw their lead reduce to a sizable 11-point edge by half-time. The Nuggets shortened the gap to 10 points by the time the third quarter ended, but the Pelicans got the job done in the final minutes. A 34-29 fourth-quarter score lifted New Orleans to a comfortable win.

Five Pelicans scored in double digits, and all of them were bench players. Nickeil Alexander-Walker led the way with 21 points, while Sindarius Thornwell notched 12 points, seven assists, and three rebounds. Frank Jackson had 16 points, and Jaxson Hayes delivered 13 points with six boards.

For the Nuggets, Nikola Jokic flirted with a triple-double (11 points, 10 rebounds, eight assists) as a point guard, while Mason Plumlee chipped in with 18 points and 13 boards. Bol Bol posted 15 points despite shooting just 6-for-19 from the field and 2-for-7 from three-point range. 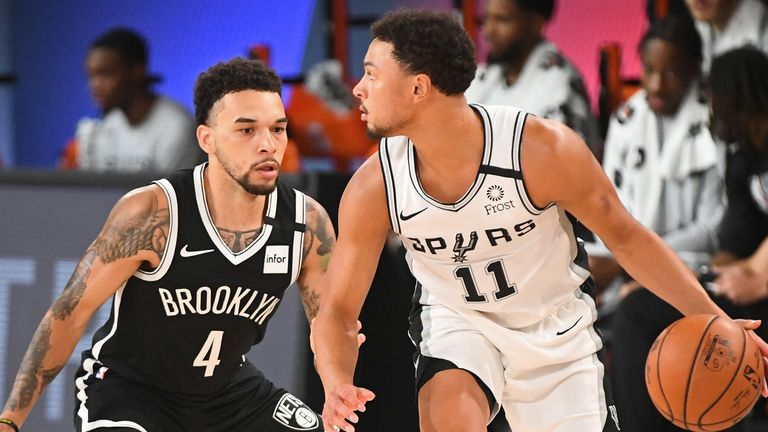 Highlights of the pre-restart scrimmage between the Brooklyn Nets and the San Antonio Spurs.

The Brooklyn Nets defeated the San Antonio Spurs, 124-119, in a restart scrimmage.

It took five ties and 16 lead changes to determine a winner in this game, with Brooklyn riding a 39-31 third quarter to their victory. That gave them a game-high 13-point lead, which was too much for San Antonio to overcome.