The San Antonio Spurs changed gears in the hope of keeping their 22-year playoff streak alive. Huw Hopkins explains how coach Gregg Popovich has kept his team in the postseason race.

Like the hand-me-down car you've had since first passing your driving test, the Spurs' record-equalling 22-season streak of reaching the playoffs was sputtering long before it was finally written off.

At 27-36 when the regular season was interrupted, the streak seemed to be all but over. The old motor had stalled several times in recent years and the wheels nearly fell off when Kawhi Leonard requested a trade in June 2018, but head coach Gregg Popovich just about managed to keep his vehicle on the road last season.

Stretched metaphors aside, the past 22 years have been incredible for San Antonio. And it's only right that the Spurs will keep their foot on the gas until the tank is dry, which is exactly what has happened since play restarted in Orlando.

What led to change in San Antonio?

When LaMarcus Aldridge first signed with the San Antonio Spurs in July 2015, fans in silver and black saw a perfect replacement for an ageing Tim Duncan. Just slot him in next to the blossoming Leonard, re-sign Tony Parker and develop Dejounte Murray to take over when he retires, and, hey presto: you have a new big three. But best laid plans, and all that...

Instead, early on, Aldridge struggled to deal with the intense nature of Popovich's coaching, Leonard was injured then wanted out, Parker wanted to go play for his basketball hero Michael Jordan with the Charlotte Hornets, and Murray picked up a season-ending injury before his second year even began.

Popovich and Aldridge patched up the old 'Spursmobile' to keep things ticking over, and during the 2017-18 season, the All-Star forward became the team's leading scorer.

He did so again the following year with DeMar DeRozan on board. More recently, however, the former Toronto Raptors guard adjusted to becoming the team's leading scorer and Aldridge, at 35, settled into a second fiddle role. But Aldridge still needed touches, so the Spurs would work to get him going early this year. 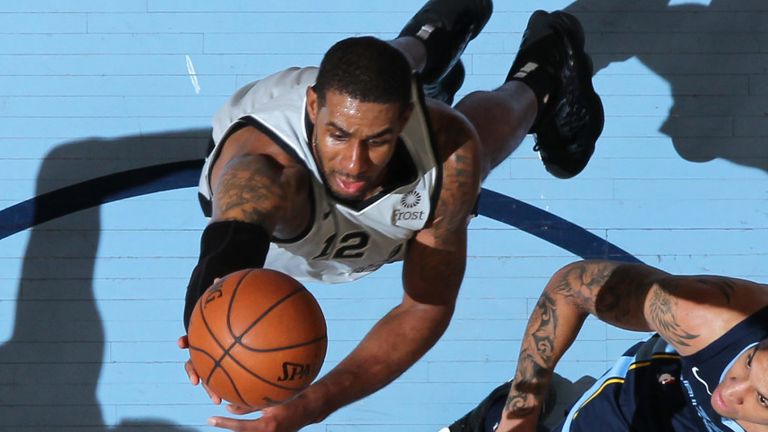 It was a key to his success, but the team was not winning at a clip the franchise was accustomed to, partly because it was built around myriad mid-range specialists. So the Spurs opted for development.

The young rotation of Murray, Derrick White, Lonnie Walker IV, Keldon Johnson, as well as bigs Jakob Poeltl and Drew Eubanks, offered great potential for the future, but they clearly still needed the consistency of an All-Star veteran to compete. When Aldridge was given more touches, the team won, but when his usage rate dropped to around 22 per cent the Spurs lost.

Just before the Spurs returned to action at the NBA's central Florida campus, they announced that Aldridge would undergo shoulder surgery, a season-ending procedure. Popovich had been implementing principles, teaching the younger generation what was expected, but it might have also stifled them during the first half of the season, especially when they had to focus on keeping the veteran involved.

The team averaged 113 points per game before the lockdown, but in the most recent seven games, they are scoring 122. It's only a small sample size, but a big part of this is because they are able to get up and down the court without having to worry about feeding the big guy. 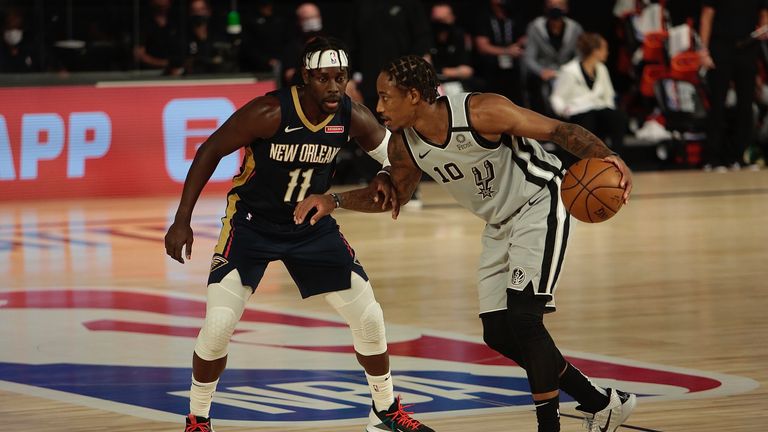 The Spurs' pace has risen from a middle-of-the-pack 100.6 possessions per game to 106.2 since arriving in Orlando. For reference, the Milwaukee Bucks were the quickest team in the league with 105.3 possessions per game during the regular season, and since play restarted in the bubble, the Spurs have recorded the third highest pace behind the Bucks and the Houston Rockets.

Being without Aldridge might have concerned the Spurs faithful, but necessity is the mother of invention, and opening up space in the middle has helped determine the big rotation. 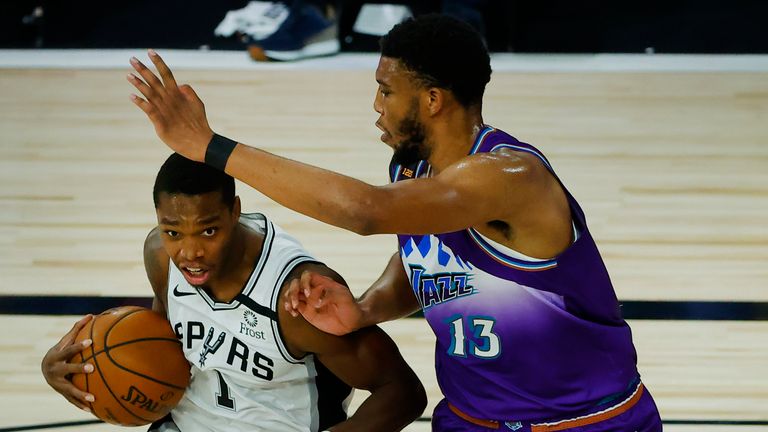 Poeltl is showing that he was not just thrown into the Leonard-DeRozan trade. He is not the highest scorer in 26 minutes, and his eight rebounds and one block per game barely begin to capture his strong defensive contributions, but he has the highest plus-minus (a metric used to illustrate a player's impact on the game, represented by the difference between their team's total scoring versus their opponent's when the player is in the game) of anyone on the Spurs in the bubble with 8.9. In the regular season, this would have given him the fourth best plus-minus in the league.

Poeltl also features as the big man in the team's most used line-up in the bubble. Unlike the rest of the season, it features four perimeter players - something many fans have been keen to see for years. Alongside DeRozan, Murray, White and Walker IV, the team has a plus-minus of 1.3, which doesn't seem like much, but it has helped them to a 5-2 record in Orlando and has put them in a position to make the playoffs.

Will it be worth it?

The San Antonio Spurs are still involved in the hottest playoff race in several years. By the time they play their final game, we might already know their fate thanks to the Memphis Grizzlies and Phoenix Suns playing earlier on Thursday evening. The Portland Trail Blazers will play their final game straight afterwards, live on Sky Sports Arena at 2am.

The Spurs need at least two out of the three rivals for the eighth seed race to lose a game. If they don't, it will not only be the end of their regular season, it will also be the first time San Antonio have missed the playoffs since 1997.

This team probably shouldn't have made the post-season in 2017-18 when Leonard played just nine games, Parker was injured for more than a third of the season, and the most reliably healthy players were rookie Murray and second-year guard Bryn Forbes.

They definitely should not have won 48 games, nor pushed the second seed Denver Nuggets to seven games, in the 2018-19 season. 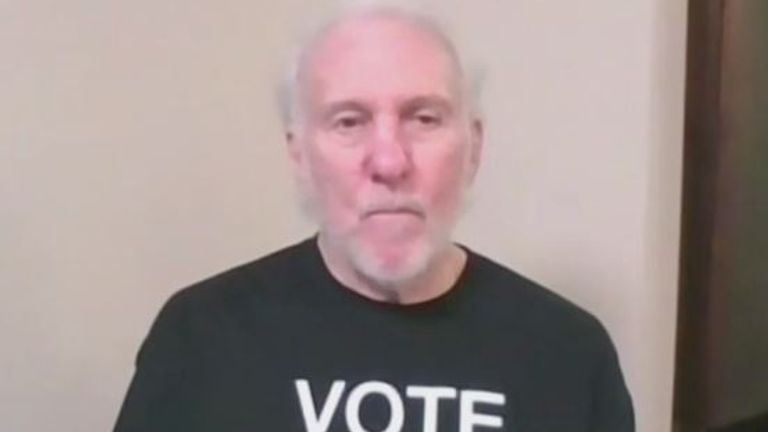 Maybe this year it is only right that the Spurs miss the playoffs, but the fact that they are even in a position to take the race down to their final game is a credit to the organisation. If they do indeed miss out, Popovich has succeeded in what he wanted to achieve in Orlando: to develop the franchise's future.

Popovich hasn't just replaced a few spark plugs or filled the oil tank - this is a brand new motor. It isn't ready to compete for a championship yet, but the Spurs have switched vehicles while driving down the motorway, and they are still in the playoff race as a result.