Baltimore Ravens quarterback Lamar Jackson has been named the NFL Most Valuable Player for 2019, becoming just the second player to be unanimously selected.

Jackson's spectacular season drew all 50 votes from a nationwide panel of media members, joining Tom Brady as the only other player to win the award unanimously.

Baltimore's All-Pro set an NFL record for yards rushing by a quarterback (1,206) and led an offence that compiled more yards on the ground (3,296) than any in league history. 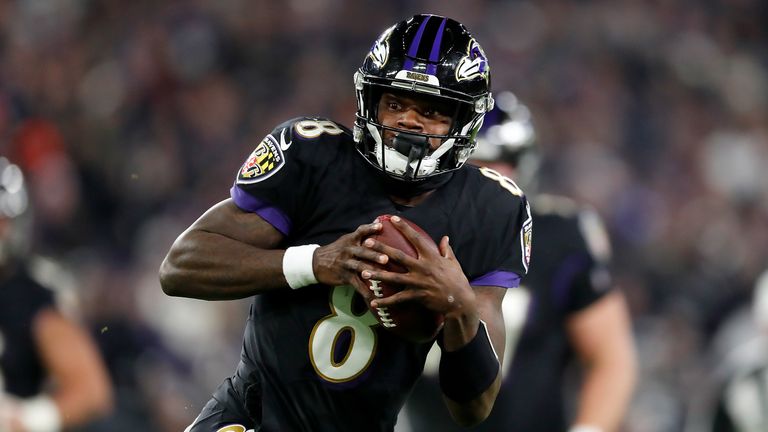 The Ravens won their final 12 games of the regular season to finish at 14-2, the league's best mark.

With his speed, agility and seeming sixth sense for how to avoid tacklers, Jackson was unchallenged as the MVP choice, just as New England's Brady was in 2010. Like Brady back then, neither won a Super Bowl; the Ravens were eliminated in the divisional round by Tennessee.

Jackson is the first Raven to win the award and the seventh consecutive quarterback. The award was announced at NFL Honours.