This week's live NFL on Sky Sports sees the Miami Dolphins travel to the Chicago Bears, who will field Chase Claypool for the first time after his trade; Tom Brady and the Tampa Bay Buccaneers then host the Los Angeles Rams; watch on Sky Sports NFL, from 6pm, Sunday

The defending Super Bowl champions are in action again live on Sky Sports this Sunday, with the Los Angeles Rams travelling to Tampa Bay to face Tom Brady's Buccaneers - in what looks to be a must-win game for both sides.

The Week Nine games to be shown live on Sky Sports NFL have been announced, with the matchup between the Rams (3-4) and the Buccaneers (3-5) a repeat of last year's divisional round playoff clash, which the Rams won 30-27 on their way to lifting the Vince Lombardi Trophy.

The Buccaneers themselves won the Super Bowl following the 2020 season, but both they and the Rams have had their struggles through the opening eight weeks of this campaign and their playoff ambitions are on the line as the pair clash in Florida. The action gets under way live on Sky Sports NFL from 9.25pm, Sunday. 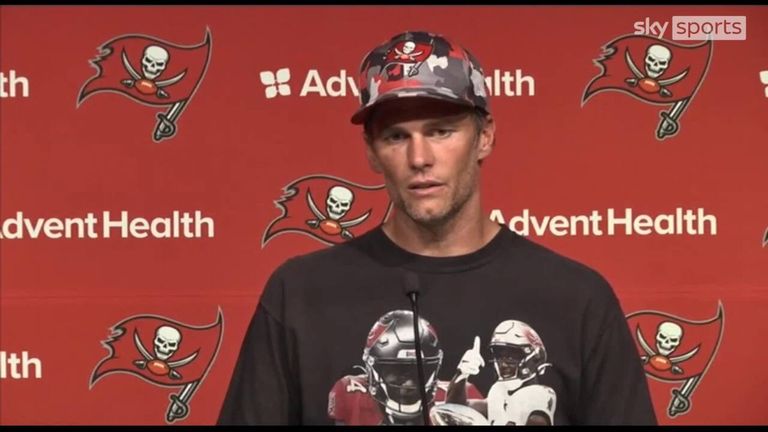 Prior to heading out to Tampa, we see the Miami Dolphins (5-3) and their explosive offense travel to the Chicago Bears (3-5), with both teams fielding some new toys after making some moves before Tuesday's trade deadline.

Star receiver Chase Claypool will be in action for the Bears for the first time following his move from the Pittsburgh Steelers, while pass rusher Bradley Chubb and running back Jeff Wilson will line up for the Dolphins after their respective trades from the Denver Broncos and San Francisco 49ers. This one at Soldier Field kicks off at 6pm.

And rounding off the Sunday night action, we join our friends at NBC for Football Night in America and Sunday Night Football, with Patrick Mahomes and the Kansas City Chiefs (5-2), hosting the Tennessee Titans (5-2), who are riding a five-game win streak - kick-off is at 1.20am, early on Monday morning.

Elsewhere, the Week Nine action gets under way with the traditional Thursday night fare as the NFL's lone remaining undefeated team, the Philadelphia Eagles (7-0), travel to the Houston Texans (1-5-1) - watch live on Sky Sports NFL from 1.15am on Friday morning.

Then, on Monday night, Week Nine concludes with the New Orleans Saints (3-5) hosting Lamar Jackson and the Baltimore Ravens (5-3). Watch live on Sky Sports NFL from 1.15am, Tuesday.