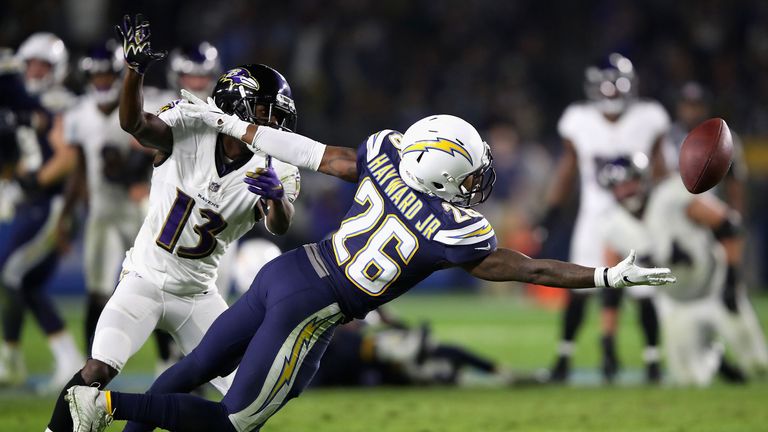 The Baltimore Ravens defense lived up to the hype Saturday night, keeping the Los Angeles Chargers offense in check in a 22-10 road victory that improves their playoff chances.

The Ravens (9-6) held the Chargers to 73 yards of total offense in the first half and 198 for the game on their way to a fifth win in six games.

With the Chargers driving for a potential go-ahead score with less than three minutes remaining, Ravens linebacker Patrick Onwuasor forced a fumble off of veteran tight end Antonio Gates, and cornerback Tavon Young returned it 62 yards for a touchdown and a 22-10 lead.

Earlier, in the third quarter, Ravens rookie quarterback Lamar Jackson threw the longest touchdown pass of his brief NFL career, a 68-yarder to Mark Andrews which wrestled back the lead for Baltimore.

Andrews' touchdown, which gave the Ravens a 13-10 advantage, came two plays after the Chargers had edged ahead 10-6 following a one-yard touchdown run by Melvin Gordon, who was back after missing the previous three games with a knee injury.

Cornerback Brandon Carr set the tone for the Ravens defense early with an interception on the very first play of the game.