New England Patriots owner Robert Kraft has entered a not guilty plea on two counts of solicitation of prostitution.

He was one of 25 men charged with soliciting prostitution at a massage parlour in Jupiter, Florida.

Kraft is alleged to have visited a Florida massage parlour for sex acts the night before and the morning of the AFC Championship game between the Patriots and the Kansas City Chiefs on January 20.

On each visit, Kraft is alleged to have been driven to the massage parlour in a Bentley and paid cash at the desk.

Originally the 77-year-old had said he was "truly sorry" after being charged, but in a reversal of his previous position, has now asked for a jury trial.

The next hearing in Kraft's case will be on April 9, which is a case disposition hearing, the first step in his prosecution. 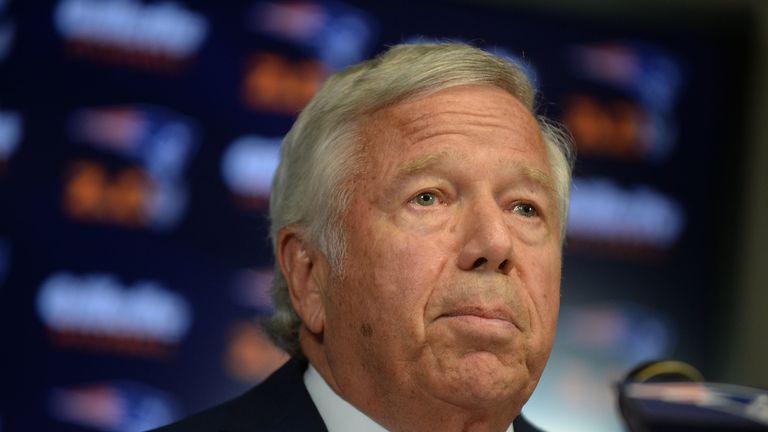 Kraft and 24 other men accused in the case were offered the opportunity to have their charges dropped if they performed 100 hours of community service, took a class on the dangers of prostitution, were tested for sexually transmitted diseases and paid a fine, according to the New York Times.

Instead, Kraft is prepared to fight the charges. William Snyder, the sheriff of Martin County, Florida, said he expected surveillance video of Kraft's alleged illegal activities to be released before long.

Kraft, who made his initial fortune through a packaging company, bought the Patriots in 1994 for $172m to keep the team from moving to St. Louis.