Cleveland Browns running back Nick Chubb is being placed on injured reserve after suffering an MCL injury in Sunday's win over the Dallas Cowboys.

Chubb exited the game in the first quarter after a Cowboys defender has been pushed into his legs and was due to undergo an MRI exam on Monday.

Browns head coach Kevin Stefanski confirmed in a press conference that the 24-year-old will miss several weeks as he recovers from the problem, however won't require surgery and could return later in the year. 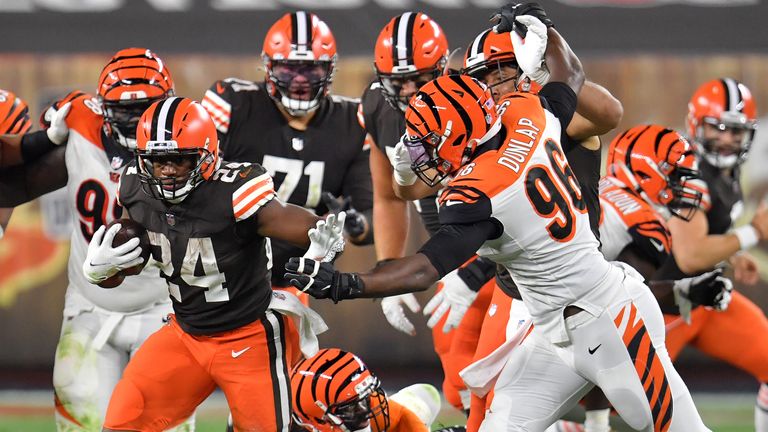 Chubb had six carries for 43 yards prior to going down hurt against the Cowboys and has 292 total rushing yards for four touchdowns so far this season as a vital component to Stefanski's offense.

D'Ernest Jones led the Browns on the ground in Chubb's absence on Sunday with 95 yards rushing off 13 carries, while Kareem Hunt ran for 71 yards and two touchdowns off 11 attempts.

"It's tough losing a guy like that,'" said quarterback Baker Mayfield post-game. "We love Nick. Everybody here loves Nick and the work he puts in, but this is a hardworking team.

"We had guys who were resilient today. So proud of those guys who stepped up, but it speaks volumes on our offensive line, as well." 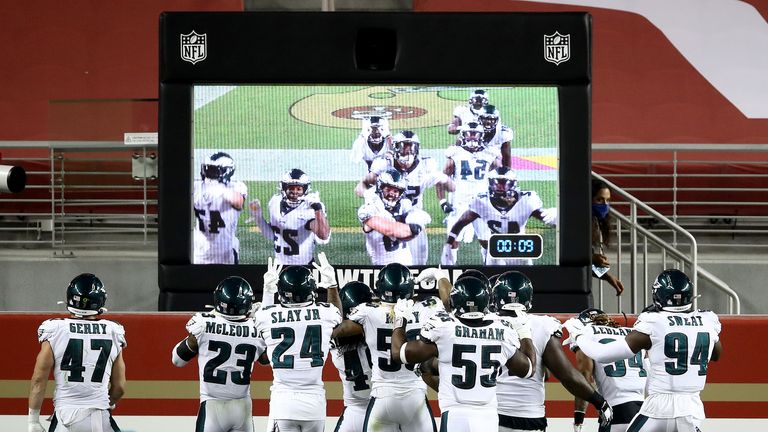 The San Francisco 49ers are meanwhile fearful that defensive end Ziggy Ansah will miss the rest of the season after sustaining an arm injury in Sunday's loss to the Philadelphia Eagles.

Ansah was signed as a free agent two weeks ago in response to Nick Bosa and Solomon Thomas suffering season-ending knee injuries in the second game of the year.

Head coach Kyle Shanahan explained after the game that the there were concerns Ansah had a torn biceps, with the 31-year-old set to undergo an MRI exam. 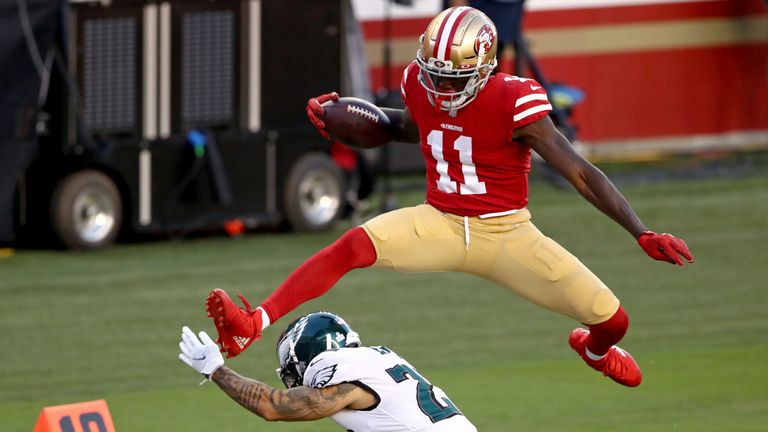 The veteran has 50.5 sacks in 93 career games across spells with the Detroit Lions, Seattle Seahawks and 49ers since being drafted with the fifth overall pick in 2013.

Last season's beaten Super Bowl team are also without defensive end Dee Ford, who was recently placed on injured reserve with a back problem.