Watch Yannick Ngakoue's Las Vegas Raiders host Lamar Jackson and the Baltimore Ravens in the first Monday Night Football of the season live on Sky Sports NFL from 1.15am in the early hours of Tuesday morning.

It has been prosperous-turned-trying and bumpy road to Las Vegas for Yannick Ngakoue, but upon arrival it has the feel of a long-term home. Or so he hopes.

If it is ever going to happen for the 26-year-old, there is a sense this is the time and place; 'going to happen' meaning asserting himself among the NFL's premier pass rushers, where he believes and his talent in the past has hinted he could one day belong.

Ngakoue pursued a fresh start for the third time in the space of a year this past offseason as he signed a two-year, $26m deal with the Raiders in free agency, reuniting with defensive coordinator Gus Bradley whom he played under as a rookie with the Jacksonville Jaguars.

The 2016 third-round pick's career was in limbo last season as he split his time between Minnesota and Baltimore, posting 12 tackles, five sacks and two forced fumbles in five games (four starts) with the Vikings before contributing 11 tackles, three sacks, two forced fumbles and one pass defense in nine games (three starts) after being traded to the Ravens.

Should all go to plan, he'll be sticking around for significantly longer with what marks his fourth team since entering the NFL.

He needed somewhere he could settle, devote his trade to without a wandering eye and envision spending the prime years of his career - his new teammates voting him as a captain for the 2021 season posing as a step in the right direction.

"It means a lot," he told reporters. "It's something I always wanted to be in my first four years in the NFL and it wasn't my time for me to be that, but now it's my time and I take the role super serious and just want to lead by example."

Ngakoue had looked every bit a Draft steal in 2016 when he registered 23 tackles, eight sacks, four forced fumbles and two pass defenses after being selected 69th overall out of Maryland.

He followed up in his sophomore year with 30 tackles, 12 sacks, six forced fumbles and two fumble recoveries including one returned for a touchdown as an instrumental figure in the star-studded 2017 Jaguars defense that ranked second overall en route to the AFC Championship Game having also included the likes of Calais Campbell, Malik Jackson, Dante Fowler, Myles Jack and Jalen Ramsey.

Over the next two seasons he racked up a combined 69 tackles, 17.5 sacks, four forced fumbles, seven pass defenses and one interception, before his career hit that aforementioned bump.

In March 2020 Ngakoue took to Twitter to announce his desire to be traded while stating he did not intend to play for the Jaguars again in the future. Jacksonville subsequently placed their franchise tag on him, prompting more tension over the next month until Ngakoue was also involved in a dispute with the franchise's co-owner Tony Khan on social media.

His request was finally granted on August 31 when he was traded to the Vikings, where he would make just five starts before heading to Baltimore for the second half of last season.

On Monday night, it is Baltimore that will come to him when the Raiders host Lamar Jackson and the Raiders at Allegiant Stadium in their 2021 season opener.

"I'd say my character, being able to handle adversity," said Ngakoue, when asked of his biggest takeaway with the Ravens. "Even though you may not be utilised the right way you've just got to know you've got to keep pushing forward. Everybody's journey is different."

Such has been his career path over the past 18 months or so, his young age comes as a surprise to some in addition to being evidence of a still-high ceiling.

"What a guy, I sit there and I'm like 'he's 26-years-old? Oh my goodness'," said Raiders quarterback Derek Carr earlier this summer. "There are certain guys in football, when they step on the field and do something like that, that's a different level and he definitely has that about him." Glowing reviews have been a running theme since his arrival, head coach Jon Gruden hailing his work ethic as he joked that it was like Ngakoue had 'lived in the facility' during the offseason.

Defensive coordinator Bradley, meanwhile, cited a growth in maturity and leadership, hence those around him deeming him a worthy captain.

The ugly end to his Jaguars tenure made it easy to forget the slippery disruptor with the power and athleticism to dip and rip and lateral quickness to contain the runner. Bradley did not forget.

"I've been watching his film since he was at Maryland, the guy's technique is out of this world," said Thomas of Ngakoue. 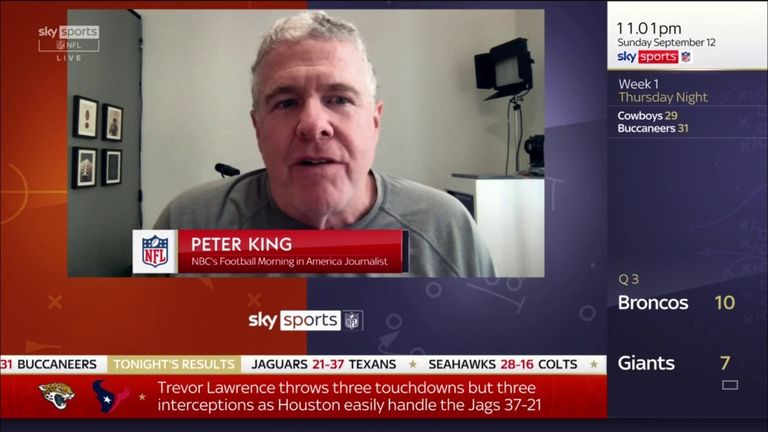 Awaiting them was back-to-back team sack leader Maxx Crosby, Ngakoue's fellow 2016 draft pick Carl Nassib, Jonathan Hankins and Clelin Ferrell, the latter of whom faces a mammoth year as he strives to justify his selection as the fourth overall pick in 2019.

Based on first impressions, Ngakoue set the bar high.

"I feel like this line is super super talented, every single defensive line group I've been a part of have brought certain attributes and different kinds of talents but this group is just as special as the 2017 defense I was part of back in Florida," he said. "I'm expecting a lot. All these guys are ballers."

Ngakoue watched as fellow draft class-man Joey Bosa signed a five-year, $135m contract extension with the Los Angeles Chargers in July 2020. He watched as 2017 first-round pick TJ Watt signed a four-year, $112m deal including $80m guaranteed with the Pittsburgh Steelers to become the highest-paid defender in the league earlier this month.

While he may not reach those kinds of numbers, the upper echelon of NFL edge rushers is where he wants to be. Vegas is the opportunity to resume that goal.