Dak Prescott threw for three touchdowns in his first home game since he suffered an ankle injury on the same field almost a year ago and Trevon Diggs returned an interception 59 yards for a score as the Dallas Cowboys dominated the Philadelphia Eagles 41-21 on Monday night.

Prescott ran toward the tunnel, raising his arms to the fans and tossing them souvenirs after the Cowboys manhandled their divisional rivals in prime time.

The scene was a stark contrast to almost a year earlier, when the star quarterback was in tears as he rode on a cart through the same spot after the gruesome ankle injury that ended his season.

Except for a fumble in the end zone that gave the Eagles their opening touchdown, Prescott finished an efficient 21 of 26 passing for 238 yards and three touchdowns on the night, while Ezekiel Elliott ran for a season-high 95 yards and two touchdowns and tight end Dalton Schultz had the first two-touchdown game of his career.

"Just thankful for everything that I've been through, all of the hard work that made me account for just to be back out here doing what I love," Prescott said. "It's the greatest place to play football."

Prescott's first game at AT&T Stadium since the season-ending compound fracture and dislocation of his right ankle in Week 5 last year against the New York Giants was also the return to full capacity after the pandemic-imposed limits last season, with 93,267 fans inside the $1.2billion facility. 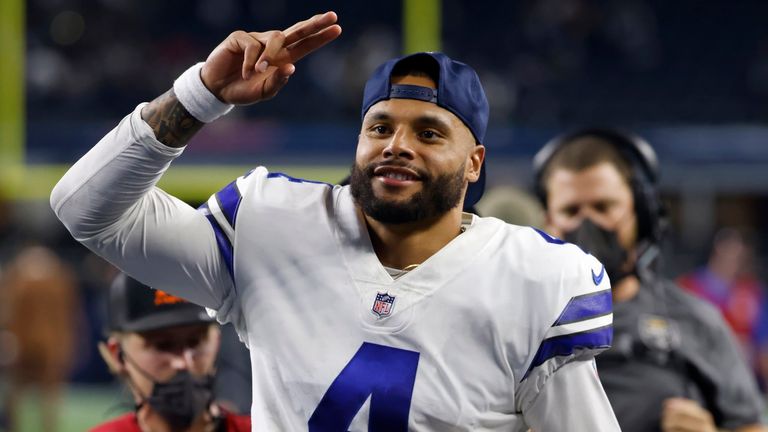 "A guy like Dak, he's going to be psyched regardless," Elliott said. "There's not any extra he can get besides just the competitor he is, the player he is."

Hurts had completions of 41 yards to Quez Watkins, 38 yards to tight end Dallas Goedert and 27 yards to tight end Zach Ertz while finishing 25 of 39 for 326 yards with two TDs and two interceptions, most of his passing yards and his second touchdown coming with the game out of reach. 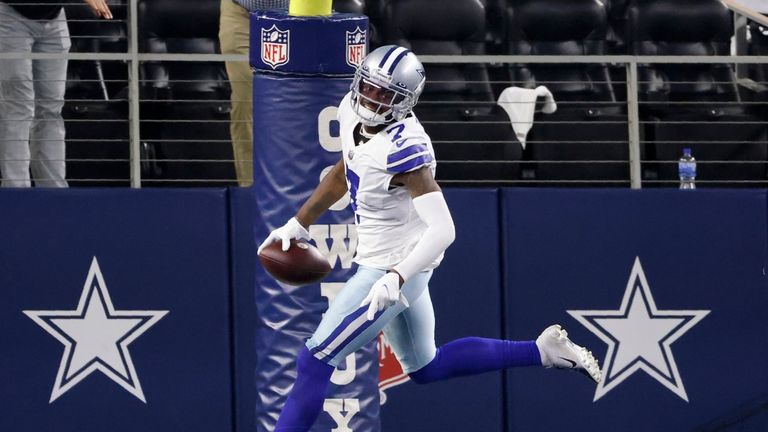 Dallas had a 27-12 edge in first downs while outgaining Philadelphia 380-367, asserting their authority from the off as Elliott capped a game-opening six-play 75-yard drive with a one-yard scoring run.

The Eagles tied the score on the defensive end as Javon Hargrave's strong pass rush forced Prescott to fumble in the end zone. The ball hit off Prescott's back, and Cox grabbed it for a touchdown with 9:57 left in the opening quarter. 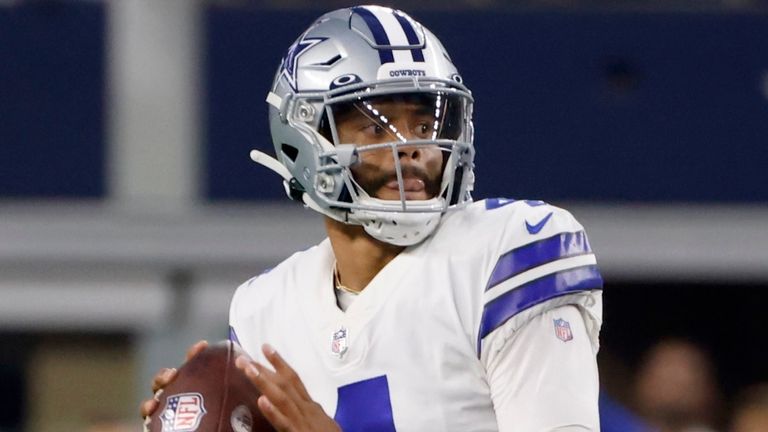 Prescott connected with Schultz on a 19-yard touchdown pass to restore the Cowboys' advantage with 1.31 left, before Elliott ran in for his second of the game from the three to give Dallas a 20-7 lead with 7.10 to play in the first half.

The Cowboys moved ahead to stay later in the quarter when Prescott connected with Schultz on a 19-yard scoring pass with 1:31 left.

Diggs pounced on a Hurts pass to the sideline on the third play of the second half before returning the ball untouched for a 59-yard touchdown, becoming the first Dallas player with a pick in each of the first three games since Everson Wallis in 1985. 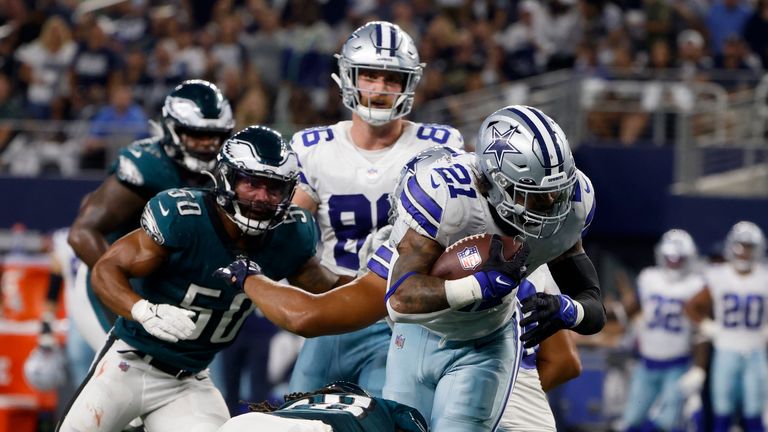 Hurts threw a three-yard strike to Ertz to pull the Eagles within 27-14 with 7:08 left in the third quarter. But Prescott hit Wilson on a two-yard scoring pass early in the fourth and threw a 22-yard touchdown pass to Schultz to make it 41-14 with 6:56 left in the contest.

There was still time for a consolation touchdown for the visitors as Hurts found Ward with a 15-yard touchdown pass with just over three minutes to play.

Week Four sees the Eagles host the defending AFC Champion Kansas City Chiefs, who enter the game on the back of losing consecutive games for the first time since October 2019.

The Cowboys meanwhile welcome a Carolina Panthers side seeking its first 4-0 start since the 2015 season, when they reached the Super Bowl.