Laura Pearson: The rise of the Hollie Doyle-inspired apprentice from young dreamer to Royal Ascot-winning jockey 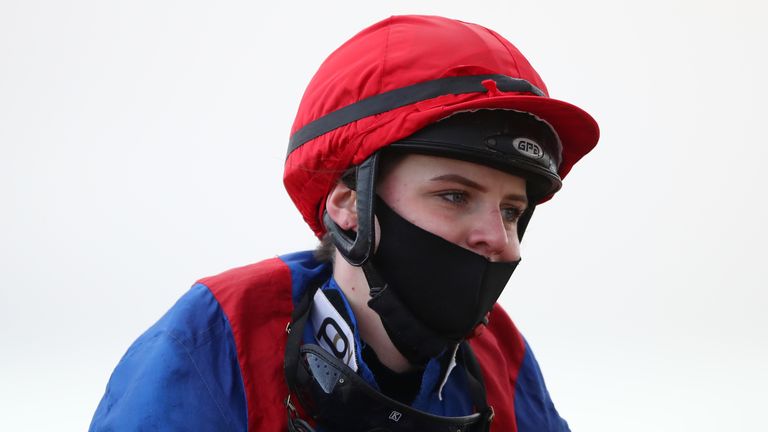 The statistics tell you almost everything you need to know about just how meteoric a rise it has been for young jockey Laura Pearson.

From one winner in just 11 rides three years ago, the 20-year-old apprentice rider now has 24 wins and counting this year, the latest coming on the biggest stage of all.

A dazzling victory from the front in the Kensington Palace Stakes at Royal Ascot last week on board Lola Showgirl gave Pearson a new career highlight.

"It's incredible. Everywhere I go I've had people saying congratulations," Pearson told Sky Sports Racing. "It's the most amazing feeling.

"She [Lola Showgirl] bowled round. She got herself into a lively rhythm. Whether or not she was still going to hang on those last two [furlongs] you don't really know until you get there.

"I zoned out completely. You're just looking at that red and white disc coming up closer. Once you pass the line, you can take it all in. Until you cross that line it's all head down.

"She's such a tough filly and she kept fighting for me. It was an honour to ride that kind of horse."

Pearson is now a proud member of a rather exclusive, but rapidly expanding, club. She joins Hollie Doyle, Hayley Turner and Gay Kelleway as female winning riders at Royal Ascot.

Doyle - who joined Turner on two Royal winners after victory on the opening day of the meeting with Amtiyaz - has been a particularly strong influence on young Pearson.

"To follow in the footsteps of the likes of Hollie, Hayley and Gay, it's just incredible to think that my name is up there with them," Pearson said.

"I said to Hollie: 'I don't know how I'm going to get a thrill as good as that one'. I'll have to wait for another year yet." 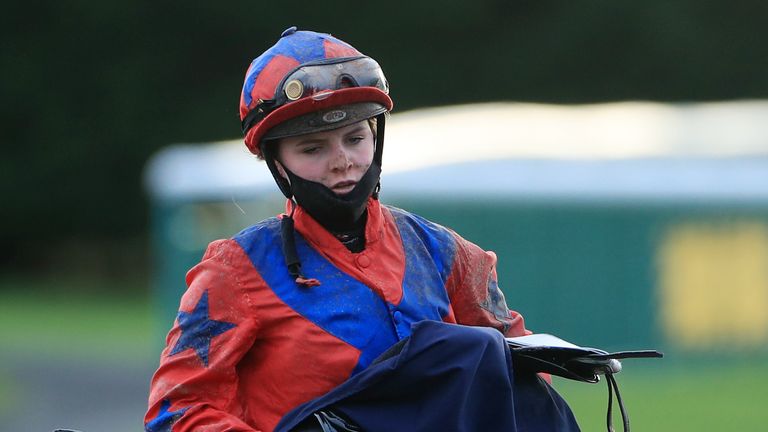 Sky Sports Racing caught up with Pearson to talk about the inspirations behind her rise through the ranks.

Speaking immediately after her Royal winner, Pearson praised the pioneering efforts of Doyle and Turner and thanked them for their support during her journey to the top.

"Hollie and Hayley have completely opened the doors for the rest of us, and really allowed us to run through it and I am thankful for them," Pearson said.

"Hollie helps me so much, as well as Hayley. I can't thank them enough for the amount of times they've given me a hand and it's paid off.

"It's just unimaginable, honestly, I dreamt of it but I never thought it would happen."

Having grown up in France between the ages of three and 10, Pearson returned to England and pursued a passion for horses, born from watching her father in the point-to-point scene.

By 13, Pearson was riding out at weekends for trainer Phil Collington, before a move to John Ryan's yard.

As well as the rapidly emerging talents of Doyle, Pearson's early influences were the likes of Richard Hughes and Frankie Dettori - whose autobiography was the first book in English she learnt to read.

Now a Royal Ascot winner, and with many years of success and development still ahead, Pearson's story is one to look up to.

Her advice for those who follow? "Pick the people you want around you and pick them wisely," she said. "Keep that bubble close and don't listen to anyone else.

"Just follow your path, work and keep your head down.

"I think life's too short to be walking around with a big grumpy face on. What's the point in doing it if you're not happy."