Tyrrhenian Sea looks to get back to winning ways in the Betway Easter Classic All-Weather Middle Distance Championships Conditions Stakes at Newcastle on Friday, live on Sky Sports Racing.

The Roger Varian-trained Dark Angel gelding won his first three starts, which all took place over a mile at Gosforth Park, but lost his unbeaten record when upped to 10 furlongs at Kempton last time.

However, he was beaten only half a length following an interrupted passage and is now given the chance to set the record straight at the distance.

Watch every race of the All-Weather Championships Finals Day at Newcastle live on Sky Sports Racing on Friday April 15 from 12.30pm

The Carlburg Stables handler said of his chances: "We like him a lot, he's a lovely horse and arguably should be unbeaten going into Friday.

"I think he'll run very well, he's training nicely. It's only a small field, but it's very competitive. We're hopeful"

Matterhorn won this race for the Kingsley Park team in 2019 and this year Charlie and Mark Johnston rely on Living Legend, who was a game winner of the Magnolia Stakes last time.

Al Zaraqaan was beaten just a nose when second in that Listed contest and returns to Newcastle for the first time since scoring over track and trip in January.

With only six runners in the line-up, Archie Watson's charge is already guaranteed a share of the prize-money, but Simon Turner of owners Hambleton Racing, is eager to see how the five-year-old fares. 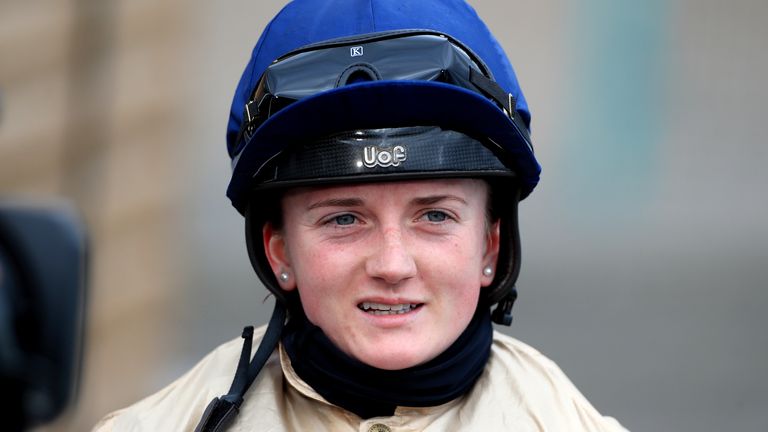 "We were thrilled with his run last time, I think if he can reproduce that form then he has every chance of being bang there," he said. "On Friday it is a very valuable race and he's already guaranteed some prize-money with it being a small field and we are very happy with him going into it, he's been working well.

"Going off his last run, if he can reproduce that he should certainly be in among the place money at the very least. It would be fantastic given he's relatively new to us, he didn't cost a fortune and to run in a race with £200,000 on offer is excellent."

Marco Botti's Felix was disappointing when sent off 3-1 in the same Kempton event and will be hoping to bounce back. The trainer is willing to draw a line through a race where nothing went right for the six-year-old.

"We were disappointed with Felix at Kempton but the race did not pan out for him at all. Daniel (Muscutt, jockey) went to go forward and unfortunately got stuck three-wide most of the way, which didn't suit," said Botti.

"Felix looks in good condition, so we are very hopeful that he can bounce back to the level he showed prior to Kempton. The run in Dubai was good and, on that form, he should have a leading chance.

"I have thought for a while that Newcastle will suit him better than the sharper tracks like Lingfield. Newcastle is a big, galloping track and, with his style of running, it should play to his strengths."

The field is completed by United Front, who will be partnered by Tom Marquand, and French raider Charlesquint, who justified favouritism at Chantilly last month.