Today on Sky Sports Racing: Clive Cox can star at Doncaster and Paul Nicholls expected to score at Newton Abbot

Clive Cox's Get It looking for third win in four in feature sprint handicap at Doncaster on Friday; Dan Skelton-trained Sofia's Rock stars at Newton Abbot; watch every race from Doncaster and Newton Abbot live on Sky Sports Racing on Friday, July 1

Friday afternoon on Sky Sports Racing features a top Flat card from Doncaster and some big names from the Jumps in action at Newton Abbot.

Trainer Clive Cox arrives on Town Moor with the in-form Get It looking to make it three wins from four starts this season in the Betfair Daily Rewards Handicap (3.20), having scored at Bath and Windsor in May, rising 10lbs to his current mark of 97.

He faces nine rivals in a step up into class two company over the five furlongs, including last year's winner of the race Jawwaal and fellow course and distance winners Burning Cash, Blue De Vega, Venturous and Mid Winster.

Top weight Regional, from the Ed Bethell yard, is a relatively lightly-raced four-year-old who was competing at Listed level as a two-year-old and made a pleasing return to the track after 153 days off when sixth at Epsom over six furlongs earlier this month.

It could prove to be a good day for Cox with Rum Cocktail looking to have a favourite's chance in the TPD Now Live At Gulfstream Park Fillies' Handicap (3.55) having made it two wins from five starts two weeks ago at Goodwood. 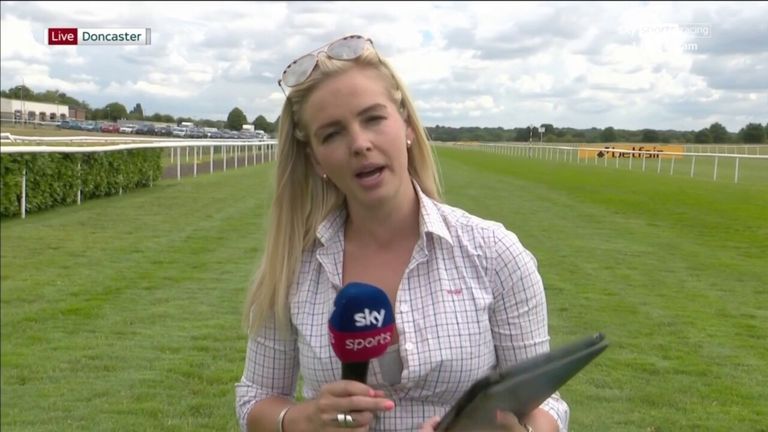 Sky Sports Racing's Leonna Mayor has three selections on Friday afternoon's eight-race card at Doncaster, including one who could be overpriced after hitting traffic last time out.

William Haggas' Sea On Time has looked well above average in her first two starts this year, finishing second on debut at Chepstow before victory at Haydock in June.

The daughter of Sea The Stars holds an entry in the Group Two Lillie Langtry at Goodwood at the end of July and would be expected to run well in the Betfair Exhange Novice Stakes (2.10) if she is to take up that engagement.

This year's Derby-winning trainer Sir Michael Stoute hands a first start this season to Traila, a relation of Crystal Ocean and Hillstar, who looked a decent type when scoring at Wolverhampton on his second start.

Trainer Dan Skelton sends just one runner south to Newton Abbot on Friday, but it's a typically quality sort as Sofia's Rock looks to get back to winning ways in the Newtonabbotracing.com Handicap Hurdle (2.30).

The eight-year-old has been on the go since late November, winning at Stratford in March and Ludlow in May, before perhaps finding the 10-day turnaround too sharp when third at Warwick last time out.

A 44-day break looks more suitable now and he faces five rivals including Michael Blake's Clearance, a winner over course and distance a month ago.

Champion trainer Paul Nicholls will be expected to get on the board as hot favourite Wild Max is presented with a great opportunity to make it three wins from four over fences this year in the St Austell Brewery Novices' Chase (3.05).

Watch every race from Doncaster and Newton Abbot live on Sky Sports Racing on Friday, July 1.