An impressive winner of the Commonwealth Cup, Richard Fahey's charge will clash again with Royal Ascot runner-up Flaming Rib, who was supplemented by trainer Hugo Palmer for £36,000 on Monday and has a length and a quarter to find with the favourite.

Twilight Jet finished last in the Commonwealth Cup but will try again for Michael O'Callaghan, while Japanese raider King Hermes, who is trained by Yoshito Yahagi, completes the three-year-old challenge in the six-furlong contest. 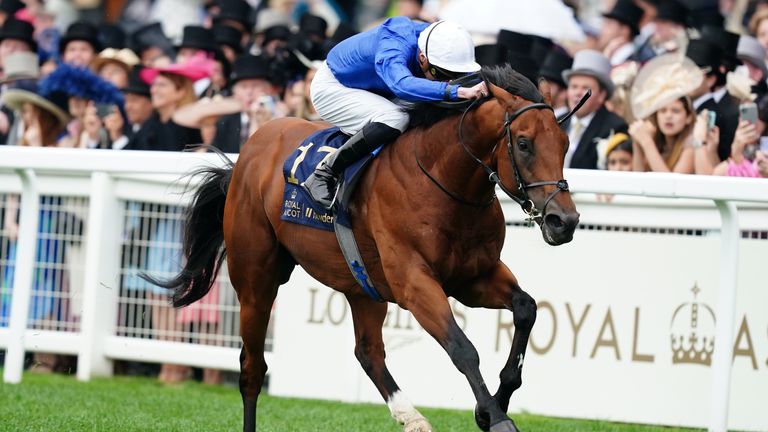 Naval Crown edged out fellow Charlie Appleby inmate Creative Force to win the Platinum Jubilee at Royal Ascot and the pair will clash again, with James Doyle and William Buick aboard respectively as they were at Ascot.

Australian runner Artorius was three-quarters of a length back in third that day and he will try again on the July Course for trainer Sam and Anthony Freedman.

Happy Romance, Alcohol Free, Emaraaty Ana and Double Or Bubble finished down the field at Ascot but will reoppose.

Lion Of War is one of five for the bet365 Superlative Stakes after winning both of his starts to date, most recently triumphing by 10 lengths at Newcastle for Charlie and Mark Johnston.

Appleby's Victory Dance and the Brian Meehan-trained Isaac Shelby have both won their sole outing,s while Richard Hannon's Dark Thirty was a debut winner but finished fifth in the Chesham Stakes last time.

The maiden For A Laugh completes the field.