Gordon Elliott: BHA will not allow trainer to race horses in Britain during Irish authorities' investigation

Gordon Elliott will not be permitted to have runners in Britain until the conclusion of an Irish Horseracing Regulatory Board investigation into an image on social media that showed the Grand National-winning trainer sitting on a dead horse on his gallops.

Racing authorities in Britain and Ireland have condemned the image, which Elliott confirmed in a statement on Sunday evening was genuine, apologising "profoundly for any offence that this photo has caused", while seeking to explain what he said was the context of events that led to the photograph.

The IHRB has already launched a full investigation - and while Elliott is licensed in Ireland, the British Horseracing Authority said it was "appalled" by the image and was "considering its own regulatory options", but has now acted.

A statement on Monday evening said: "The British Horseracing Authority will not allow the Irish trainer Gordon Elliott to race horses in Britain whilst the Irish authorities investigate an image that appeared on social media over the weekend.

"The trainer admitted the photo was genuine and apologised for his actions.

"The BHA, which regulates racing in Britain, will use powers under its own rules to refuse to allow horses trained by Mr Elliott to race in Britain pending consideration of the outcome of the Irish investigation.

"The action taken by the BHA recognises that Mr Elliott is licensed in Ireland, whose regulatory body, the IHRB, is carrying out its own investigation.

"However, Mr Elliott has entered horses to race in Britain, from which point the British rules of racing apply to him.

"The decision to refuse to allow horses trained by Mr Elliott to run in Britain is therefore an interim decision which the BHA regards as proportionate in these circumstances."

The BHA added that owners of horses currently trained by Elliott are permitted to transfer them to a different trainer and run them at a British meeting, "providing they comply with the relevant rules".

In an interview with the Racing Post, Elliott described his behaviour as "indefensible" and said he would spend the rest of his life paying for "a moment of madness".

"Whether alive or dead, the horse was entitled to dignity," Elliott said. "A moment of madness that I am going to have to spend the rest of my life paying for and that my staff are suffering for.

"I will be punished, I fully understand that. But it absolutely breaks my heart to read and hear people say that I have no respect for my horses. That couldn't be further from the truth.

"My whole life has revolved around horses since I was a child. I know nothing else. Horses are all I have. I came from nothing and built a dream.

"When your world starts crumbling in front of you, it's a scary place to be. I just hope people can understand how truly sorry I am and find some way to forgive me for what I have done.

"I can guarantee that this will never happen again to any animal, alive or dead." 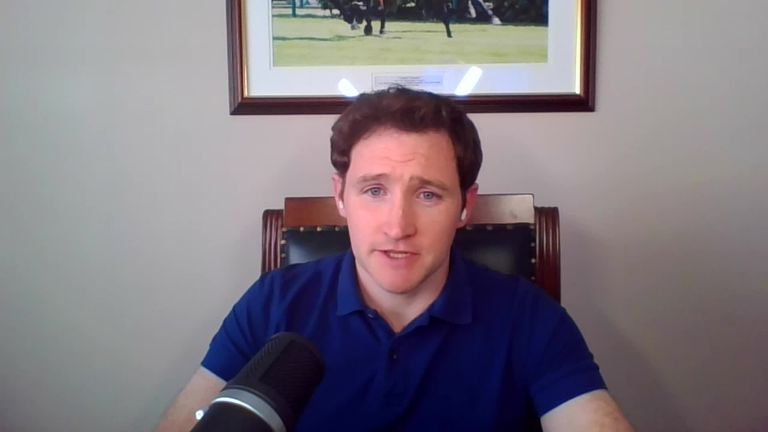 Gigginstown House Stud, one of Ireland's leading owners groups, has said it will continue to support Elliott, describing the trainer's actions as a "grievous but momentary lapse of judgement".

Elliott has been dropped as an ambassador by Betfair, while Cheveley Park Stud, who have Cheltenham Festival favourite Envoi Allen among their horses in training with Elliott, have said they will wait for the outcome of the IHRB's investigation before making any decisions.

Michael O'Leary, who campaigns his horses, including dual Grand National winner Tiger Roll, under the Gigginstown House Stud banner with brother Eddie, said in a statement: "Eddie and I were deeply disappointed by the unacceptable photo which appeared on social media over the weekend.

"The care and welfare of all our horses comes first with all our trainers. Sadly, from time to time our horses suffer injuries and/or fatalities and we expect all such cases to be treated with the care and attention they deserve.

"We have always found that animal welfare comes first, second and third at Cullentra. From the facilities, to the brilliant team of people led by Gordon, our horses are trained with no expense spared for their development, welfare and care.

"We accept that the photograph was a grievous but momentary lapse of judgement from Gordon, and not in keeping with our 15-year experience of his concern for and attention to the welfare of our horses.

"We all make mistakes, and what is important is that we learn from them and ensure we do not repeat them. We accept Gordon's profound, sincere and unreserved apology, and we will continue to support him and his team at Cullentra as they work to recover from this deeply regrettable incident."

The four-day Cheltenham Festival is due to get under way on March 16. 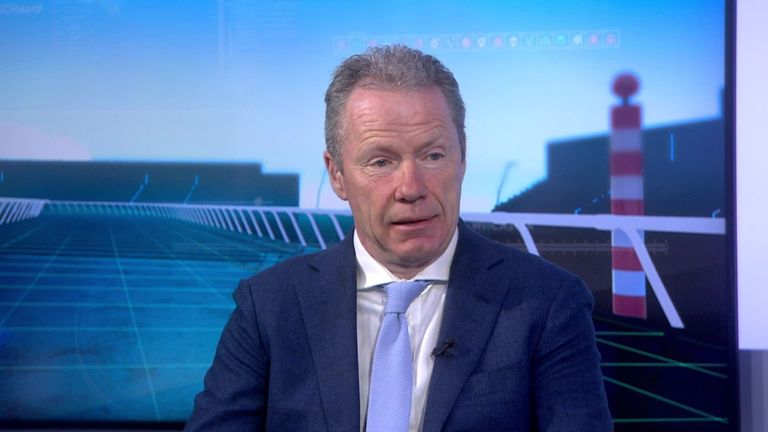 "My initial reaction to it was: 'I hope it's a fake'," Fitzgerald said. "When I read that statement [from Elliott], I can't help but feel anything else but feel so sad.

"The number one thing that we have to get out to everybody is how much we care about these horses. It's so important.

"At the heart of this [the racing industry] are people who love these animals. It's making me quite emotional because these horses have given me a life that I'm privileged to have.

"I've been in situations where horses I look after and ridden have unfortunately paid the ultimate sacrifice in our sport and the care and attention they get right until the very end is so important.

"We want to celebrate them [the horses]. We have nothing but the interest of these animals at heart."