Rachael Blackmore made history last week when she rode Minella Times to victory in the 2021 Grand National to become the first female jockey to win the race; Blackmore on receiving praise from King and Starr: "It's incredible when those people are reaching out to wish you well" 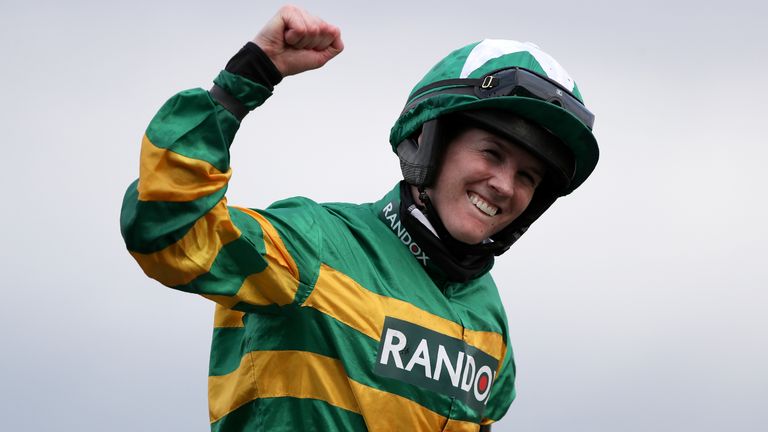 Blackmore, who rode Minella Times to victory at Aintree says her achievement still hasn't sunk in, but she feels the win will probably change her life forever.

"I don't think you get much more famous than Ringo Starr and Billie Jean King," she told Sky Sports News. "It is incredible when those people are reaching out to wish you well and congratulate you on your achievements.

"It is hard to comprehend that they would even know my name. It is unbelievable. I have got so many well wishes from so many different people, people sending cards and letters that I don't even know. It is just fantastic support and everyone has been so kind".

Blackmore, 31, is both humble and modest. She grew up on a farm in County Tipperary and has always had a love for horses, an animal she says has given her some of the best days of her life. 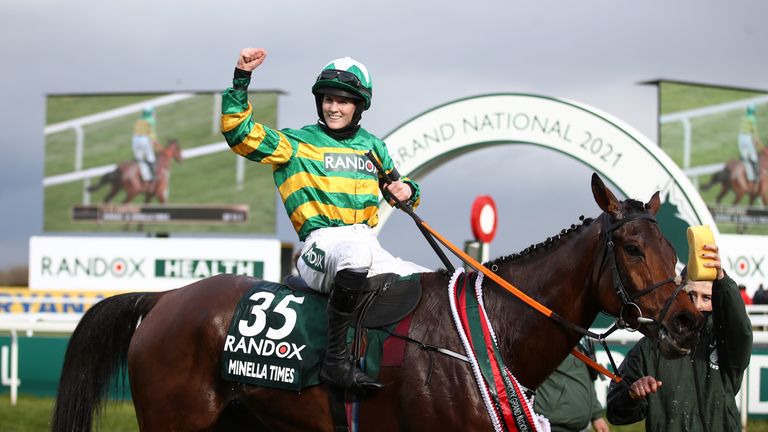 As a youngster, she would take part in pony club games, but her dream was to always become a jockey. Blackmore now wants to encourage other youngsters into the sport.

"To even get a ride in the Grand National is difficult, let alone to win it", she said. "It is so far removed from anything I thought would be a genuine realistic possibility.

"You can actually not dream big enough. I dreamt of being a jockey and riding in these races, but I don't know if I could ever have even dreamt of winning them. It is just crazy what can happen. You can dream as big as you want I think".

When Blackmore crossed the finish line at Aintree, she says it didn't even register that she was the first female jockey to win the Grand National.

"In racing and equestrian sports in general, we work on equal pay and equal opportunity," she said.

In recent weeks, Blackmore has not only won the Grand National, but she also finished with six winners at the Cheltenham Festival, which meant she won the Ruby Walsh Trophy for leading Cheltenham jockey.

She has been described by many as a trailblazer. Growing up her idols were the likes of jockeys Charlie Swan, Davy Russell and Ruby Walsh. But she is now up there in her own right.

There is even talk that she should receive a damehood, to which she responded in her typically modest manner.

"I actually thought that was a bit of a rumour or joke," she said. "That to me just sounds out of this world stuff. It would have to be seen to be believed I think to think something like that could be possible".

If there is anything the 31-year-old has proved in recent days, it is that anything is possible.