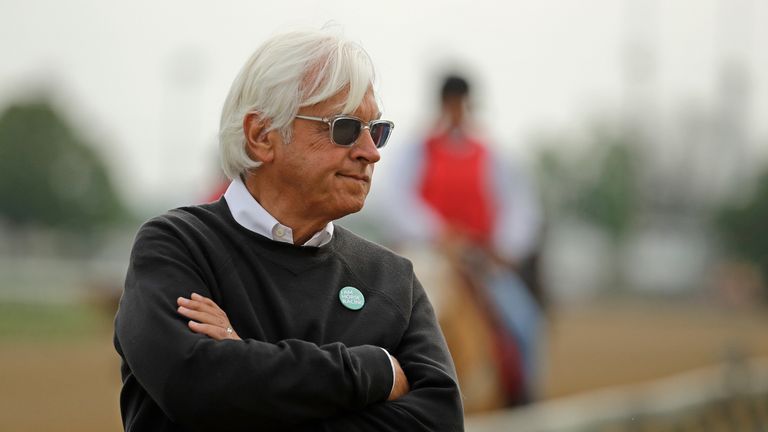 It comes after confirmation that a second sample taken from Medina Spirit, following his win in this year's 'Run for the Roses', had tested positive for the anti-inflammatory medication betamethasone.

Hall of Fame trainer Baffert had already been suspended by Churchill pending the conclusion of an investigation into the matter by the Kentucky Horse Racing Commission, with Medina Spirit facing disqualification.

Baffert last month issued a statement via his lawyer Craig Robertson, in which he revealed an anti-fungal ointment prescribed for a case of dermatitis could potentially be to blame for the failed test, as his own investigations continued.

"The suspension prohibits Baffert, or any trainer directly or indirectly employed by Bob Baffert Racing Stables, from entering horses in races or applying for stall occupancy at all CDI-owned racetracks.

"This decision follows the confirmation by attorneys representing Bob Baffert of the presence of betamethasone, a prohibited race-day substance, in Medina Spirit's bloodstream on the day of the 147th running of the Kentucky Derby in violation of the Commonwealth of Kentucky's equine medication protocols and CDI's terms and conditions for racing."

CDI said it reserves the right to extend Baffert's suspension "if there are additional violations in any racing jurisdiction", adding that the Kentucky Horse Racing Commission "has the sole authority to disqualify Medina Spirt as the winner of Kentucky Derby 147" and that it was its understanding the commission is pursuing the completion of its investigation of the matter in accordance with its rules and regulations.

The Kentucky Public Protection Cabinet, a state agency, posted on its Facebook page: "The Kentucky Horse Racing Commission does not provide comment or updates on the status of ongoing investigations. The KHRC values fairness and transparency, and will provide information to the media and public at the close of an investigation."

Medina Spirit has run once since the Kentucky Derby, finishing third in the Preakness Stakes at Pimlico.

The colt was allowed to run in the race after Baffert and his legal team agreed to out of training testing, which Medina Spirit passed.