Watch episode six of 'Rise With Us' available now On Demand on Sky Sports; listen to the podcast, look out for bespoke videos on the Sky Sports YouTube channel, and take part in a workout, in partnership with Fiit, using the Fitness App on Sky Q 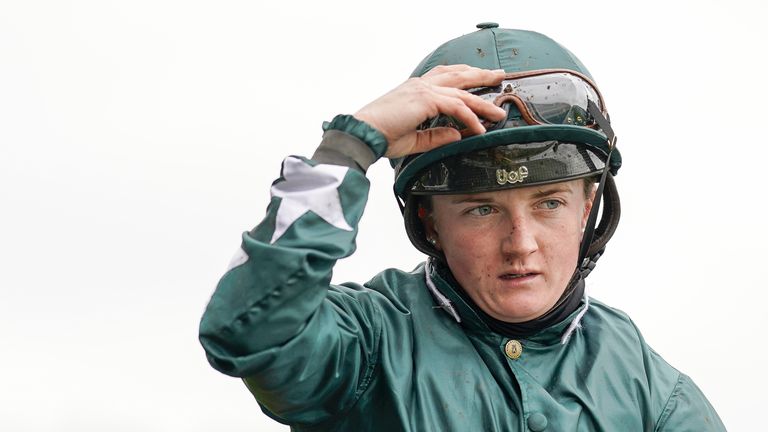 Hollie Doyle is happy to keep proving any doubters wrong when it comes to having the strength and skill to ride winning racehorses.

At just under five feet tall, even by jockeys' standards, Doyle is on the short side and had sometimes been considered "too small" by certain trainers.

Doyle, 24, is now an award-winning rider, breaking her own record for the most victories by a female jockey in a British season last year.

Her current successes include over 500 career winners, a Group One victory and being named Sunday Times Sportswoman of the Year, but Doyle hopes that is just the "tip of the iceberg".

Speaking to Hannah Wilkes during the latest episode of Rise With Us, Doyle said: "I've got so much more I want to achieve. There's a long way to go, I'm only 24. I've got a lot to learn and there's a lot to improve on.

"I'd love to ride a Classic winner and more Group One winners. That's the ultimate ambition but I'm no fool, I realise how hard that is to come across horses of that status.

"I've got tunnel vision. I know what I need to do and as long as I keep focused and keep on the right path, I just hope the right rides come about. Unless you're riding the right horses, you can't ride winners.

"I just want to ride as many winners as possible. The thing that motivates me most is winning. I buzz off riding winners and I just love riding horses.

"I grew up being ultra-competitive and competing in loads of different sports. I think it runs in the family.

"I just love my job. I just want to be better and do better the whole time.

"She's shut the door on the whole conversation about female riders. The evidence is there. The results are proven."

"Growing up I always wanted to be a jockey and I knew in my head what I wanted to do and achieve but I never thought I'd be good enough or it would be possible.

"The first time I ever rode 100 winners I was in complete disbelief. You get a taste of that and you want to do it again and again. It just motivated me even more."

It has been another brilliant year so far for female riders, with Laura Pearson joining Doyle as a Royal Ascot winner, while in jump racing Rachel Blackmore won top jockey at the Cheltenham Festival and tasted victory in the Grand National. 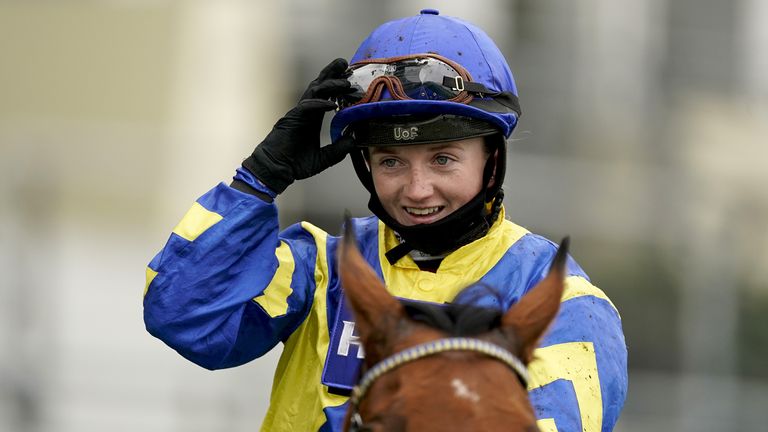 "It's pretty awesome really, especially Rachel winning the Grand National," Doyle said. It's one of the toughest races to win.

"She's shut the door on the whole conversation about female riders. The evidence is there. The results are proven.

"Within the weighing room it's not an issue. From the outside looking in, it's still spoken about quite a lot but within our industry the argument is pretty settled.

"I just see myself as a jockey. I get a bit offended sometimes when I get singled out as being a female jockey."

Weight watching is a regular part of any jockey's life, but Doyle is "lucky" that her smaller stature makes it less of a concern.

Doyle has been able to add muscle weight, driven by the want to demonstrate her abilities to those who might have overlooked her.

"It is an advantage but I'm also very small in comparison with everyone else," Doyle said. "Trainers can sometimes think I'm too small.

"That's something that has motivated me since I was a kid and given me the drive to prove that I am strong enough.

"There are a lot of people that need proving wrong and I don't mind doing that.

"I'm pretty lucky that I'm just under five foot tall so I don't have to manage my weight too much. With me, it's more fuelling myself for the day.

"I burn a lot of calories because we're so active. I'm one of the lucky ones because I can get away with it!"

Having fiancée and fellow jockey Tom Marquand as a keen cook helps Doyle's daily routine, although both spend a lot of time chasing winners.

"We're on the go the whole time so I haven't got time to cook many meals," Doyle said. "I try and have a good breakfast before I ride out, which can be between 5.30am and 6am.

"I'll finish riding out and I'll have a lunch before I go racing. That'll do me for the day then.

"You can finish racing at 8.30pm-9pm so you're on the go and it can be quite hard to find something to eat.

"I am a bit of a foody so if I get to enjoy a meal out I will make the most of it.

"I'm lucky that Tom loves cooking and is pretty good so whenever we're at home he takes it upon himself to cook something.

"He has to watch his weight a lot more than me so if he's choosing what we have then it can't be my fault if he wakes up heavy!"

Rise With Us is a new series available to watch on Sky Sports, stream on the Sky Sports YouTube channel, and can be listened to in podcast form.