Multiple meetings ban: Jockeys past and present react to extension of protocol limiting riders to single track per day

A survey by the Professional Jockeys Association (PJA) and British Horseracing Authority (BHA) found 72 per cent of flat jockeys wanted the one meeting per day rule to remain in place; William Buick: "As a collective we're quite happy about it and we've got to look at the bigger picture." 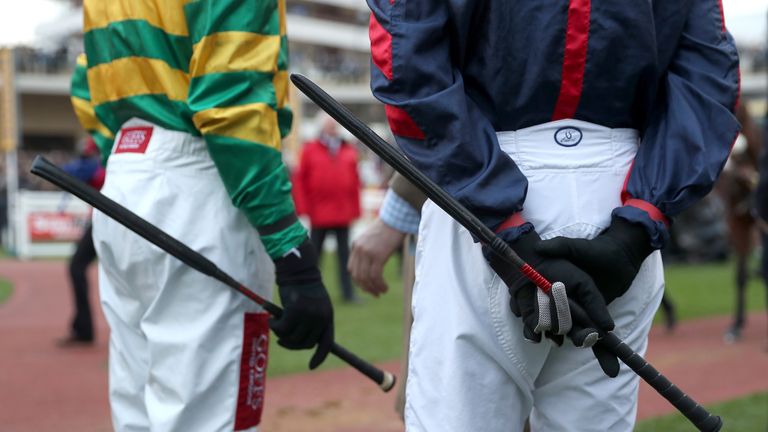 Former champion jockey Seb Sanders had strong words to say about the extension of the ban on jockeys riding at multiple meetings in a single day, calling it a ‘bad idea’

Former champion jockey Seb Sanders has criticised the extension of a ban on jockeys riding at multiple meetings in a single day, arguing that riders should be compensated for missed earnings.

On Wednesday, the Professional Jockeys Association (PJA) and British Horseracing Authority (BHA) announced that both jump and flat jockeys will remain limited to one meeting per day through until at least the end of 2022.

The extension of the protocol, initially introduced last year in response to the COVID-19 pandemic, is said to have been agreed to by 72 per cent of flat jockeys who responded to a survey.

The PJA argues that the decision will benefit "the long-term physical and mental health of riders", but Sanders feels jockeys should be free to earn where possible.

Reacting to the announcement on Sky Sports Racing, Sanders said: "It's a bad idea. Jockeys, on the whole, are self-employed and should be allowed to work when they can.

"There's a window from June to the end of August when a flat jockey can make money and they've just taken all that away from them.

"When people turn up at the racecourse they want to see Ryan Moore, Oisin Murphy and Frankie Dettori.

"If you're a jockey and you want to get yourself in that position, you've got to work for it. It's a professional sport, not a charity.

"How can this benefit up and coming jockeys who want to learn their trade? They might be going to a meeting where they get one or two rides, but that's not going to pay the bills.

"If they want to bring something like this in then they've got to compensate the jockeys and bring in a way that jockeys can get paid for going to work because it's not cheap."

Buick: As a collective, we're happy William Buick, who is challenging Oisin Murphy at the top of the jockeys championship, is happy to support the PJA and BHA's decision

Top rider William Buick, who is currently second in the flat jockeys championship behind reigning champion Oisin Murphy, says there are "pros and cons" to the decision, but overall is happy.

"There are days when you want to do two meetings but more often than not you're probably happy it's just one," Buick told Sky Sports Racing.

"As a collective we're quite happy about it and we've got to look at the bigger picture.

Asked about Sanders' criticism of the decision, Buick said: "I get that side of it and there have been days when I've been frustrated because there are horses that you want to ride, but that's how it is now so let's work with it." 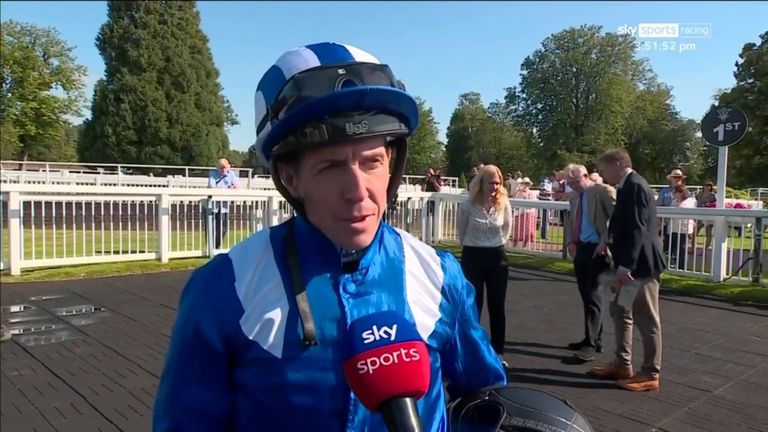 "It's a pity it wasn't done years ago," Crowley told Sky Sports Racing. "There is so much traffic on the roads now. I tried to get up to Haydock last week and it took me seven hours!

"As it's worked out, everyone is getting a chance because if you can't go to a meeting then somebody else picks up those rides.

"It's a big plus for jockeys and will pay dividends in the future."

Former jockey Luke Harvey disagreed with Sanders' suggestion that jockeys should be compensated and believes the rule is good news for "middle-tier jockeys", as well as having health benefits.

"William Buick, quite rightly because he's the best rider, has dominated the meeting at Lingfield [on Wednesday].

"Now he can't come here [Wolverhampton] which means other jockeys have more of a chance.

"When I was riding, jockeys were giving up between 30 and 35-years-old because you were trying to do so much.

"It's almost the norm now for jump jockeys to ride into their early 40s. If they didn't look after themselves, with their mental health and their fitness, they certainly wouldn't be doing that."