The jump season has finally come back around and kicks off in style at Chepstow on Friday, live on Sky Sports Racing.

The two-day meeting has long been a popular starting point for some of racing's biggest names, including the recently-retired Altior, and here are five names to follow this year.

Watch every race from the jump season opener meeting at Chepstow live on Sky Sports Racing on October 8-9, from 12.30pm

It took Paso Doble a while to find his stride on the flat - he actually made his debut in a five-furlong maiden won by Monarch Of Egypt - but he won back-to-back races at Roscommon and Fairyhouse in the second half of 2020, including giving a three-length beating to future Listed winner Layfayette on the latter occasion.

Bought out of the Jim Bolger yard for €125,000 in the Autumn, Paso Doble made a fine start to life with Paul Nicholls when third to Tritonic in the Adonis at Kempton.

Nicholls opted to allow Paso Doble to retain his novice status into this season, and he didn't have to improve to see off a couple of reasonable rivals in Bombyx and next-time-out winner Voice Of Calm at the same track on his subsequent outing. 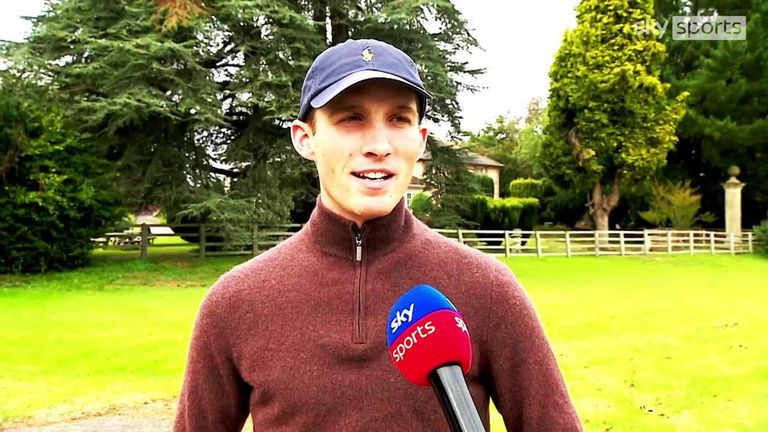 I was particularly impressed by how easily Paso Doble put the race to bed after the last, making all but allowing his two main rivals to get to within striking distance on the home straight before utilising his superior turn of foot to settle the contest once the jumping was done.

He stayed 14 furlongs on the flat, and though is clearly competent over two miles as a hurdler, it's not hard to envisage the step up in trip here [to two-mile-and-three-furlongs] proving more suitable for Paso Doble's skillset.

Nicholls has an exemplary record in the Persian War, having taken the trophy on seven further occasions since Valley Henry gave him his first in the race in 2000.

His rivals look a generally evenly-matched bunch, but I'd consider Luttrell Lad as perhaps the biggest danger ahead of some of the more experienced horses.

Geordie Des Champs' profile isn't perhaps typical of what would normally be in a veterans' chase, but the Rebecca Curtis-trained ten-year-old was thriving over hurdles in the summer and should be the one to beat if able to convert his good recent hurdling form to chasing.

This is the first Geordie Des Champs will be seen over fences since 2018 having been sidelined for more than two years before he made a hurdling return at Warwick in January.

His last run as a chaser came from a mark of 138 and he goes from 130 this time, meaning he's clearly well-handicapped if his level of ability remains in the same ballpark. 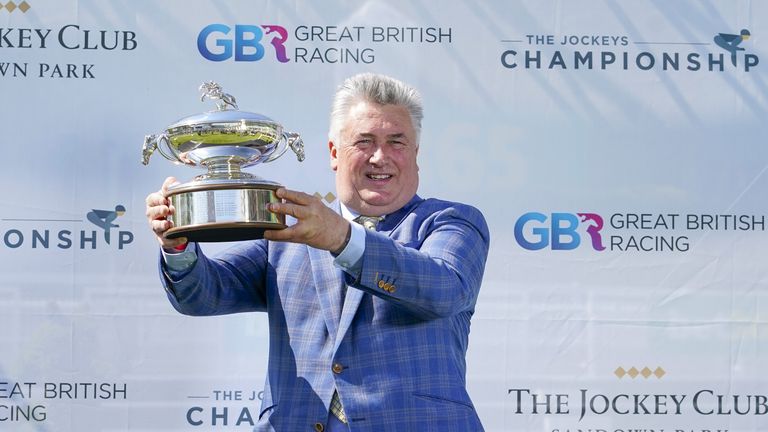 Jump racing returns with the season opener at Chepstow live on Sky Sports Racing on Friday and Saturday, October 8-9.

A brace of wins at Ffos Las in the summer confirmed there was still a useful racehorse inside of him, and he's still fairly unexposed as a chaser after only six runs in this sphere.

That's not a statement that can be accurately applied to anything else in the field here, battle-hardened as his opposition are.

Geordie Des Champs looks to be the likeliest to have potential upside to his mark and therefore he's one I'd like to keep on side at 9/2.

It's fair to say things didn't quite go to plan for Hell Red following his impressive British debut in the juvenile hurdle at this meeting last season, but he looked close to getting things back on track in the spring and looks a very solid favourite to win this four-year-old handicap.

While it is worth noting that Hell Red's promising two-and-a-half length second to Monmiral on debut at Auteuil came on heavy ground, the son of Martaline has looked fairly dependent on a sound surface since joining Paul Nicholls, with both of his wins coming on good ground.

His ninth placed finished - only beaten nine lengths - at the Cheltenham Festival showed talent remained and his unchallenged defeat of a semi-useful pair in Celestial Force and Trailboss at Newton Abbot last time out confirmed that he's a horse worth persevering with going forward. 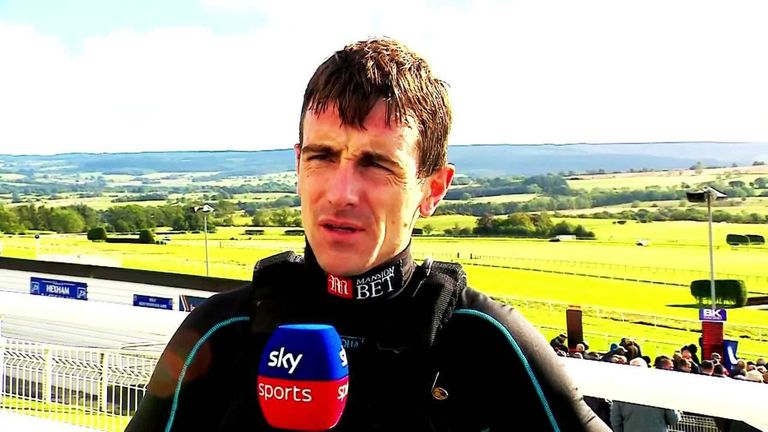 Jockey Brian Hughes shares his one to watch for the upcoming jump season, a relatively unknown potential star from the Donald McCain yard.

Hell Red shapes to me like a horse who will want further than two miles - and probably a fence - in the not too distant future, but I'd hope this race will bring his stamina into play.

He's amongst of a good number of front-runners in the field, but is the only one with an out-and-out National Hunt pedigree, and I'd back him to have more in his tank than the likes of fellow forward-goers Cabot Cliffs, Casa Loupi and Tinnahalla at the business end of the race.

Kitty's Light was a staying chaser on the upgrade last term, and if the luck which deserted him throughout last season remains on side this time, he should be set for another productive campaign for the Christian Williams team.

The trainer made the bold call to send Kitty's Light over fences within weeks of him makin hurdles debut last summer and the move paid dividends quickly, with Kitty's Light winning three of his four starts as a chaser.

He performed with credit pitched into better company when third in the Badger Beers' Trophy, finishing strongest of all after being hampered by a faller three out, and regained the winning thread by edging out Didero Vallis by a neck at Kelso.

Circumstances conspired against him once again the Bet365 Gold Cup on the final day of the season, as he was badly hampered by first-past-the-post Enrilo on the run-in, dropping into third as a result.

He's up another 4lbs for his seasonal reappearance, but all he did last season was progress and he ended the campaign in flying form.

I liked Gowel Road as a novice hurdler last season, and despite him flopping when fairly prominent in the market for the County Hurdle at the Cheltenham Festival, I still think he's capable of winning good races from a mark in the mid-130s.

Nigel Twiston-Davies' five-year-old made a promising start to his career when finishing a length-and-a-half second to Bear Ghylls at Ffos Las on his debut and shaped well on his next start when fourth in a hot novice hurdle at Newbury over Christmas.

He broke his maiden next time out, making light work of an opening mark of 122 and progressed from that again to give 9lbs and a decisive beating to Paul Nicholls' useful juvenile Good Ball.

His no-show at Cheltenham was a disappointment, but it was only his fifth career start and he didn't jump particularly well.

The likes of fellow second-season hurdlers Dargiannini and Orbys Legend are perhaps harder to nail down for an accurate figure, but Gowel Road looked well on the way to achieving higher ratings than 136 last season.