Hollie Doyle onto 150 winners for the year after a double at Newcastle on Tuesday, one short of her best ever record from 2020; Doyle rides Space Cowboy to victory in the All-Weather Championships fast-track qualifier 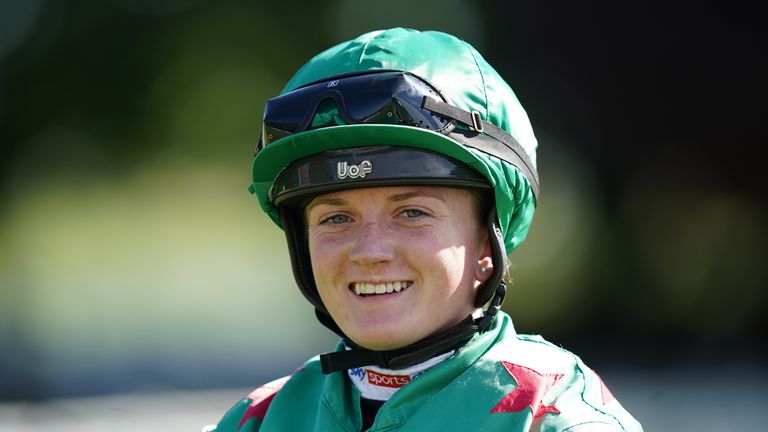 Hollie Doyle moved to within one of equalling her personal best record of 151 winners for a calendar year with victory on Space Cowboy at Newcastle on Tuesday.

Hollie Doyle is two winners away from setting a personal record for victories in a single year after landing a double at Newcastle on Tuesday.

It has been another standout season for the jockey, getting her second Royal Ascot winner with Amtiyaz in the Copper Horse Stakes in June, followed by a second career Group One through Trueshan's Goodwood Cup victory a month later.

Doyle headed to Gosforth Park with four rides and steered 13/2 shot Verona Star to a win on debut, beating the top two in the market, The Menstone Gem and Dubai Immo.

Doyle then doubled up with 4/1 chance Space Cowboy, running from the front to take the feature on the day, the Watch Racing Free Online At Coral EBF Conditions Stakes, earning the horse a fast-track qualifying spot for Good Friday's All-Weather Finals Day back at Newcastle.

Reflecting on her 150th winner, Doyle told Sky Sports Racing: "It's been a good year so far, really memorable. I hope I can continue the form."

On Space Cowboy, who was winning for the second time as a two-year-old, Doyle added: "He's a very strong horse, Richard has done a great job with him and has always really liked him.

"I didn't want to make the running but obviously no one else wanted to. I kind of got left in front and did my own thing.

"He's probably only worked for about a furlong and a half but he's hit the line hard.

"I think that will probably be his last run of the year so he's a really exciting horse for next year."

Doyle has six rides at Kempton on Wednesday, including Roger Charlton's debutant Amjad for her boss Imad Alsagar.

Read Hollie Doyle's exclusive blog as she previews her weekend rides at Doncaster's Vertem Futurity meeting on skysports.com/racing on Friday