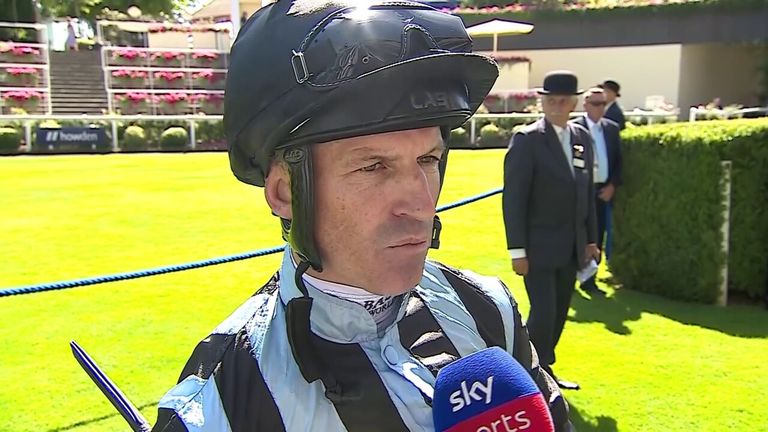 Chindit and Mutasaabeq served up a thriller in the Group Two Summer Mile at Ascot on Saturday with the former’s class just telling in the end.

Richard Hannon's four-year-old was stepping down from Group One company for the first time since landing the Doncaster Mile Stakes in March, having given chase to the world's best miler Baaeed on his previous two starts.

Jim Crowley and Mutasaabeq tracked the pace on the inside and delivered their challenge from the two-furlong pole as the front two went away from the rest.

Mutasaabeq appeared to have got upsides in the dying stages but Chindit battled it out to win by a head, with 7/2 shot My Oberon just over a length back in third.

Dobbs told Sky Sports Racing: "He's been unlucky to bump into Baaeed but he's very tough and it's only now he's started to relax.

"He got headed a furlong out but to be fair to him he was well on top at the line."

Doyle gets the better of husband for Godolphin 1-2

It was Doyle who dictated things out front on eventual winner Wild Crusade, with Marquand's mount Warren Point racing freely in behind.

Having made all, Wild Crusade was asked to extend by Doyle and went away nicely inside the final furlong to beat his stablemate by two-and-a-half lengths, with Israr a further two lengths back in third.

"It worked out nicely," Doyle told Sky Sports Racing. "I just had to make use of him early on to gain that position but he dropped the bridle and pricked his ears so I had the run of the race.

"I got him rolling between the five [furlong marker] and the four to make sure he didn't hit a flat spot but he's seen it out well."

The stand's side rail proved the place to be for Tom Marquand and Mountain Peak (11/1) as they got the better of Bond Chairman in a thrilling photo-finish to win the Betfred Heritage Handicap.

Ed Walker's seven-year-old sprinter had been winless since victory at Ascot almost 12 months ago but had run with credit in three starts previously, including when runner-up in the Dash at Epsom. 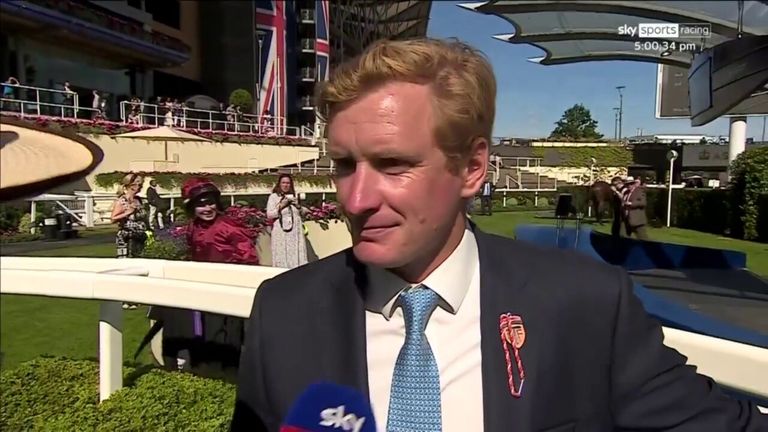 Walker enjoyed a double on the card as Random Harvest landed the Village Hotels Fillies' Handicap after a determined ride from Saffie Osborne, denying Dobbs and Hannon a double with 50/1 System with favourite Washraa in third.

Jason Watson had earlier followed a similar route in front of the grandstand when steering Peter Chapple-Hyam's Defence Of Fort (12/1) to an impressive victory on debut in the British Stallion Studs EBF Restricted Novice Stakes.

It marked an important moment for Watson as he celebrated his first success since returning from a month out injured with a fractured collarbone.

There was a tight finish to the Hi-speed Services Handicap as 4/1 shot Bague D'Or held off the challenge of favourite Berkshire Breeze to win for trainer Chris Wall and jockey Neil Callan.