Adam Swift and Mahe Fonua both crossed twice, with Jake Connor also grabbing a try for Hull FC late on; Castleford had led through an early try from 17-year-old debutant Jason Qareqare 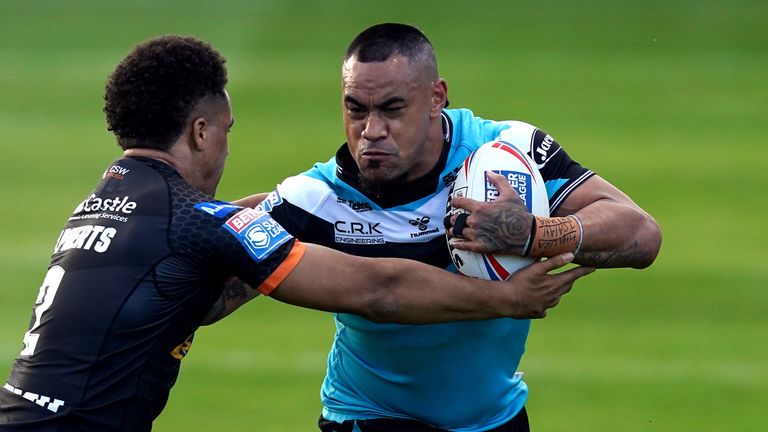 The short-handed Tigers gave a debut to 17-year-old Jason Qareqare on the wing and the Kippax Welfare product repaid Daryl Powell's faith with a scintillating try to put the home side in front almost straight from the kick-off.

Swift's converted try saw Hull take the lead, though, and a second from Fonua on the stroke of half-time ensured the Black and Whites were 12-6 in front at the break after Danny Richardson had briefly drawn Castleford level with a penalty. 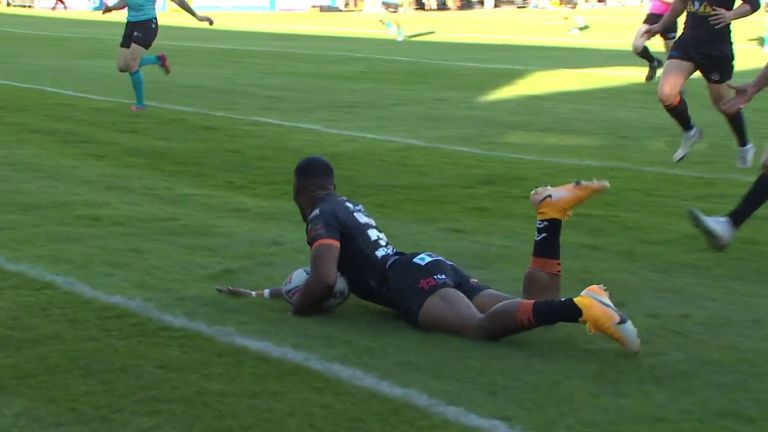 Swift crossed early in the second half to extend Hull's lead, with Fonua adding his second and Jake Connor going over late on after landing a 40-20 kick to put the seal on the win - despite Marc Sneyd being sin-binned - and condemn the Tigers to their fourth-straight loss in Super League.

Challenge Cup finalists Castleford were without six of the players who helped them defeat head coach Powell's future employers Warrington Wolves in last Saturday's semi-final, leaving them unsurprisingly unable to capitalise on their bright start and they were eventually overhauled by a more balanced Hull outfit.

Qareqare was drafted onto the wing at short notice and the home fans were probably still working on the pronunciation of the academy product's name when quick hands from Danny Richardson and Michael Shenton got him into space. Then, with the touch of a veteran, he rounded England international Connor to score the opening try.

Stunned by conceding such an early score, it took Hull some time to settle but they eventually drew level through Swift after Fonua - switched to centre in the absence of long-term injury victim Josh Griffin - proved too strong for his opposite number Derrell Olpherts.

Co-captain Sneyd edged the visitors in front with the conversion and Fonua and stand-off Josh Reynolds both went close to increasing the lead as Hull piled on the pressure.

The Castleford defence held firm and Richardson levelled the scores with a penalty four minutes before the interval, but the Black and Whites crucially struck a second time on the stroke of half-time.

Full-back Connor plucked the ball out of the air from Sneyd's accurate kick and sent Fonua over for his side's second try, which Sneyd converted for a 12-6 advantage.

That quickly became a 12-point lead when Sneyd and Connor moved the ball out smartly for Swift to cross unopposed for his second try and he was desperately close to completing his hat-trick three minutes later as he chased Sneyd's kick to the line.

Tempers then became frayed, sparked by a high tackle on Castleford second-rower Oliver Holmes, but Hull made the game safe after 54 minutes when Reynolds got Fonua charging over for his second try and Sneyd kicked his fourth goal.

The game became scrappy and was held up for more than five minutes for Castleford centre Alex Foster to receive treatment for a neck injury before he was carried from the field on a stretcher.

Hull finished the game with 12 men after Sneyd was sin-binned for a professional foul and they also lost replacement centre Cameron Scott with a shoulder injury but still managed another score when Connor stretched out of a two-man tackle for their fifth try, to which the full-back added the goal.

Castleford finished a well-beaten side but had the consolation of wrapping up the scoring when Holmes went over for a 77th-minute try. 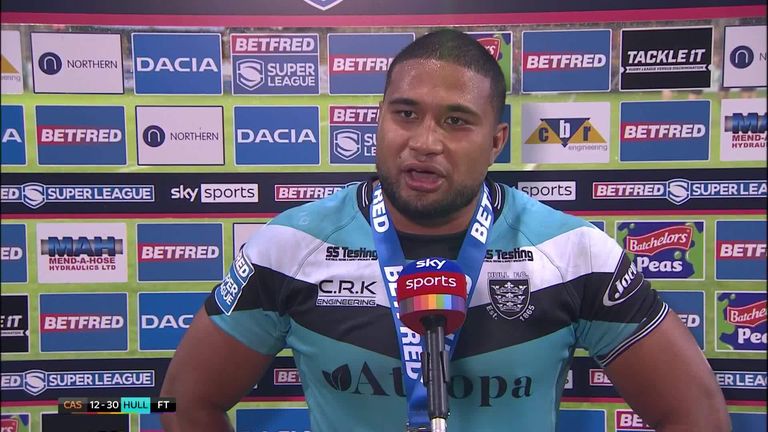