Tries from Fouad Yaha and Joe Chan secure back-to-back Betfred Super League victories for Catalans Dragons; Blake Austin with the only try for Leeds, who had Alex Mellor taken to hospital with what appeared to be a neck injury Catalans Dragons ground out a 10-4 victory on a freezing night at Headingley to leave Leeds still looking for their first win of the Betfred Super League season.

The French club produced a resilient defensive display and survived the late sin-binning of Mitchell Pearce to emerge on top from a scrappy encounter.

Without four props through injury and suspension, the Catalans began the match with former England second rower Mike McMeeken in the front row and he proved to be a tower of strength for last season's Grand Finalists.

Already without six regulars through injury and suspension, Leeds suffered another major blow with the loss of second rower Alex Mellor within three minutes of the kick-off.

The former Huddersfield player appeared to hurt his neck attempting a tackle on McMeeken and was taken to hospital as a precaution. 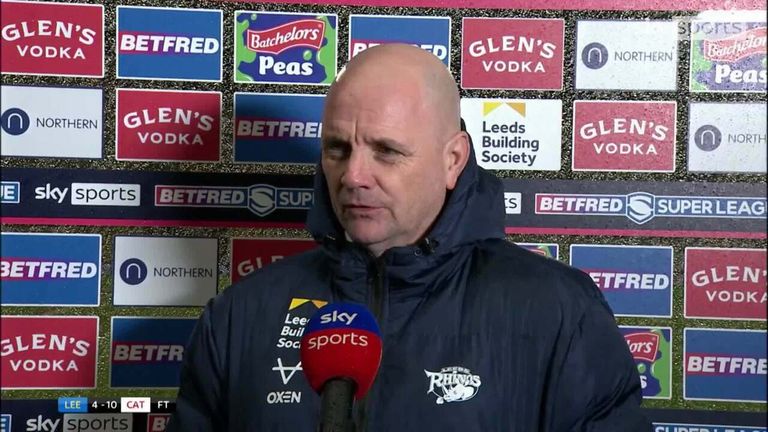 Undeterred, the Rhinos had a stiff breeze at their backs in the first half and dominated possession without being able to make it count.

Morgan Gannon produced an early break and prop Matt Prior was brought down short of the line by Catalans full-back Sam Tomkins as the visitors defended stoutly.

Leeds twice ran penalties from kickable positions and were finally rewarded after 22 minutes when Blake Austin juggled with half-back partner Aidan Sezer's pass before regathering to touch down. 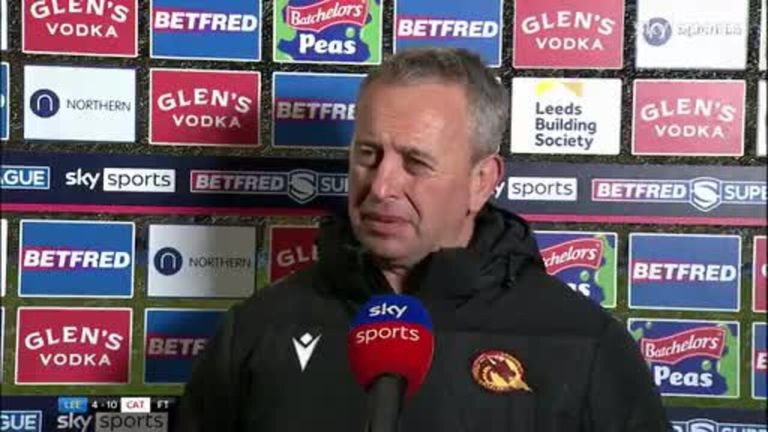 Sezer hit the post with his conversion attempt and Catalans, who failed to make the most of breaks by Benjamin Jullien and Tom Davies, drew level when left winger Fouad Yaha took Tomkin's cut-out pass to cross for his third try in three games.

Like Sezer, Tomkins saw his conversion attempt rebound off the woodwork as the teams turned around locked at 4-4.

Austin was forced off for a head injury assessment just before the break but was fit enough to return early in the second half, while the Dragons lost Tomkins with a knee problem shortly before taking the lead.

Replacement prop Sam Kasiano was the provider with a no-look pass for the impressive Joe Chan to breeze through a gap in the Leeds defence for a try that Josh Drinkwater goaled.

The Catalans thought they had extended their lead after 55 minutes when Yaha touched down Mitchell Pearce's grubber kick but the try was disallowed by video referee Chris Kendall for an obstruction on Liam Tindall.

Relieved at the let-off, Leeds went in search of an equalising score but their hopes disappeared when Austin's cut-out pass to Tindall was intercepted by Yaha.

Pearce was shown a yellow card 15 minutes from the end for a high tackle on Tindall but the Rhinos were still unable to breach the hard-working Dragons defence.