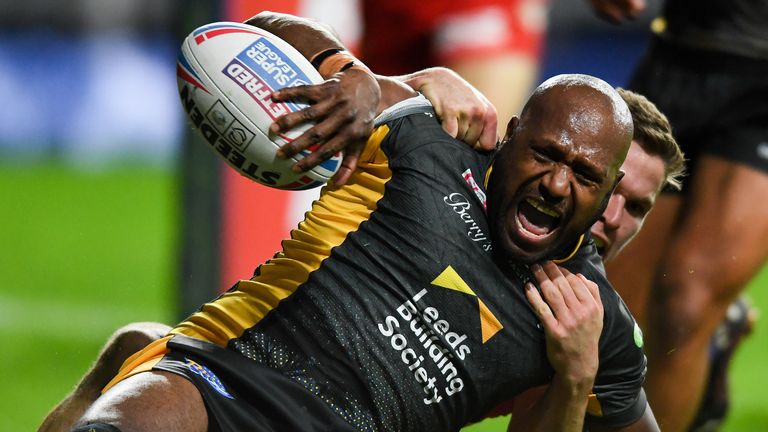 Veteran stand-off Rob Lui signed off from Headingley in style with a vintage performance to help Leeds to a 36-12 win over Hull KR as they earned a trip to Wigan in the Super League elimination play-offs.

Lui, who is bringing his professional career to a close and returning to Australia at the end of the season, scored the opening try and tormented the Robins all night with his creative skills as the Rhinos ended the regular season with five wins from their last seven matches to clinch a fifth-placed finish.

Leeds have won the Grand Final twice from fifth and they are expected to have a host of forwards back for next Thursday's trip to the DW Stadium, where they triumphed 14-0 a month ago.

Hull KR were well beaten but a sixth-placed finish is a tremendous achievement for last year's wooden spoonists and they will not fear an away tie against Warrington next Friday.

FULL TIME | What a way to end the regular season! A resounding 36-12 win over the Robins on home soil.

Next, the @SuperLeague play offs! pic.twitter.com/rg9aA3dSu9

Castleford's defeat on Thursday night took away the jeopardy but Rovers' former Leeds coach Tony Smith still named his strongest available team, with Jimmy Keinhorst and Will Tate filling the holes created by the loss of injured duo Ryan Hall and Greg Minikin to season-ending injuries.

Hull KR enjoyed most of the early play, with half-back Jordan Abdull pulling the strings to good effect, but the Rhinos defence looked assured throughout.

Leeds opened the scoring against the run of play, with Lui bamboozling the visitors' defence with his remarkable footwork to jink his way to the line.

The Robins drew level five minutes later when centre Brad Takairangi swooped on a stray pass from Leeds winger Ash Handley on halfway and sent half-back Mikey Lewis racing over for a try, which Abdull goaled from wide out.

Rovers continued to chance their arm but they lacked penetration and the Rhinos cut loose with three further tries in the last 12 minutes of the first half to take a stranglehold on the game.

Prop Matt Prior crashed over from a short pass by hooker Kruise Leeming, who then broke through the line to create the position for substitute front rower Tom Holroyd to go in for his second try of the season.

Handley denied Rovers winger Ben Crooks a try with a timely ankle tap and, at the other end, a sublime pass from Lui released second rower Rhyse Martin and half-back Richie Myler was in support to finish off for his side's fourth try.

Martin kicked all four conversions as the home side led 24-6 at the break and they quickly added to their tally when Leeming got second rower James Donaldson burrowing his way over six minutes into the second half.

Martin maintained his accuracy with the conversion and he made it six out of six when Handley gathered in Myler's long, looping pass to produce an acrobatic finish for Leeds' final try.

Hull KR still managed to subject their hosts to intense defensive pressure and it paid off when full-back Will Dagger went over for a consolation try six minutes from the end. 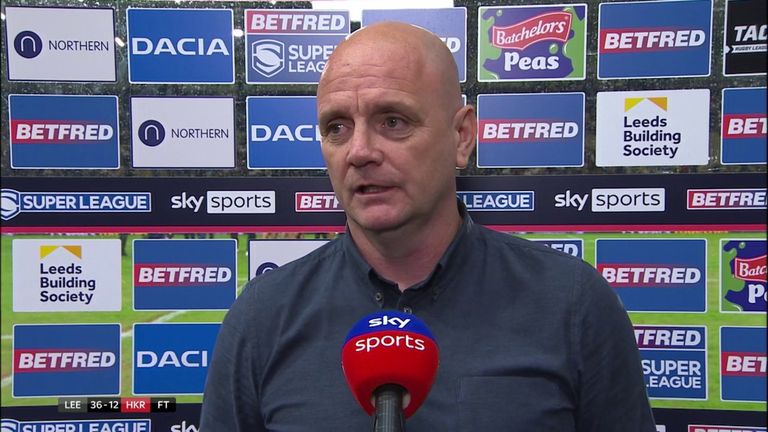 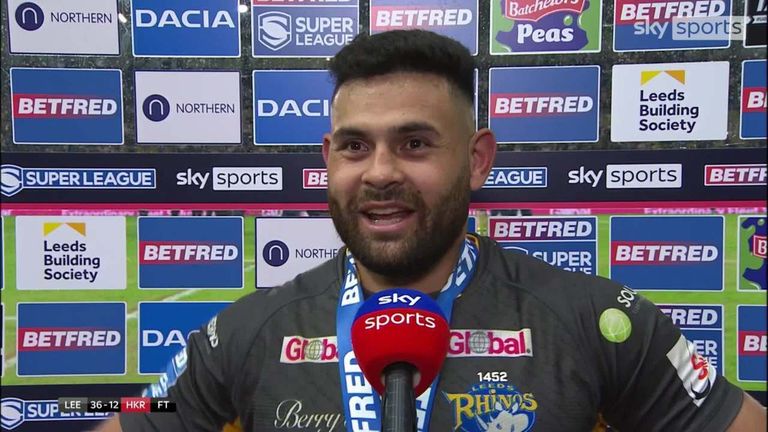 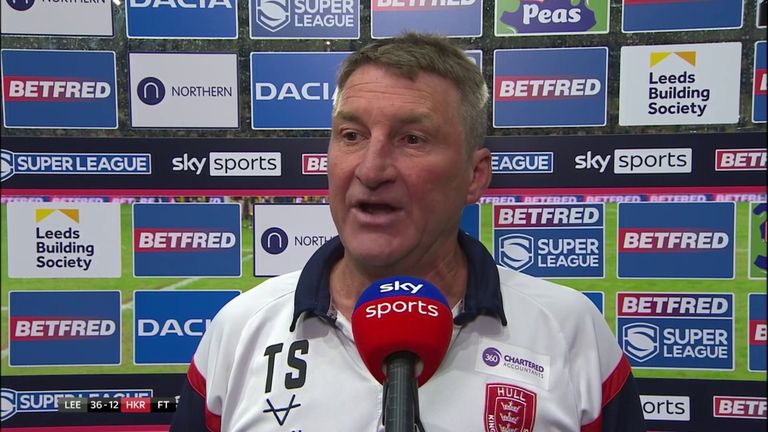