The ties that bind: Lebanon, rugby league and links to Australia

Next year marks 21 years since Lebanon made their Rugby League World Cup bow. It has led to one of the international game's great success stories, and established a sporting link between Australia's Lebanese community and the motherland

"There is something about being Lebanese, you can never put your finger on it. I'm born here but when I went there as an adult, the first time we landed in Beirut I really felt a strong connection to the place."

Those were the words of Michael Cheika, the former Australia national rugby union team head coach, after he was unveiled in November as the man to lead Lebanon at the 2021 Rugby League World Cup.

Born in Sydney to a Lebanese family, the 53-year-old is among 230,880 Australians with ancestry from the Middle East nation, with an estimated 66,000 Lebanon-born people living in the Greater Sydney area alone.

Cheika's parents emigrated in the 1950s, but many of those are the tens of thousands of refugees who fled Lebanon during the civil war in the country which raged between 1975 and 1990. Out of those horrors, though, has emerged one of the more unlikely rugby league success stories.

Next year's World Cup in England will mark the 21st anniversary of the Cedars making their bow at the sport's global gathering, when a team comprised entirely of Australia-based players provided the spark for a rugby league revolution.

It has established a sporting link between the Lebanese community in Australia and their homeland too - and Danny Kazandjian, the man who spearheaded the development of the sport on the domestic side in Lebanon in the early 2000s, knows how important that has been.

"Academic papers have been written about the links between the Lebanese diaspora and the Lebanese rugby league project and how the two cohabited to generate activity, visibility and longevity," Kazandjian, now secretary general of the sport's global governing body International Rugby League, told Sky Sports.

"The levels of emigration from Lebanon to Australia is less than it was, but there is still a really strong link. A lot of Lebanese I know in Australia, you'll think you are in Lebanon.

"They speak Arabic, some of them don't speak English very well, the configuration of their houses is very Lebanese, they've got Lebanese satellite TV and only watch Lebanese TV. Culturally, they've maintained links to the homeland even though they're separated by geography."

Lebanon's rugby league story begins with John and George Elias putting together a team for the 1997 World Rugby League Sevens, graduating to full internationals the following year and qualifying for the 2000 World Cup with victories over Italy, Morocco and the USA.

A 64-0 defeat to eventual runners-up New Zealand in the rain at Gloucester's Kingsholm was followed by encouraging performances in the 24-22 defeat to Wales and a 22-22 draw with the Cook Islands in the group stage.

Part of them being given permission to represent Lebanon was a remit to get rugby league going in the country as well though, with Englishman Kazandjian - whose connections to the nation come from his parents having met while living there - seizing the chance to spearhead that in 2002 after making contact with the Elias' ahead of their first World Cup.

It was his work which led to the 13-man code establishing a permanent presence in a country with no prior rugby league heritage, starting with embedding it in the universities and spreading from there. On the international stage though, it would not be until 2017 when the Cedars qualified for the World Cup again.

Reaching the quarter-finals of that tournament in Australia ensured Lebanon automatically earned a spot at next year's World Cup though and Cheika has seized the opportunity to coach the team after being among those supporting them three years ago.

"That tournament was a chance to show a little bit of the Lebanese culture not to just Australians but for everyone who was watching on TV," Cheika told Australia's Daily Telegraph. 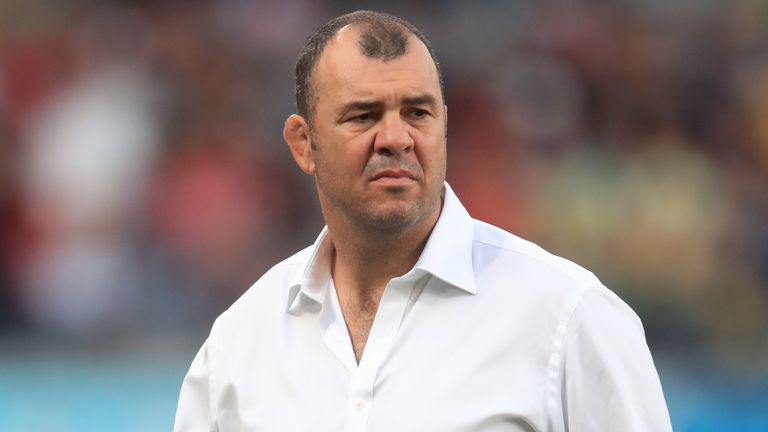 It's an unbelievable opportunity for me to do something that represents the land where my parents came from.

"Sport has an ability to bring people together, it brings out the best in people. I was watching those games, jumping up and down cheering and crying at times.

"It's an unbelievable opportunity for me to do something that represents the land where my parents came from."

Cheika is not the first big name in Australia to throw his support behind the project, with NRL stars like Hazem El Masri - formerly of Canterbury Bulldogs, a club with a sizeable support base among Sydney's Lebanese community - and, more recently, Robbie Farah having pulled on the distinctive green and red jersey in the past.

The next step though is to start integrating more players from Lebanon's domestic competition into the national team set-up rather than relying on the Australia-based heritage players, something Cheika has indicated he is keen to do.

The current arrangement sees the Lebanon Rugby League Federation (LRLF), bound by the country's sports laws, oversee the country's national championship and development programmes, while at the same time mandating the national team to represent them and the state. The expertise to run an international campaign, meanwhile, comes largely from Australia.

Kazandjian knows from his time getting the LRLF up and running how relations between the domestic governing body and the Australian arm have not always run smoothly, but added that tension can be a force for good as well as the nation aims to build on the relatively rapid strides it has made over the past two decades.

"There is no point in any sport having a national team with no cultural identity, level of visibility or recognition in the motherland and that's something the Lebanese federation is battling with - as well as other countries with strong expat communities in Australia and Europe," Kazandjian said.

"That tension has been ever-present, and it's got its pluses and minuses. The minuses are when the tension becomes too taught it can lead to animus between the two bodies.

Jamaica coach Jermaine Coleman tells Sky Sports about what it means to qualify for the World Cup and his hopes for 2021.

"When the two sides are working together it can lead to really positive results as we've seen with the great news stories about Lebanon - the most recent being Michael Chieka taking over as coach and his belief in the project. It's a double-edged sword and something they'll have to contend with in a temperate manner."