Terry O'Connor believes the Great Britain Lions concept still has a future and is vital for the development of international rugby league in the constituent Home Nations.

The Lions' return to the international stage after 12 years was something of an ignominious one, suffering defeats to Tonga Invitational XIII, New Zealand and Papua New Guinea on this winter's Southern Hemisphere tour.

But Sky Sports rugby league expert O'Connor, who won 14 Great Britain caps during his playing career, is in no doubt the brand still retains its lustre and that the team should not be shelved again as a reaction to some disappointing results.

"I think the Lions is more than just one series," O'Connor told Sky Sports. "When most people of my generation were growing up, they never said they wanted to play for England, Ireland, Scotland or Wales in rugby league, it was always you wanted to play for Great Britian.

"The team and the brand was massive, and it only changed when they decided they were going to break up into individual teams and go for draw-down funding. Then the brand of England Rugby League became bigger and that lessened the other Home Nations.

"International rugby years ago, in my opinion, got damaged by things like that, but the Great Britain brand is bigger than anything and you can't just dismantle it because of a poor tour."

England will return next year for a mid-season Test match and a three-match Ashes series against Australia, followed by the four Home Nations taking part in the World Cup on these shores in 2021. 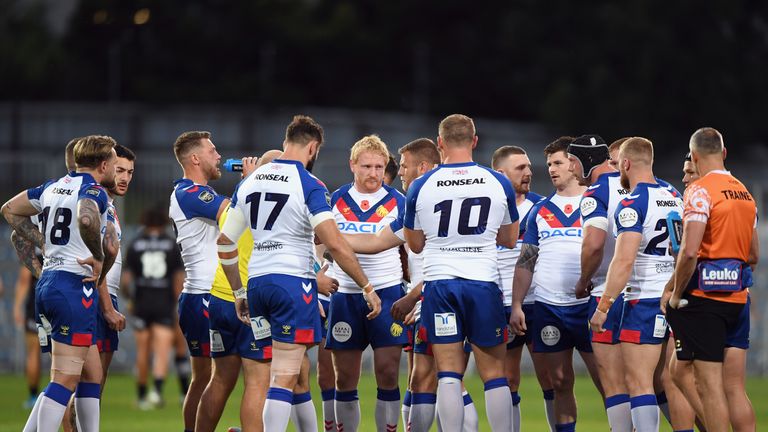 "If Great Britain hasn't got a future, I would fear for the Home Nations going forward."

O'Connor, a former Ireland international, feels the Lions are a way to encourage development in the other Home Nations by offering more opportunities to face the likes of the Kangaroos and New Zealand without players having to declare for England.

"We're always on about expansion, but how do you spread the game to Ireland, Scotland and Wales when everything is England-centric?" O'Connor said.

"Anyone who has got heritage in one of those other Home Nations has been told in the past 'you've got to play for England' - and they want to play for England because they're going to be the ones involved in the clashes against Australia, New Zealand and now Tonga.

"If Great Britain hasn't got a future, I would fear for the Home Nations going forward."

Bennett 'is not a bad coach'

Wayne Bennett's position as England head coach has come under the spotlight following Great Britain's dismal showing this winter under his stewardship, with some calling on the RFL not to offer him a new contract.

The 69-year-old Australian has been in the position since 2016, leading England to a narrow defeat to his homeland in the 2017 World Cup final and then winning last year's home Test series against New Zealand 2-1.

Fellow Sky Sports pundit Phil Clarke believes it is time for Bennett to move on, but while O'Connor questioned some of his selection decisions for Great Britain he is still of the opinion the seven-time NRL Premiership winner is one of the stand-out coaches in rugby league.

"It's the same Wayne Bennett who got to the final of the World Cup in 2017," O'Connor said. "Do I think some of the decision to pick players and play them out of position was right? No I don't.

"The squad was thin in certain positions, but does that make Wayne Bennett a bad coach? He's picked the side he thought was going to do the job.

"People can say he got it wrong, but that's what he's paid for. Wayne Bennett is not a bad coach, but this series it has not happened."

O'Connor is in no doubt Bennett has the respect of the players as well, even though his public persona means some outside the England team have not warmed to him.

"His job is to get the best out of the players and he didn't do that on the Lions tour, and when I watched those games it was terrible - but everyone who was involved in the tour will tell you it was terrible.

"Again though, I wouldn't judge an individual or the group on that series."

What comes next for the Lions?

The RFL have pledged to hold a review of Great Britain's tour, with chief executive Ralph Rimmer and director of rugby Kevin Sinfield the men leading the enquiry.

Aside from the obvious that performances on the pitch were not up to the expected standard, O'Connor does not believe there will be any startling revelations to come out when the staff and players involved are interviewed as part of the review.

"I've heard from players and talked to people who went on tour, who said off the field everything was great," O'Connor said.

"It's a place you wouldn't book it to go on holiday with the wife and the family, but it's one of the best places I've ever been. There were people walking for a couple of weeks from the Highlands to watch PNG against Great Britain when we were there."

Indeed, O'Connor's own experiences of playing international rugby for Ireland at the 2000 World Cup under Steve O'Neill and Andy Kelly have led him to feel the best way to get a national team performing is moulding the individual players together rather than the technical aspects of coaching. 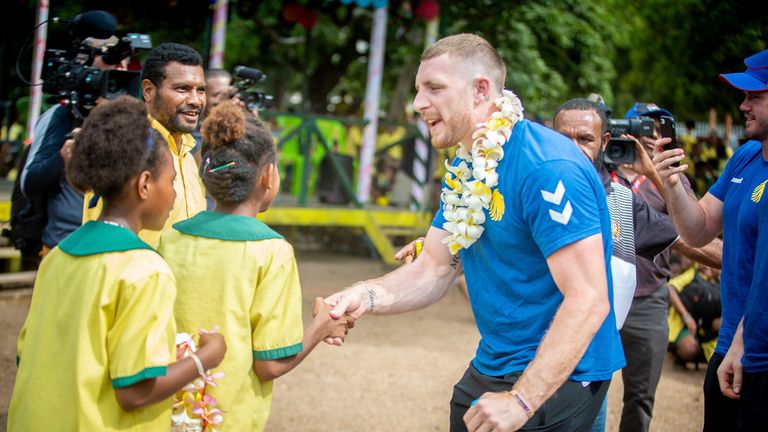 "I think it's about keeping those players happy, letting them perform and making sure when they go out there they've got no distractions whatsoever," O'Connor said.

"Steve O'Neill and Andy Kelly had that in abundance. The Ireland side has always over-achieved and from being a part of the squad in 2000, what made us overachieve was the bond we had together.

"(Former Wigan team-mate) Kelvin Skerrett said to me in 1994: International rugby is a bloke's opinion. It doesn't mean that it's right or wrong, he gets judged on what he does - and Kelvin was bang on.

"The big questions is: What do you want your team to look like and what do they need to thrive off?"