There is a passion and intensity which bubbles away just below the surface of Toulouse Olympique’s otherwise calmly-spoken head coach Sylvain Houles.

The former France international is particularly enthusiastic about growing rugby league in his homeland, with the sport enjoying something of a renaissance there thanks to the exploits of his club and Catalans Dragons in the UK domestic leagues.

It is a much-changed landscape since Houles, then a teenage three-quarter, crossed the Channel to embark on a career which included spells with Huddersfield Giants, London Broncos and Wakefield Trinity at the turn of the century.

But the 38-year-old sees much work still to be done in France to get Elite One, the country's top division, producing players who can withstand the rigours of the British professional game and help rugby league in the country kick on.

"It's changed quite a lot - and sometimes not in a good way, it has to be said," Houles told Sky Sports. "I discovered professionalism in England and now it's there in France with the Catalans and us, but I believe the game was a little bit tougher 15 or 20 years ago.

"The big thing in France is attacking technique, which is different - and it's also refereed differently. That's another thing, the English and French federations need to sit down and make sure we have the same rules, otherwise it's ridiculous."

Houles has been involved with Toulouse since playing for them in their first foray into the Championship from 2009 to 2012, taking over as head coach when the team rejoined the French domestic set-up.

Back-to-back Elite One triumphs in 2014 and 2015 led to a return to the British professional set-up, winning promotion from League One at the first attempt via the play-offs after suffering a surprise defeat to Rochdale Hornets in the title decider.

A third-place finish in TO's first season back in the Championship in 2018 was followed by coming second behind the other overseas team, Toronto Wolfpack, last year. 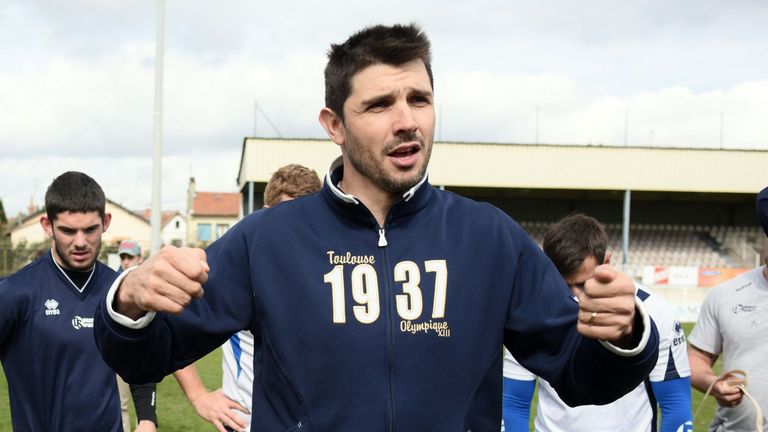 "It tests us mentally and physically in terms of our of rugby, which is brilliant, but now it's important we get to Super League in terms of the finances because it's hard to survive in the Championship."

However, promotion to Super League eluded them as Featherstone Rovers put on a scintillating display to triumph 36-12 on the road in the play-off preliminary final and Houles is well aware of what the cost would be if Toulouse miss out again in 2020.

"To be involved in that kind of Championship is great and it's exciting," Houles said.

"It tests us mentally and physically in terms of our of rugby, which is brilliant, but now it's important we get to Super League in terms of the finances because it's hard to survive in the Championship.

"The costs are the same whether or not you're in Super League because you have to fly, and pay for accommodation and the logistics." 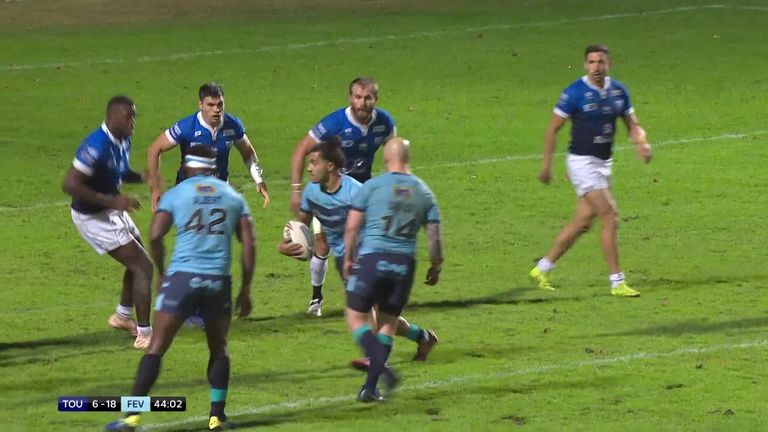 Not just that, but Houles knows how much of a shot in the arm it would be for rugby league in France to have another team from the country competing alongside Catalans Dragons in Super League.

Toulouse and the 2018 Challenge Cup winners are forging ever-closer links for the betterment of both themselves and the sport in the country as a whole, including entering into a dual-registration agreement last year.

More recently, the teams held an opposed training session last weekend and go head-to-head in a pre-season warm-up match on Saturday. Catalans will also be part of a double-header at Stade Ernest-Wallon - which TO are now sharing with rugby union giants Stade Toulousain - in May.

But while Houles is happy to work with Dragons boss Steve McNamara for the greater good of the 13-man code in France, he knows any friendship will go out the window if the time comes when the two clubs are squaring off against each other in Super League.

"We've got a good relationship and we work well together," Houles said. "We want to help them as much as we can and they want to help us, which is why we had an opposed training session and we're playing them on Saturday.

"But it's not going to be anything friendly and even when we were opposed at training it was a bit...well, they're all competitors! But the goal of me and Steve is to help French rugby league.

"We're on the right path and to have a second team in Super League would be huge. A healthy rivalry between us and the Catalans would be huge and that game would be something everyone could look forward to being played.

"We need to create a moment or something which structures everyone's minds in the south-west of France, and attract new partners, sponsorship, television and supporters to a big moment two or even three times in a season."