Phil Clarke has issued a stark warning about the potential consequences for rugby league if the coronavirus outbreak means the 2020 season faces a lengthy suspension.

The season has already been suspended until at least April 3, although the expectation is the shutdown is likely to continue beyond then and several club officials have already voiced their concern over the financial impact.

Others are looking for the government to provide assistance and Sky Sports rugby league expert Clarke underlined how precarious the situation for clubs at all levels is.

"We do know rugby league is in a very vulnerable position," Clarke told Sky Sports News. "I doubt that it could survive without support for two or three months, maybe for two or three weeks.

"All of the major sports have met with the Department for Culture, Media and Sport to suggest support packages which may be needed to be put in place.

"I accept this is a challenge for society, not just sport, and everybody in every walk of life needs some help and support at this time.

"But I think the government recognises what a vital role sport plays in this country. It's almost like a healthy glue that holds many communities together and that's why it's essential we keep sport alive here for when the crisis is finally over." 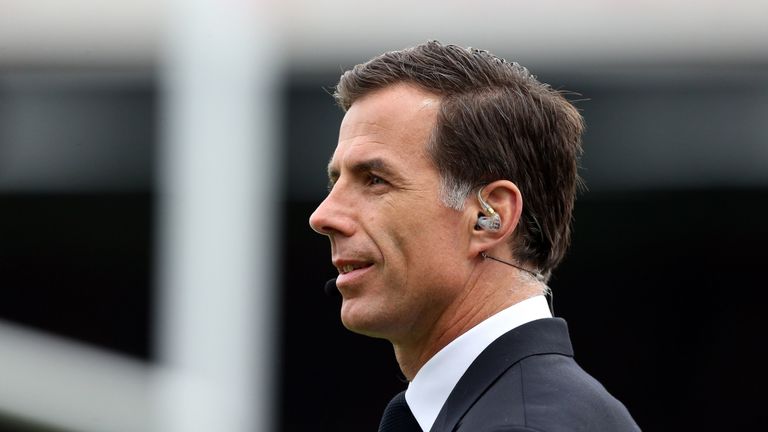 Sport is almost like a healthy glue that holds many communities together and that’s why it’s essential we keep sport alive here for when the crisis is finally over.

Super League executive chairman Robert Elstone has already stated the competition may need to look at altering the format when rugby league does eventually resume in a bid to ensure the 2020 season is completed.

So far, just seven rounds of matches have been played in the competition, although several clubs already have outstanding fixtures due to matches being postponed for various reasons.

Matters are complicated by the fact Toronto Wolfpack and Catalans Dragons are both based overseas, with the Canadian and French governments having put in place their own travel restrictions to get the coronavirus outbreak under control.

Clarke drew comparisons with the 1962/63 season, which saw most games called off for three months due to extreme cold weather and resulted in some teams playing as many as 10 games in May to ensure the campaign was completed.

"If I were to be optimistic and guess the season was suspended for 12 weeks, I'd like to think that by playing midweek games we'd just about be able to get to a Grand Final by mid-November," Clarke said.

"We'd obviously have to shorten the play-offs and perhaps just have first against second in an eventual Grand Final, and play more games during a condensed period.

"We'd obviously need to be sensible and find a compromise, but I think the ideal scenario is we do conclude the season in 2020."

In Australia, the NRL has chosen to continue their competition behind closed doors for now, but is considering another proposal to keep the season going.

It would involve relocating all 16 teams, including the New Zealand Warriors, to the Queensland town of Calliope for them to train and play games in the surrounding area.

Clarke does not know whether the NRL will be able to carry out such a bold plan, but understands why both them and the Australian Football League - due to kick off its 2020 season on Thursday - are eager to continue if possible.

"It's a radical proposal to keep the season alive," Clarke said. "It's to take all of the teams to a small town in northern Queensland which has a camp set up, and they would locate 16 teams in there with training facilities.

"The games would then be played behind closed doors in three stadiums relatively close to the town they would live in during that period.

"I don't know whether it will continue and to further complicate that, the New Zealand Warriors are still in Australia having played their first-round game there and would potentially have to stay there for weeks, if not months.

"These are drastic times and every sport around the world is looking at their options to keep the sport alive, which obviously keeps people happy."