For those fortunate enough to know Rob Burrow, they refer to him as strong, exceptionally positive, determined, charismatic, inspirational and something of a prankster.

"Mentally I'm great," Burrow told Sky Sports. "I didn't know I would be this positive about it. Apart from my voice I'm feeling alright. My voice makes me sound a lot worse than I am."

MND is not currently on the list of those especially vulnerable to coronavirus, with patients being considered on a case by case basis by their medical teams. However, Burrow has called for sufferers of MND to be automatically included in this group.

"I have no idea why they wouldn't," Burrow said. "I think because it's not a great massive disease, I don't think they really care about it.

"Like cancer is massive so they put a lot of money in that. But MND is tiny so they seem not that bothered, but all they have to see is the daily life of somebody suffering and you know they're vulnerable."

Given the current circumstances, it has been almost five weeks since Burrow last left his house, but as always with Rob, the glass is half full. 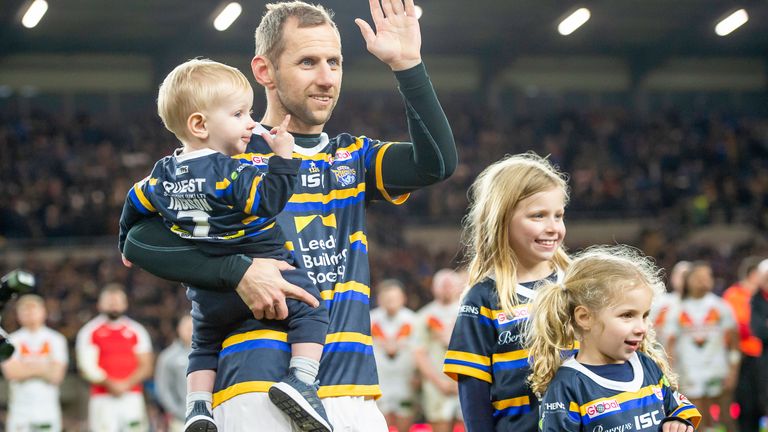 I try and be as active as I can with them, but now I'm not as fit, so they run me around a bit, but I try and keep up

"It's not too bad," Burrow said. "Thankfully we have a decent garden and I like being at home, so I'm not too bad.

"I'm absolutely loving the kids being at home, they are keeping me entertained."

The 37-year-old and his wife Lindsey certainly have their hands full with three young children. Macy, who is eight, four-year-old Maya, and their youngest Jackson, who is one.

"Maya started to cut my hair and I had loads of chunks missing," Burrow said. "Thankfully, Lindsey saved the day. I thought, 'Maya go on I'm not bothered, I'm locked down, who cares anyway?'

"I try and be as active as I can with them, but now I'm not as fit, so they run me around a bit, but I try and keep up."

Burrow is one of the most successful players in Super League history. Standing at just 5ft 5in, the half-back or hooker won eight Grand Finals, two Challenge Cups, three World Club Challenge titles and the League Leaders Shield on three occasions.

As far as individual honours go, he was named in the Super League Dream Team three times and won the Harry Sunderland Trophy for man of the match in the Grand Final twice.

"I'm lucky enough to have played with a great team, a great club," Burrow said. "When I look back I can't believe I used to play the game. It's so tough and it took me to finish playing to realise how tough the game is.

"The hits, the fitness, I can't believe I played the game against all those big guys." 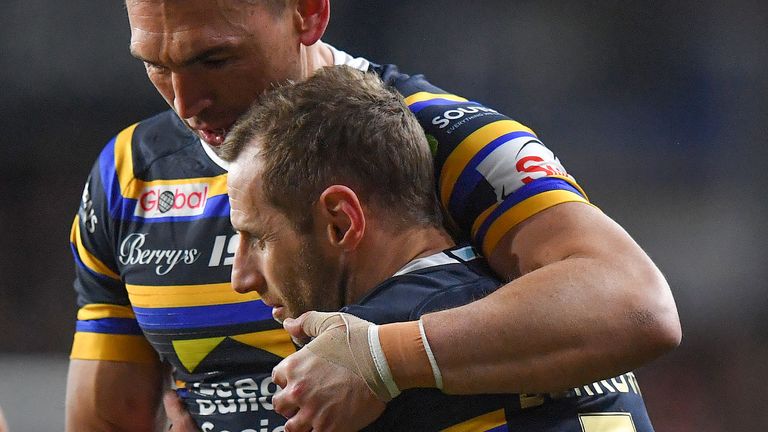 I felt like someone uppercut me with emotion and you know what? It took me one minute to calm down and there was only four minutes left

But of all his achievements, his finest, he admits, unfolded earlier this year at Headingley, in front of more than 20,000 fans.

It was Jamie Jones-Buchanan's testimonial, but JJB shared the special occasion with his mate.

"Out of all those games, that meant so much," Burrow said. "Nothing will ever compare to that.

"It was only there and then, when I ran on, I got a feeling that I have never felt before. I felt like someone uppercut me with emotion and you know what? It took me one minute to calm down and there were only four minutes left."

If you ask Rob's good friend and Sky Sports rugby league pundit Barrie McDermott about his former Rhinos team-mate, he calls him "the biggest practical joker by far".

"And one time he snuck up behind me while I was catching my breath after a tough field session, while we were on a preseason camp in Lanzarote, and the 10 stone Rob shoved me at 18 stone in the pool fully clothed."

Generous is another word often used to describe the former England and Great Britain international.

He made a donation to help Hull KR's co-captain Mose Masoe, who suffered a career-ending spinal injury in January.

The money came from proceeds raised at a gala dinner held in February to help raise money for Burrow and his family.

"I'm lucky enough to be at an amazing club with a lot of amazing people supporting me so it's only fair that Mose, a rugby league brother, like me had a bit of bad luck," Burrow said. "More than happy to help him and his family out.

"We're a rugby league family and that's the amazing thing about our sport."