"I think there's been a higher power involved in giving me a second chance," says former Salford and Hull FC forward Turgut

On May 20, 2019, exactly a year ago, at the top of a three-storey car park at the airport in Ibiza, Jansin Turgut tried to take his own life.

It was a fall that left the former Salford Red Devils and Hull FC forward with every bone in his face broken, fractures to his lower back in five places, a smashed pelvis, and both legs broken.

The incident left the then 23-year-old on life support and, initially, Turgut underwent a 10-hour operation while surgeons worked on putting his broken bones back together.

A year on, Turgut appears happy, and spends his days in lockdown continuing his recovery. He believes his recovery was somewhat of a miracle.

"You know, I'm just very grateful," Turgut told Sky Sports. "In my opinion, I think that there has been a higher power involved in giving me a second chance."

The surgeons who worked on his knees and legs said Turgut would walk again, but would struggle to climb upstairs.

"I only learned how to walk again nine months ago," Turgut said. "I've been doing some stair sessions as fitness, and not just struggling to get up them.

"My return to running is a process. I'm building my strength back up and it's looking a lot more fortunate a month down the line than where it was maybe this time last year."

When asked about the time his mental health started to decline, Turgut struggled to recall a particular moment. Instead, he believes it was more of a series of events that triggered his unhappiness.

"Even in terms of a rugby player, if you don't get picked or you might not be getting offered a contract, pressure, stress - it kind of just built up and then in the build-up of things, it probably led to where it led to. 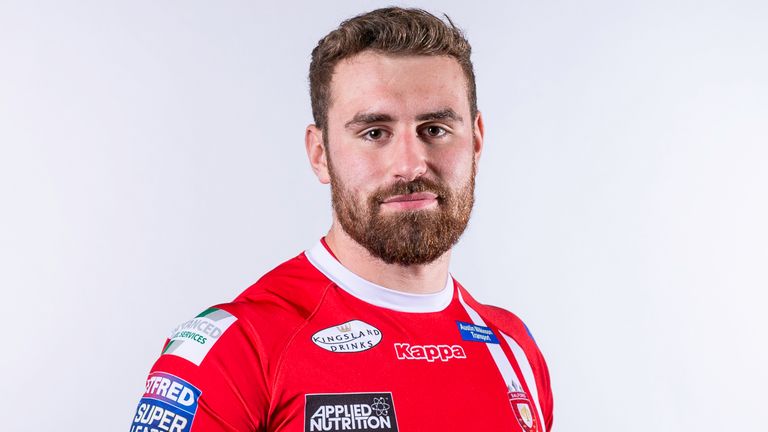 Definitely talk, even if it's just asking someone for an opinion. They might be able to give you not the answer you're looking for, but the answer you need to hear.

"Without knowing what I know now, of how to deal with those things and how to manage your skills and adapt to it, it can be a hard thing to deal with."

In this interview, Turgut does not talk of regrets specifically, but the 24-year old did admit he wished he had asked for help, or even just spoken to someone - a friend, or family member.

"I probably didn't realise that I needed it as much as I thought I did, so I wasn't actively seeking it," Turgut said.

"It was probably one of those things where once you realised you had a few things you were dealing with, it was quite far gone and you can't put a pin on when it really started."

His message to anyone who may be facing similar demons to the ones he faced in May last year is to seek help and speak out.

"Speak to somebody, whether it's a close friend or a family member, a loved one, somebody you can trust. It might not have to be a professional," Turgut said.

"It doesn't make you weak. That's one of the things around sportsmen now especially, the macho front, that you'll look inadequate or you'll look weak if you speak.

It’s OK to not be OK!
It’s OK to talk 👌🏼 pic.twitter.com/1qxJHNvZXP

"Definitely talk, even if it's just asking someone for an opinion. They might be able to give you not the answer you're looking for, but the answer you need to hear."

So, where does Jansin Turgut see himself in five years' time?

"I definitely would like to be in and around the sport," Turgut said.

"I don't know exactly what that is right now, but I do know I'd like it to be within sport and I'd like to be helping people that have been or are going through the process of mental health."