Sam Tomkins is keeping a close eye on how former club New Zealand Warriors fare being based far from home, knowing Catalans Dragons may have to do the same when the Super League season resumes.

The Auckland-based Warriors have relocated to Gosford, New South Wales, as part of the NRL's efforts to get the 2020 season restart following a two-month suspension due to the coronavirus pandemic, playing home games at Central Coast Stadium.

Catalans full-back Tomkins is hopeful the Perpignan-based team will be able to play home games when Super League eventually gets the green light to play again, although he is aware they must be prepared to do likewise as major sport events in France are currently suspended until September.

"We've had to think about that," Tomkins told the Golden Point vodcast. "If our options are relocate or don't play, I'm sure we'd have to do the same as the Warriors and do whatever it takes to get the season back underway.

"I think what the Warriors have done is a huge, huge sacrifice and that's why it was so disappointing to see their performance at the weekend.

"Leaving your family for months on end, staying in hotels and just on 24/7 rugby mode, which isn't fun, to make it all worthwhile you need to put some performances in. 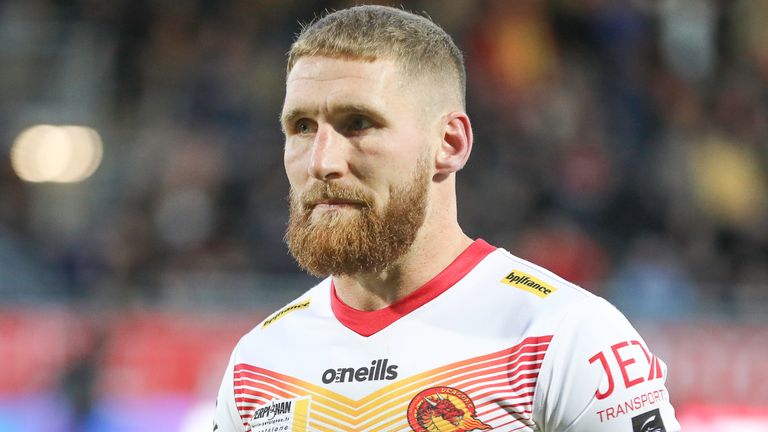 It's interesting to see how the Warriors will go throughout the season because it is a worry we'll have to do that, and maybe learn some lessons from how the Warriors are doing it if needed.

"It's something which has never happened before and it's interesting to see how the Warriors will go throughout the season because it is a worry we'll have to do that, and maybe learn some lessons from how the Warriors are doing it if needed. Hopefully we won't be in that situation."

Tomkins, who spent the 2014 and 2015 seasons in the NRL, retains an affinity for the Warriors and looks back fondly on his time playing in New Zealand.

However, the England international admitted his decision to forego surgery on an injury during his second year prevented him from playing to the standard he would have expected of himself.

"Certainly my second season, I picked up a knee injury and because I knew I was leaving, I tried to battle through it and play, which was the wrong thing to do," Tomkins said.

"But overall, I was pretty inconsistent when I was there due to that and certainly with the team, we weren't at the standard we should have been for the squad we had.

"That doesn't take away from the fact I loved the two years there. It's a great club full of brilliant people and a great country.

"I loved living there and I'm very happy I had the experienced. It's made me a more rounded person and player, probably."