Jenna Brooks has the latest from the NRL, including James Graham's expected return to Super League, a surprise sacking and Manly Sea Eagles' injury concerns...

It looks like James Graham has played his final game for St George Illawarra Dragons and will return to St Helens imminently.

Last week the Dragons released a statement saying the club had been involved in discussions with the prop about an opportunity for him to return to Super League with immediate effect.

Graham admitted it was a massive decision, but he's excited for the opportunity to return to the club where it all started.

"There were a few scenarios going around and some cause and effect situations back home and I had to think things through," Graham told NRL 360.

"I had to work out what I wanted to do and what effect it would have back home and also on the Dragons as well.

"It wasn't an easy decision, but this gives me the opportunity to go home and finish my career where it all started and play out the next six months and then move on to the next chapter." It wasn't an easy decision, but this gives me the opportunity to go home and finish my career where it all started and play out the next six months and then move on to the next chapter.

The England and Great Britain international left St Helens for the NRL to join the Bulldogs in 2012, where he spent six seasons. In 2018 he moved to St George Illawarra.

The Dragons are currently 12th on the ladder, having one just two from six games.

"Yeah it was tough, I'm not normally a quitter and I hope this doesn't perceive me as one.

"You've got a coach there who I would walk to the end of the earth for and a playing group that I am incredibly bonded to.

"I think good times are around the corner. But I had to make it about me and the opportunity that was presented to me in order to go home and finish my career there."

New Zealand Warriors made the surprise decision to part company with coach Stephen Kearney after they lost 40-12 to South Sydney Rabbitohs.

The timing of the decision has been questioned, given the pandemic has seen the Warriors leave family and friends behind in New Zealand and relocate indefinitely to New South Wales in order to ensure the competition could continue.

The decision also came as a massive shock to Kearney's players, with back-rower Tohu Harris admitting it was Kearney who was 'the one person that was holding this team together'.

"It's been a huge shock and we're still pretty upset by the news," Harris said. 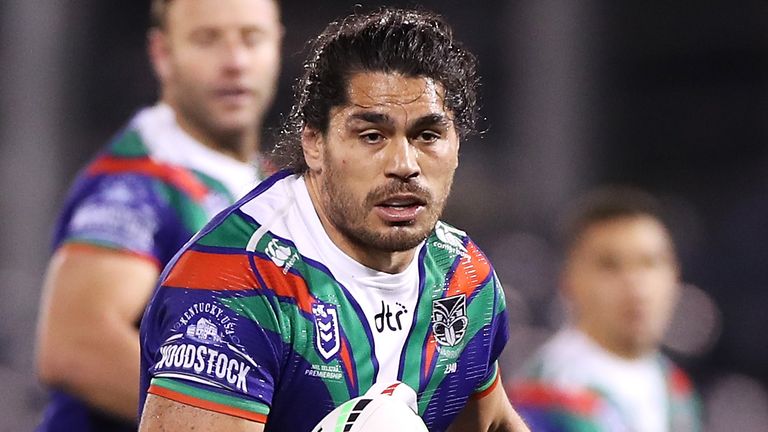 It’s been a huge shock and we’re still pretty upset by the news.

"I'm feeling for Mooks [Kearney] and his family now. I feel personally that it wasn't deserved, especially with the players and how we feel that we let him down."

The Warriors CEO Cameron George said the decision wasn't made because of the heavy defeat in Round 6, but it was the club's results over the last year.

Kearney, who had been in charge for more than three years, led his team to the play-offs once, when they finished eighth in 2018. In 2017 the Warriors finished 13th, the same position they ended the 2019 season in.

After South Sydney's win over the Warriors there was footage of Latrell Mitchell in tears leaving the pitch.

Those pictures were followed by the full-back being consoled by coach Wayne Bennett and some of his team-mates in the dressing room.

South Sydney CEO Blake Solly revealed the pressure of being isolated from family members was the reason the 23-year-old was so upset.

"There's nothing more to it than the fact that he's a great young man, who has found this period tough, as have a lot of the players," Solly told The Daily Telegraph.

"Unlike the rest of us, the players have been unable to integrate back into society, they have been going to training and back home again. 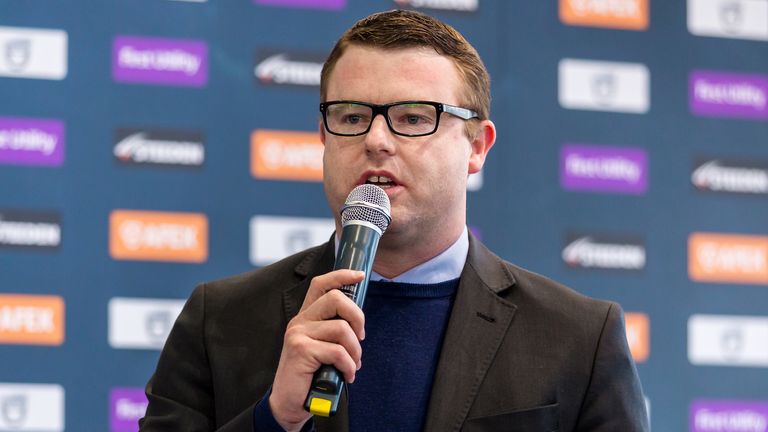 There’s nothing more to it than the fact that he's a great young man, who has found this period tough, as have a lot of the players.

"There's a whole family network that players like Latrell lean on for support, which physically, hasn't been there for some time. He's very close to his family.

"That time away can place a strain on an individual who counts on being able to see friends and family and so whether it [breaking down] was just a build-up of that after having played so well for us, it might be."

The Sea Eagles were dealt a massive blow in their hard-fought win over Canberra Raiders.

Star full-back Tom Trbojevic injured his left hamstring for a third time and is facing at least a month on the sidelines.

"There wasn't a 'pop', but I felt it go straight away," Trbojevic told the Herald. "It was the same as the other ones, except this time it's a bit lower. I've done that much work on the hammy, it'd be the strongest it's ever been, so we don't know what's going on.

"I saw the physio on Monday morning, but he doesn't know how long. I can walk around OK. It's just down a bit lower."

The Sea Eagles also lost five-eighth Dylan Walker with a broken foot, and Brad Parker to concussion in the first half of the game.