It has been more than three months since we last saw a game of Super League, but today we start the countdown to its return.

Super League has announced the top-flight competition will be back on Sunday, August 2, with the aim being for the Grand Final be played on the last weekend in November - hopefully at Old Trafford.

It returns with a bang - a triple-header, live on Sky Sports.

St Helens will take on the Catalans Dragons, the round-four match that was postponed in February due to the World Club Challenge, which saw reigning champions Saints in action against NRL premiers Sydney Roosters.

Hull Kingston Rovers go up against Toronto Wolfpack, after their match was postponed due to the fifth round of the Challenge Cup, and Huddersfield Giants will play Leeds Rhinos to make up for their game postponed due to Storm Ciara back in February. All matches will be played behind closed doors at a single venue.

Round 8 will take place the following weekend of August 8 and 9. 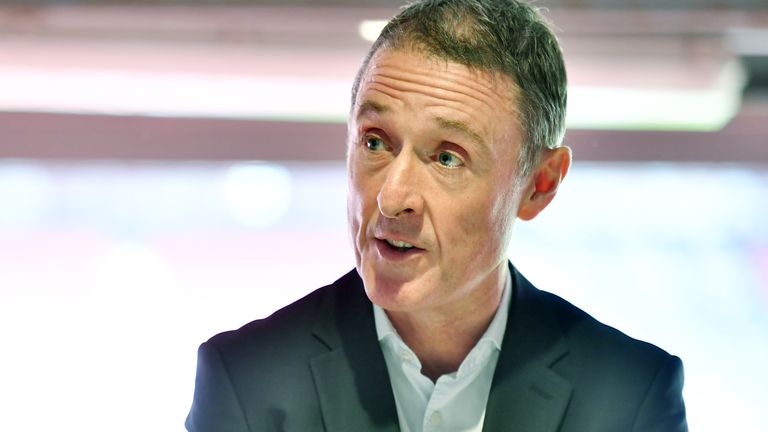 We've been working hard on this for a number of weeks, we've had a really long board meeting where we got support for a calendar.

"We've been working hard on this for a number of weeks, we've had a really long board meeting where we got support for a calendar.

"The Grand Final is looking like it will happen towards the end of November and we need to talk to Old Trafford in particular, and a number of partners about delivering that.

"But it's really positive news and fans can be excited about seeing Super League back on Sky in just five or six weeks' time."

Club officials met with Super League executives on Friday to finalise the fixture list and decide when the 2020 season would conclude.

November 28 was preferred over December 5, as it accommodates player contracts, ensures player availability and minimises the impact on the 2021 season.

What was meant to be a season with 29 rounds will be reduced to 22. With seven already played, we can look forward to 15 more regular-season rounds, with each team to play each other once.

The play-off semi-finals are planned to take place on November 19 and 20, with the Grand Final provisionally scheduled to be played the following weekend.

Meanwhile, Super League also confirmed the 2021 season is planned to kick off later than the traditional date of the first weekend in February.

"One of the things we are very minded of is the fact 2021 is an important year in rugby league with the World Cup taking place," Elstone said.

"We recognised we were finishing two months later than scheduled, so there will be allowance for that.

"Clubs will play one less home game, so there will be one fewer round, but that's all about supporting England and its desire and challenge to win what will be a great event."