England international Jake Connor played much of the 2020 Super League season in the halves for Hull FC, but the signing of Josh Reynolds looks set to see him move to full-back under new head coach Brett Hodgson

Jake Connor has made no secret in the past about his preference for playing in the halves, but it looks more and more likely that his future at Hull FC will see him employed as a full-back.

Jamie Shaul suffering a ruptured ACL in the win over Castleford Tigers saw Connor take the No. 1 position for the final three matches of the 2020 season, including him playing a starring role as the Black and Whites upset Warrington Wolves in the first round of the Super League play-offs.

It came after a season where both former boss Lee Radford and interim head coach Andy Last deployed the 26-year-old primarily as half-back, although new Hull boss Brett Hodgson has a different plan for the England international. 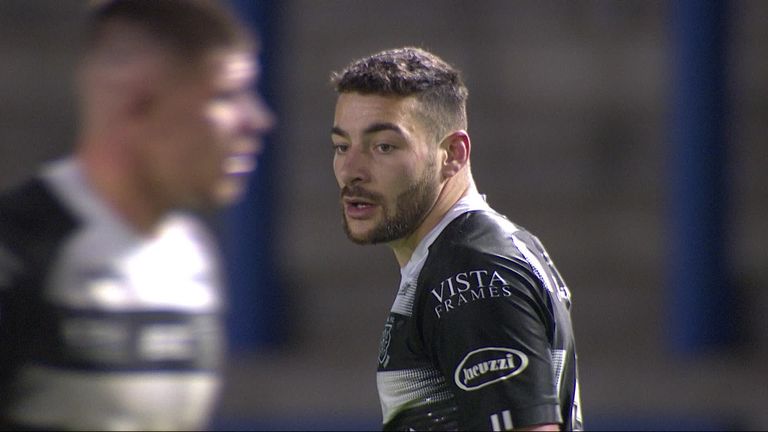 The signing of Josh Reynolds from NRL side Wests Tigers to partner Marc Sneyd in the halves will likely see Connor change positions and Hodgson is in no doubt he can succeed at full-back.

"He's got a very high skill-set," Hodgson said. "There are some players in a game who can execute a play when others can't, and you've seen on countless occasions Jake has those in his repertoire.

"The thing with Jake is he needs to continue to improve his fitness and there are a couple of minor things around being full-back that if he learns and takes on board, he will make himself even more dangerous.

"We're looking forward to him doing a good job and then you've got someone like Jamie who is educating him, even though he's out injured at the moment." 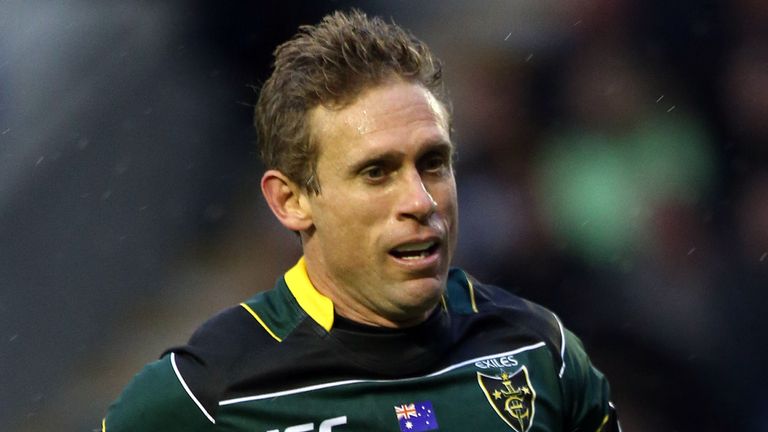 There are some players in a game who can execute a play when others can't, and you've seen on countless occasions Jake has those in his repertoire.

For his part, newcomer Reynolds has been impressed with what he has seen of Connor since Hull began their pre-season training programme too.

"Someone like Jake Connor, you can tell he's got something about him," Reynolds said.

"Like Hodgo said, they're trying to make him the complete full-back and if he gets that he'll be a very special player.

"The good thing is everyone is working hard and fighting for positions, and it's bringing out the best in everyone." Someone like Jake Connor, you can tell he's got something about him.

Connor could hardly have a better person to learn from in Hodgson either, with the Australian starring as a full-back for both Huddersfield Giants and Warrington during his seven seasons in Super League.

One area the 2009 Man of Steel has picked out for improvement is Connor adjusting his off-the-ball positioning to become more involved in the attacking side of the game when he plays at full-back, rather than waiting to get his hands on the ball.

"Sometimes a full-back, without the knowledge of where to be at the right times, always wants the ball in his hands and waits periods of time to do that," Hodgson.

"There was a game last year where he had three or four try assists, but only touch the ball 12 or 15 times in the game.

Connor has proven himself capable of slotting into various positions during his career, bringing his undoubted ability to the fore be it at full-back, centre or in the halves along with his smart kicking game.

It is those all-round skills Hodgson is keen to harness in the Halifax native, along with improving the defensive side of his game too if he is to fulfil the potential his new coach sees in him as a full-back.

"He's a confident kid, he's a very good player in his own right and some of the skill he can do other players in the competition don't possess," Hodgson said.

"We're looking at making him a more all-round player in terms of what he does off the ball, getting him in those right positions defensively and working with those combinations not only in the spine but with the forwards as well."